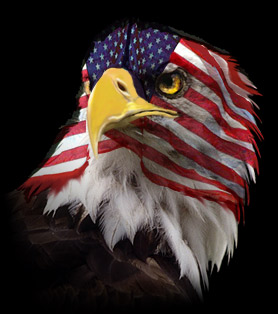 “Let every nation know, whether it wishes us well or ill, that we shall pay any price, bear any burden, meet any hardship, support any friend, oppose any foe to assure the survival and the success of liberty.”   John F. Kennedy

Self-government, once viewed as the ideal of freedom, has lost its appeal, at lease according to a World Values Survey. Only 30% of the 80s generation believe it is essential to live in a democracy, and only one-third believe civil rights are “absolutely essential.”

Everywhere you look it is easy to see the warning signs and biblical prophecy strongly indicates it will only get worse. “Destruction upon destruction is cried; for the whole land is spoiled….For my people is foolish, they have not known me, they are sottish children and they have none understanding; they are wise to do evil, but to do good they have no knowledge.” (Jeremiah 4:20-22) The Hebrew word translated sottish is saw-kawl, to be silly, foolish, dolts. Sottish itself is an old English word meaning drunken, doltish, stupid, muddleheaded, cloddish, etc. That pretty much describes the majority of the people in this world today.

The U.S. has always stood as a beacon of freedom, a nation of laws that respect and protect private property, laws that encourage innovation and facilitate the function of the market. Our democratic Republic not only prevents tyranny but gives everyday Americans the voice in how they are governed, and rights guaranteed by which the “Laws of Nature and of Nature’s God entitle them”. But none of these exist just because they are written on parchment – they exist because we agree to respect the Constitution, the Bill of Rights, and all of the protections for freedom of religion, speech and assembly, etc. that emanate from them.

Even though our nation was conceived in liberty and dedicated to the proposition that all men are created equal, our Republic declines for these very reasons.  It declines because many of our political and cultural leaders see the principles of individual freedom and equality so narrowly and childishly that these noble virtues have become vices.  It is as Frank Cronin would write, an incessant individualism.  It is a childish, immature, spoiled view of personal freedom, a freedom without boundaries or judgment.  And that view of liberty is not an oral, rational or even a practical vision.  It is, by definition, self indulgent and, by extension, sociopathic.  It is by implications the doorway to decadence and depravity.

We were once a nation of laws with an openness to the rights of life, liberty and the pursuit of happiness. All of that changed dramatically as socialist, communist, and Muslims infiltrated our government. Not that our institutions were ever perfect. The vast American bureaucracy, Congress and even SCOTUS have always relied on morality and values against undue influence by well-organized actors in society. Somewhere along the line, morality, values, patriotism, began to take a back seat to left-wing indoctrination, to infiltration of our government by those entities whose sole purpose was the destruction of the beacon of freedom.

We have survived to this point because the general consensus of the majority of Americans have held to a combination of respect for our Constitution and resilience in the face of adversity despite periods of popular discontent. But how long can we hold on when our children, our grandchildren, indoctrinated by the left-wing, have turned against everything we hold sacred?

Like spoiled children, they are envious of those who have achieved a measure of success, wrapping it in rhetoric of fairness and compassion. They demand equality for that which they have not earned. They snub their nose at the American dream while demanding open borders, socialism, redistribution, and the right not to be encumbered by morality. Where did we go wrong?

Freedom is not a virtue unless it is used rightly. Real freedom is always subject to moral review and all decisions become a matter of morality. But because our culture now distorts freedom, denying the essential moral evaluation of all free-will-acts, our nation and our culture endorse sins of all types and castigate those who rightly judge freedom’s uses along moral lines.

In the words of John f. Kennedy, “those who make peaceful revolution impossible make violent revolution inevitable.” Picture Antifa, BLM and the new KKK, all bought and paid for by George Soros.

Yet despite the writing on the wall, I choose to believe that it is never too late to correct this trajectory for if we fail our centuries old experiment will fail. Our children will never have the freedoms that we have enjoyed, will never know the patriotism that we embrace, will never embrace the God that gave us this great country.

“I believe our flag is more than just cloth and ink. It is a universally recognized symbol that stands for liberty, and freedom. It is the history of our nation, and it’s marked by the blood of those who died defending it.”  John Thune