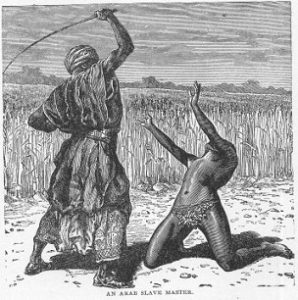 Slavery was not only an ancient institution but an enduring one. It has existed in all civilizations from the beginning of history. The Egyptians, Greeks, Romans, Russians, the Babylonians, etc. all had slaves and it was those slaves who built the great monuments that are the lasting images of those societies. Tear down the pyramids, the Parthenon, the Coliseum, the Hanging Gardens and of course those civilizations will be forgotten but why would anyone want to destroy the past?  You can’t change the past but you can and should use the past to build a better tomorrow.

Today the left is trying to destroy America’s past in an attempt to destroy America.  It is not about slavery – it is about the destruction of America and it is rooted in the Marxist hatred of freedom.   Like ISIS and al-Qaida these rebels-without-a-clue can tear down all imagined  “racist” statues dedicated to the founding and the history of this great nation but, these people could never build a country.  They have nothing to offer but hatred and destruction. God forbid that they represent the future of America.

The Arab slave trade was the longest yet least discussed of the two major slave trades. It began in seventh century as Arabs and other Asians poured into northern and eastern Africa under the banner of Islam. The Arab trade of Blacks in Southeast Africa predates the European transatlantic slave trade by 700 years, enslaving some 28 million Africans.

Arab and European trade in slavery was economically tied during the 19th century. New opportunities of exploitation were provided by the trans-Atlantic slave trade and this sent Arab slavers into overdrive. The Portuguese (on the Swahili coast) profited directly and were responsible for a boom in the Arab trade. Meanwhile on the West African coast, the Portuguese found Muslim slave merchants entrenched along the African coast as far as the Bight of Benin.

While two out of every three slaves shipped across the Atlantic were men, Muslims shipped two women for every man.  According to an article in the  Atlanta Black Star,  Muslim slaveholder were entitled by law to the sexual enjoyment of slave women who filled the harems of wealthy Arabs, bearing them a host of children.

The mortality rate for slaves transported across the Atlantic was as high as 10%, but the percentage of slaves dying in transit in the Trans-Sahara and East African slave trade was between 80 and 90%!  Dr. John Alembellah Azumah in his 2001 book, The Legacy of Arab-Islam in Africa estimated that over 80 million Black people died.

While possibly as many as 11 million Africans were transported across the Atlantic, only 5% were shipped to America while the other 95% went to South and Central America, mainly Portuguese, Spanish and French possessions.  Many children were born to slaves in the Americas, and millions of their descendants are citizens in Brazil and the USA to this day. Very few descendants of the slaves that ended up in the Middle East survived. And where they do survive, in countries like Mauritania, they are passed down from generation to generation, given as wedding gifts or bartered for trucks, guns, camels or money.

It was Christians that spearheaded the antislavery abolitionist movements in Europe and North America.  Great Britain mobilized her Navy, throughout most of the 19th Century, to intercept slave ships and set the captives free. There was no comparable opposition to slavery within the Muslim world.

Muslim slave trade is alive and well in Sudan where black Muslims are slaughtered and brutalized by Arab Muslims.  The systematic ethnic cleansing of African Muslims by Arab Muslims is behind the genocide in Darfur.   Arab Muslims are killing Sudanese Muslims because they consider them to be “too” black. The Islamic black slave trade engendered brutality, sexual concubinage, and elicited an extremely high death toll during the slave transports. It dwarfs any other slave trade in recorded human history.  So once again I must ask – if black lives truly matter – Why do black people become Muslims?

“New slave markets are appearing in Libya and the Islamic State. Yes, there is a fresh Arab Spring blooming in Libya. The problem is that Arab springs never bring anything new. An Arab spring always wants to restore the revered old – Such as slavery. Talk with any Mohammedan you like. Very few will openly oppose slavery. Slavery is sort of built into the religion. Wherever Mohammedanism gains a strong foothold, slavery re-emerges.” H. Numan

source:  Who Sold Slaves? Everybody Did; Slavery Today — Yes, it is Still Happening by African-American Registry; The Arab Muslim Slave Trade of Africans – The Untold Story; 10 Facts About the Arab Enslavement of Black People Not Taught In School by Atlanta Black Star; Arabs Have Black Slaves Today;

← “Kopimism” A New Religion
Costs of the Sexual Revolution →