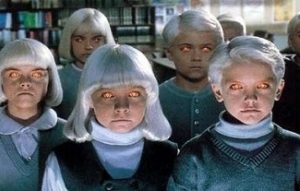 What is taught in our public schools should be subjected to a higher standard of scrutiny, which is even more important when the subject matter is world religions, Islam included.  In public schools Muslim parents would no more want their children indoctrinated in Christianity, Judaism or Hinduism than Christian, Jewish or Hindu parents would want their children indoctrinated in Islam.

If you want students in a social studies class to understand the culture of Muslims in the Middle East, teach them how in certain areas women are forced to wear burqas, hands are chopped off for minor offenses, homosexuals are thrown off tall buildings, that Christians are forbidden to own a Bible or build a church, that’s fine.  Because these are indisputable facts.    But if you want to give the religious tenets that are used to justify these human rights abuses, then present them in an elective religious studies class where opposing views to these beliefs are equally available.

Giving students a one-sided view of Islamic beliefs  is nothing more than an attempt to convert our children and in some cases, an attempt to turn our children into evangelists for Islam.    When children are asked to draw the Five Pillars of Islam to be displayed in the classroom or posted up-and-down the school hallway, this is attempt to use children to spread the message of Islam.  Thus the question posed in a report entitled “Education or Indoctrination? The Treatment of Islam in 6th through 12th Grade American Textbooks.”  You can read the report at this link.

The full report,  which took 18 months to research and write, containing some 375 footnoted citations and a bibliography of 275 sources,  goes through 38 specific textbooks, grades 6 through 12, dated 1999-2011.   It details a pattern of historical revisionism, omissions and bias in the presentation of all aspects devoted to Islam, including its theology and doctrines, its role as a world religion, its on-going struggle with Western tradition and its intrinsic anti-Semitism.

According to Islam in America’s Public Schools, with billions of dollars from the Saudi government, the Wahhabi soft jihad has entered into America’s classroom, sanctioned by our own government.  Capitalizing on the post 9/11 demand for Arabic instruction, schools are using taxpayer dollars to implement a religious curriculum which according to Stanley Kurtz of the National Review Online, has been bought and paid for by the Saudis who may even have trained the personnel who operate the university’s outreach program.  So in essence, American taxpayers end up subsiding and providing official federal approval for K-12 educational materials on the Middle East to indoctrinate their own children to a revisionist history of Islam.

Along with funding textbooks and curricula, the Saudis are also involved in funding and designing training for public school teachers. The Saudi funded Prince Alwaleed Bin Talal Center for Muslim-Christian Understanding at Georgetown University now offers professional development workshops for K-12 teachers. The workshops take place at the hosting institution and provide teachers with classroom material. They are free of charge and ACMCU throws in lunch to boot.

It’s no accident that ACMCU education consultant Susan Douglass, according to her bio, has been “an affiliated scholar” with the Council on Islamic Education “for over a decade.” Douglass also taught social studies at the Islamic Saudi Academy in Fairfax, Va., where her husband still teaches. ISA has come under investigation for Saudi-provided textbooks and curriculum that some have alleged promotes hatred and intolerance towards non-Muslims. That someone with Douglass’ problematic associations would be in charge of training public school teachers hardly inspires confidence in the system.

The power to educate the next generation is an inestimable one and a free society cedes control at its peril.  The days of the “silent majority” are no longer tenable in the face of a determined and clever enemy.