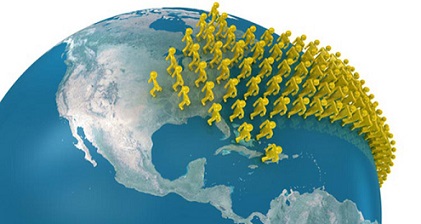 Sayfullo Habibullaevic Saipov of Uzbekistan, identified as a suspect in the deadly terror attack in Manhattan in October, gained entrance to the United States by winning the Diversity Visa Lottery, a federal program that awards green cards randomly. Since the Diversity program’s introduction in 1990, the government has awarded around one million green cards.

According to President Trump, Saipov, who entered the United States in 2010, had been allowed to bring in 23 people as a primary point of contact through chain migration which allows an immigrant to sponsor relatives in their home country.  At least two of those men who immigrated on Saipov’s chain were recorded on the government’s Counterterrorism and Criminal Exploitation Unit’s list after overstaying their visas and vanishing. Saipov was interviewed by federal agents about their cases in 2015.

The diversity visa lottery is ideally suited for terrorists since it randomly distributes visas to people who often have no family ties to the U.S. Many recipients come from countries with significant terrorist problems where fake documents and fraud are widespread.

National security problems with the lottery have long been known. At a 2003 congressional hearing, the inspector general of the State Department, which oversees the lottery, testified that the program “contains significant risks to national security from hostile intelligence officers, criminals and terrorists attempting to use the program for entry into the United States as permanent residents.”    A 2016 Immigration and Customs Enforcement list of countries that “promote, produce, or protect terrorist organizations or their members,” showed that of the top 10 countries for lottery winners in 2016, four were on ICE’s list: Egypt (No. 2), Iran (No. 3), Uzbekistan (No. 5) and Sudan (No. 7). Many other countries on the ICE list also send significant numbers of lottery winners.

Along with the diversity program, chain migration is itself a source of concern.

The 1965 Immigration and Nationality Act, introduced and cosponsored by Democrats, was pushed through the Senate by Democrat Ted Kennedy of Massachusetts. The Act not only changed the way immigration quotas were allocated by the National Origins Formula that had been in place since the Emergency Quota Act of 1921, but it shifted the focus from immigrants who would assimilate and succeed to the “broadly” defined concept of reunification of family. The Act also eliminated the firm annual cap on the number of green cards that could be issued each year to allow the immigration population to triple in only ten years. Fifty years later chain migration increased to more than 14 times higher than it was in 1965.

Every year, about one million new legal immigrants, or lawful permanent residents, are admitted to the United States. According to DHS statistics, in recent years about half of these immigrants have been what are sometimes called “initiating immigrants”, or the first in their family to settle permanently in the United States, perhaps after attending college, finding employment, as refugees from persecution, or receiving amnesty after illegal settlement. The other half are not path-breakers, but are joining family members who arrived earlier, in the phenomenon known as chain migration.

It is  time to end the Diversity Visa Lottery and to curtail chain migration. The left couldn’t have done any better if they had planned the use of these two programs to weaken our nation. But then again, perhaps that was the idea all along!