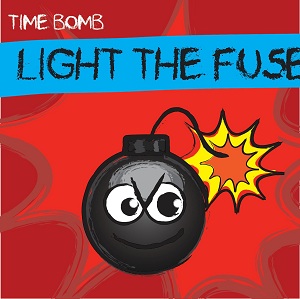 We ignore the problems brewing in Latin America and the Caribbean at own peril.

The 20 Spanish and Portuguese speaking countries south of the Rio Grande are home to over 6 million people, who account for 7% of the world’s gross domestic product, 15% of raw material exports, and 20% of oil reserves. One fifth of our crude oil imports come from Latin America, making this region more important to the U.S. energy security than the entire Middle East.

Latin America is a critical geographic zone for illegal drug production and trafficking. Acute poverty, government instability and societal breakdown are producing a crisis so potent that they could cause a meltdown equivalent to the Arab Spring. Illegal refugees spreading across our southern border, the power of the drug cartels and the insatiable demand in the U.S. for illegal drugs means that the instability could extend throughout the Western Hemisphere.

Over 12,000 people were murdered in Mexico during the first half of 2017, making it more violent than the war zones in Afghanistan, Iraq and Yemen. If the rate of carnage continues Mexico will suffer its bloodiest year in at least two decades.   Officials of the Mexican government acknowledge the “disappearance” of more than 30,000 men, women, and children even though no one honestly knows how many are “missing.”  The Veracruz attorney general says his whole state is “a mass grave.”

The arrest of drug lord El Chapo in 2014 created a power vacuum in the world’s most powerful drug trafficking organization which other cartels are fighting to fill. With some 100,000 foot soldiers at the beck and call of the drug cartels, it is easy to see why an estimated 55% of all Mexican homicides are related to drug trafficking. Ultimately, it is America’s 24.6 million drug users who are fueling a $100 billion a year industry, causing more than 21,000 overdose deaths and thousands of drug related homicides each year.

Gang violence in El Salvador, Guatemala and Honduras is making life in Central America unbearable and forcing thousands to flee. Since gang violence began escalating in 2013, the murder rate in these small nations has soared. El Salvador became the murder capital of the world in 2015 when 108 out of every 100,000 people in the country were murdered, a figure 22 times the homicide rate in the U.S. Honduras with 64 homicides per 100,000 people and Guatemala with 31 per 100,000, also have extremely high rates. An estimated 10% of the regions 30 million residents have already fled, most traveling north seeking sanctuary. In 2015 alone, more than 60,000 unaccompanied children cross America’s southern border.

Brazil is relatively stable compared to the cartel dominated drug and gang war zones, but its government is vulnerable. Last year Brazilian President Dilma Rousseff was ousted in a 61-20 impeachment. The new president, Michel Temer, has been accused of corruption, bid rigging and money laundering along with other high-ranking members of government. Spring and early summer saw numerous protests, and violence.  Throw in another 10,000 Venezuelan refugees streaming into the country  each month in search of food and medicine, intensifying an already worsening economy, and you have the potential for full scale revolt.

Since 1959, Cubans have been held in the grip of the despotic Communist Castro regime, allied with Russia and other enemies of the West. In 2013 Panamanian authorities seized a ship carrying “undeclared weapons of war” from Cuba to North Korea. We also learned from Hillary’s personal email server that Hezbollah, a Lebanese terrorist proxy of Iran, has been cooperating with the Cuban government since 2011. The Wall Street Journal reported in May of this year that Cuba had sent high ranking officers and intelligence agents to Venezuela to monitor and prevent an uprising that could overthrow Venezuela’s communist government.

Venezuela itself has been plagued by anti-government protests that have a real chance of plunging the country into civil war. Already suffering from a 5 year economic crisis brought on by their socialist economic system, protestors have been in the streets. The government responded with harsh retribution and many of Madero’s political opponents have been arrested and beaten. Venezuela’s inflation rate over the past 12 months was 460%. Reports say that nine in ten households can’t afford proper nutrition. To prevent a military coupe, along with Cuban assistance, the government has started distributing weapons to loyal civilian militia. The CIA warns that these weapons could easily end up in the hands of terrorist and drug cartels, creating an “incredibly real and serious” danger to the region.

Venezuela’s socialist collapse has triggered a migrant crisis on the border with Colombia as thousands settle in the border city of Cucuta seeking work. The PanAm Post reports that many Venezuelan students and professionals are working as street vendors trying to save enough money to migrate to Peru or Chile. Others have resorted to smuggling and prostitution. The illegal trade of state-subsidized Venezuelan gasoline into Colombia is a booming business. Many fear that the crisis unfolding in Venezuela will potentially lead to a resurgence of drug cartel activity in the nation’s eastern provinces.

Time is running out. We need to build a wall across our southern border before Latin America explodes.