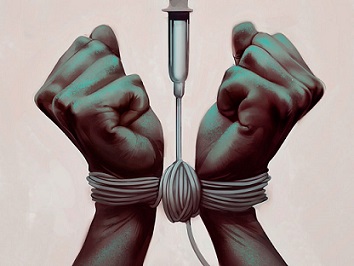 Humans are prone to push boundaries and hijack accepted practices for self-serving and even destructive purposes. There is no reason to think that assisted suicide or euthanasia would be an exception to this rule, especially with the generally accepted murder of innocent unborn children and the far-left’s demand of a right to murder a children that survived the first murder attempt.

Peter Haas, professor of Political Science at the University of Massachusetts Amherst and the Karl Deutsch Visiting Professor at the Wissenschaftszentrum Berlin, in Morality After Auschwitz: The Radical Challenge of the Nazi Ethic, explains that while it didn’t happen over-night, the “scientific moral logic” of the German people during Hitler’s reign caused them to lose (or deny) their ability to sense the difference between murder and killing. It removed from their consciousness any sense of personal responsibility for their actions in the senseless extermination of a group or groups of people because they were deemed evil or worthless, socially burdensome or simply not “worthy of life.”

Obviously we’ve learned nothing from history. While we do not have Hitler to lead us to the inevitable “new morality” that comes from acceptance that some lives are less worthy, that the murder of innocent unborn babies is a “right,” we do have left wing academics like Philosopher John Hardwig, who in his essay Is There A Duty to Die, says yes, it is a real possibility that there is a duty to die and wonders why contemporary bioethics has dismissed it without serious consideration. “A duty to die becomes greater as you grow older. As we age, we will be giving up less by giving up our lives, if only because we will sacrifice fewer remaining years of life and a smaller portion of our life plans….To have reached the age of, say, seventy-five or eighty years without being ready to die is itself a moral failing, the sign of a life out of touch with life’s basic realities.”

Euthanasia, sold in the U.S. as “assisted suicide,” is only legal in three states so we must once again look to Europe to see the evil that is growing. The Netherlands legalized euthanasia in 1984 and today we are seeing doctors that are more open to euthanizing their elderly patients for something as simple as the “accumulation of old age complaints,” rather than terminal illness. John Keown, of Cambridge University, in his book Euthanasia, Ethics & Public Policy, writes that one of the fundamental problems with public policy that allows euthanasia is the “elasticity of the concept used in articulating it.”

Originally Dutch law prohibited euthanasia except in the case of “unbearable suffering,” the original definition of which was changed by Court ruling in 1994 to include “grieving,” and again in 2000 to include “the feeling of a pointless and empty life.” In 2014 a group of academics and politicians launched a petition in support of euthanasia for the “over 70 crowd” to legalized euthanasia for anyone just “tired of life.”

Isn’t it rather diabolical that, after creating a culture in which older people, the disabled, the terminally ill, or mentally unstable do not feel welcome, society would then create a method by which they could easily do themselves in?

Besides the Netherlands, Belgium and Luxembourg allow doctors to take steps to actively end a patient’s life, usually by administering an overdose of sedatives. In Luxembourg, that patient must be over 18, while in The Netherlands children can request euthanasia from the age of 12. However, Belgium has the distinction of becoming the first country in the world to remove age restrictions, allowing children of any age the same right as an adult to be killed at the hands of another.

In Belgium, it only took six years from legalization for the “dignity of death” movement to include the harvesting of organs. Wesley Smith, lawyer, author, and Senior Fellow at the Discovery Institute’s Center on Human Exceptionalism, points out that “coupling organ harvesting with mercy killing creates a strong emotional inducement to suicide….believing that euthanasia and organ donation would give a meaning to their deaths that their lives could never have.”  Once accepted as normal, it is then only a short step for doctors to begin harvesting organs of patients who they feel are no longer worthy of life, much like Nazi Germany.

The push for death is so strong in Europe that the Dutch Voluntary Euthanasia Society established a clinic in 2012 where anyone can go to end their lives free of regulations and restrictions. An organization in Switzerland called Dignitas has also stepped up to “fill the void” for those who live in countries “anywhere” in the world where euthanasia is illegal, hoping to cash in on the culture of death movement.

The United Nations has also jumped into the fray with their new Sustainable Development Goals, giving member states a target date of 2030  to cut the number of deaths in their country from diseases like cancer, stroke, diabetes and dementia by one-third.  Notice how the diseases they mention are more prone in the older generation?  What they are telling member nations is that older people are expendable.

In reality there is no “death with dignity.” Proponents of this obscene movement are pushing for a right to kill you or whomever they wish.

“They admit they wish to be able to kill old Aunt Jane, disabled veteran Joe and ailing Uncle Bill, who just happens to be helpless and whose intrinsic worth as a human being is not ‘acceptable’ to the right to kill zealot’s’ idea of what a ‘quality’ life is. Any system of health care that can calmly contemplate the killing of the weak, the old, the depressed, or expensive is evil…. It is no surprise that they do not mention evil; they do not concern themselves with real ethics, only the manner in which the greatest profit can be made….Rationing health care is another name for determining that the unworthy of life will be executed or made, one way or another, as we have seen, to die.” Ron Panzer

Source: Right to Die, or Duty to Die? The Slippery-Slope Argument Against Euthanasia Revisited, by Charles Camosy.