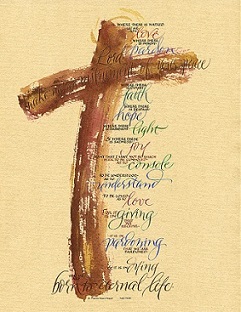 “It took but a few decades for the law written on the human heart; engraved on stone, and honored for millennia to be largely lost on the collective conscience. Today, instead of the Ten Commandments, there is one: Thou shall not judge.” Regis Nicoll

According to Answers in Genesis, we live in a world that increasingly strives to promote the idea of tolerance as long as that “tolerance” doesn’t extend to Christians. To the left “tolerance” is a concept that truth is determined by an individual, not God and thus Christians cannot make legitimate judgment on anything because we are told to judge not. Interesting enough, those who reject the very notion of God or the credibility of the Bible, often attempt to use God’s Word to excuse their actions by quoting Bible verses out of context.

Many liberal churches and left-wing politicians, when dealing with issues like abortion, adultery, homosexuality and same-sex marriage, love to beat Christians over the head with Matthew 7:1 “Judge not, that ye be not judged.” The Greek word often translated judge is katakrino meaning to judge against, to condemn.  But there is also another Greek word translated judge and that is krino, meaning to call into question, to discern, to separate.  So if those that believe we are not to judge (condemn) actually took the time to read all of Christ’s words in Matthew 7 they would discover that He is telling us we should not condemn others according to appearance, because we do not know another’s heart. Discernment carries no condemnation.  It is simply seeing things as they are with the mind of Christ.

Paul wrote in Hebrews 5:14 that it is God’s will for us to discern between good and evil.  “But strong meat belongeth to them that are of full age, even those who by reason of use have their senses exercised to discern both good and evil.”  In this verse the word discern is dokimazo, meaning to examine, to try.

Christ repeats that we are not to “Judge according to the appearance, but judge righteous judgment,” in John 7:24, drawing a distinction between condemnation and discernment. In Matthew 8:15 Christ said that if our brothers (in Christ) sin, we must rebuke them. Paul warned us in his letter to the Colossians that we are to make moral distinction between the traditions of men and Christ so that we would not be taken “captive through hollow and deceptive philosophy.”

Christ’s command that we not judge others does not mean all actions are equally moral or that truth is relative. The Bible clearly tells us that truth is objective, eternal, and inseparable from God’s character and anything that contradicts truth is a lie. Is calling something a lie  condemnation or is it simply discernment? Is calling murder, adultery, idolatry a sin passing judgment or is it discernment? When Christ said not to judge others, He did not mean that we are not to use discernment to be able to identify sin for what it is, or that there should be no mechanism for dealing with sin.

When Christ said do not judge He was not saying that anything goes. He expects us to make moral judgments, to confront others and invoke discipline when necessary. Should pedophiles escape condemnation? Should rapists be free from criticism? Should society refrain from judging those arrested for murder? Should false ministers not be called to task?  If a pastor teaches “don’t judge” regarding abortion and homosexuality, what would he say about a parishioner who takes money out of the collection plate? In Romans 12 we are warned to abhor evil but what is evil without discernment?

How can anyone honestly say that Jesus didn’t use discernment?  In Matthew 24 did he not say that the Scribes and Pharisees were hypocrites? Did He not call them “white sepulchers” which appear beautiful outward but are in actuality full of dead men’s bones and all uncleanness?” Did he not call them the children of the Devil in John 8?  In Matthew 21:12-13, Mark 11:15-19, and Luke 19:45- 48 did not Christ not drive the money changers from the Temple calling it a “den of thieves?”

Judge not is the prayer of those who want to hide light under a basket. The cliché describes salt which has lost its flavor, which no longer seasons or preserves. “Ye are the salt of the earth: but if the salt have lost his savor, wherewith shall it be salted? It is thenceforth good for nothing, but to be cast out, and to be trodden under foot of men.” (Matt. 5:13) Being non-judgmental requires moral neutrality on all matters. The ‘who am I to judge’ ethic has no Biblical warrant.  The spiritual man, the person who walks not after the flesh but after the Spirit must, and indeed does, discern all things.

Apathy is the craving. Judge Not is the shirking of responsibility.

← A Dictator’s Dream: Suspend Due Process and Invoke a Presumption of Guilt?
The Left Hates You – Not The NRA →