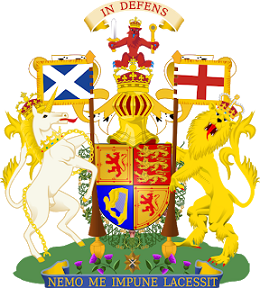 Scotland’s most precious possession is a letter from King Robert the Bruce of Scotland to Pope John XXII, known today as the Declaration of Arbroath or the Scottish Declaration of Independence. To this letter is attached twenty-five red and green seals of the subscribing Scottish nobles. Drawn up by Bernard de Linton, Abbot of Aberbrothick and Chancellor of Scotland, the document was dated April 1320 A.D.

Written in fluent Latin, the Declaration of Arbroath reads in part as:

“….We know and from the chronicles and books of the ancients we find that among other famous nations our own, the Scots, has been graced with widespread renown. They journeyed from Greater Scythia by way of the Tyrrhenian Sea and the Pillars of Hercules, and dwelt for a long course of time in Spain among the most savage tribes, but nowhere could they be subdued by any race, however barbarous. Thence they came, twelve hundred years after the people of Israel crossed the Red Sea, to their home in the west where they still live today. The Britons they first drove out, the Picts they utterly destroyed, and even though very often assailed by the Norwegians, the Danes, and the English, they took possession of that home with many victories and untold efforts; and, as the historians of old-time bear witness, they have held it free of all bondage ever since. In their kingdom there have reigned one hundred and thirteen kings of their own royal stock, the line unbroken by a single foreigner.

The high qualities and deserts of these people, were they not otherwise manifest, gain glory enough that this: that the King of kings and Lord of lords, our Lord Jesus Christ, after His Passion and Resurrection, called them, even though settled in the uttermost parts of the earth, almost the first to His most holy faith. Nor would He had confirmed in that faith by merely anyone but by the first of His Apostles by calling – though second or third in rank – the most gentle Saint Andrew, the Blessed Peter’s brother, and desired him to keep them under his protection as their patron forever.…”

Robert the Bruce gave Scotland the most outstanding document in its national history.  Described by Sir Walter Scott as “worthy of being written in letters of gold,” this declaration carried a message of supreme importance even for the world today for within it occurs the ringing phrase:  “We fight not for glory nor for honours; but only and alone we fight for freedom, which no good man surrenders but with his life.”

The history of the Scotts begins with the history of the Exodus according to Hecatoeus of Abdera, a 6th century B.C. Historian who wrote that “The most distinguished of the expelled foreigners from Egypt followed Danaus and Cadmus into Greece; but the greater number were led by Moses into Judea.”

The History of Ireland by Thomas Moore, states that the ancient Irish, called the Danai or Danes, separated from Israel around the time of the Exodus from Egypt, crossed to Greece and then invaded Ireland. Historians refer to these people the “Tuatha De Danaan,” [the Tribe of Dan]. The “Leabha Gabhala” or Book of Conquests of Ireland give their earlier name as “Tuatha De,” meaning “People of God.”  On Ptolemy’s ancient map of Ireland, in the north-eastern corner of the island, are names such as “Dan-Sowar” [Dan’s Resting Place] and “Dan Sobairse” [Dan’s Habitation]. Gladstone’s “Juventus Mundi and the “Old Psalter of Cashel” called these people Hebrews, originally from Egypt, who colonized Ireland.

The Milesians, who invaded Ireland circa 1000 B.C. and subjugated the Tuatha De Danaa (the Tribe of Dan), were also a branch of the Hebrew stem commonly called “Scotti” or Scots by the early Latin Historians and poets. It was stated that the name Scots came from Scota, a daughter of Zedekiah who married Gathelus, a Milesian prince and it was from this union that the kinds of Tara [Ireland} was descended. The marriage is said to have taken place during the reign of a Pharaoh Hophra (XXII Dynasty) who gave refuge to the prophet Jeremiah and the daughters of King Zedekiah of Judah. (Jeremiah 43)

Many historians today erroneously refer to the Milesians as Celts and Gaels when there were actually only the forerunners of the Celtic tribes that wound their way across Europe from the east, meeting and blending into amity and flowing into the island of Britain forming the bedrock of the British race. One such group, in Spain known as Iberes (the Gaelic name for Hebrews) moved into Ireland, naming the island Hibernia, a name that still exists. From these people came the High Kings of Tara that ruled Ireland for several centuries.

Around 500 A.D.., the Milesian King Fergus Mor Mc Erc (The Great) of the Kingdom of Dalriada in Ireland, left his Irish palace at Dunseverick and invaded the south western part of the Pictish Kingdom (Scotland), driving them north. From there Fergus ruled both the Pictish Kingdom and his Kingdom in Ireland. However, around 575 A.D. Scota declared its independence from Ireland and Aidan, the son of King Gabran, was crowned King upon the Stone Lia Fail (The Stone of Destiny upon which all future kings of Scotland and England were crowned). So while we may never be able to prove that the Milesians were of the Tribe of Judah, I am reminded of I Kings 9:5 in which God promised David that he would always have a successor on the throne of Israel.

In tracing the origin of the Scots to the ancient Hebrew people we see the fulfillment of many prophecies beginning with the Abrahamic Covenant in Genesis 17 in which He promised to make Abraham a father of many nations and kings.  And in Genesis 28:14 God promised that Abraham’s seed shall be as the dust of the earth and shall spread abroad to the west and to the east and to the north and to the south and through his lineage all families of the earth would be blessed.

In II Samuel 7 God promised to appoint a place for His people where He would plant them and they should dwell in a place of their own and move no more. And in I Kings 14 God said He would root Israel up from their own land and scatter them beyond the River [Euphrates].

In Amos 9 God promised to sift the house of Israel among all nations, like corn is sifted yet not the least grain would fall upon the earth. And we read in Isaiah 54 that the children would inherit the Gentiles and the desolate cities to be inhabited.

← America, It is NOT a Foreign enemy attacking you!
It’s no Longer a Conspiracy – Columbine, Waco, OK City, Sandy Hook, and Ruby Ridge →