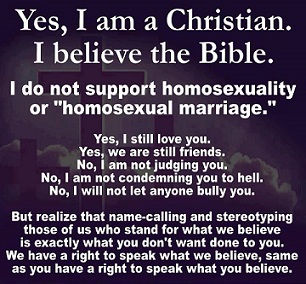 “To be a witness to the Gospel today is to make oneself a marked man or woman. It is to expose oneself to scorn and reproach. To unashamedly proclaim the Gospel in its fullness is to place in jeopardy one’s security, one’s personal aspirations and ambitions, the peace and tranquility one enjoys, one’s standing in polite society. One may in consequences of one’s public witness be discriminated against and denied educational opportunities and the prestigious credentials they may offer; one may lose valuable opportunities for employment and professional advancement; one may be excluded from worldly recognition and honors of various sorts; one’s witness may even cost one treasured friendships. It may produce familial discord and even alienation from family members. Yes, there are costs of discipleship – heavy costs.” Princeton Professor Robert George, 2014

Immaculee Ilibagiza grew up in a country she loved, surrounded by a family she cherished. But in 1994 she returned home from college to spend Passover with her devout Catholic family when the death of Rwanda’s Hutu president sparked a three month slaughter of nearly one million ethnic Tutsis. Incredibly, Immaculee survived the slaughter, hidden for 91 days with seven other women in a small bathroom, no larger an area of 12 square feet, concealed behind a wardrobe in the home of a Hutu pastor.

In her first book, Left to Tell: Discovering God Amidst the Rwanda Holocaust, Immaculee wrote that her father, among others, even in the face of oncoming danger, were remarkably resistant to the suggestion that very terrible things would happen. “There had been massacres before, but never anything like this…Many people heard it on the radio and simply did not believe it.”

Her story was similar to the stories of many Jews during WWII, who resisted leaving for safety when they had the opportunity. Very often, eyewitnesses who did manage to escape from concentration camps were not believed and some even reported to German soldiers. Leaders of the Jewish resistance organizations, for example, tried to warn ghetto residents but even those who heard about the killing centers did not necessarily believe what they heard. “Common sense could not understand that it was possible to exterminate tens and hundreds of thousands of Jews,” according to Yitzhak Zuckerman, a leader of the Jewish resistance in Warsaw.

This blindness, which seems to be a universal feature of human psychology, is helpful when it protects us from despair and insanity in the face of insurmountable odds. But it may also prevent us from making life-saving choices if we refuse to recognize or acknowledge the severity of the danger before us.  While I am not suggesting that our present culture will open the door to genocide, a genuine persecution of Christians does appear to be on the horizon. Losing jobs, losing standing in society, losing tax breaks for Christian organizations, fines for businesses and individuals, even some arrests – all things that are already beginning to happen. Christians and conservatives of all stripes are being pushed out of the public square, silenced and openly discriminated against.

Our future may not be like Nazi Germany, or like Communism, or like Jacobin France but you can be sure that the left will play the same old song, but with a different melody. Today’s propaganda campaign depersonalizes and minimizes Christians, makes it easier for people to accept the negative stereotypes, to tolerate the abuse and persecution.

President Bill Clinton called religious conservatives “obstructionist right-wing fanatics” who embrace a message of “hate and fear.” Former Texas governor Ann Richards labeled Christians “mongers of hate” who turned the party of Lincoln into the party of Operation Rescue.” Former Congressman, Vic Fazio, chairman of the Democratic Congressional Campaign Committee, said the “intolerant,” religious right wants “to carry views that are distinctly religious over into government and try to impose them as law” using “stealth candidates” and “subterranean tactics” to advance its ruthless agenda.  Former U.S. Surgeon General Joycelyn Elders spoke of the “unchristian religious right” as “those people who are selling our children out in the name of religion.” Robert Meneilly wrote in the NY Times that “the religious right…is a threat far greater than the old threat of Communism.”

Supported in the past by the Justice Department, the drive by media characterized Christians as cultists responsible for terrorism. Following any terrorist attack the left goes into over-drive to associate the tragedy with “right-wing” religious Americans, especially pro-lifers, or patriots.  A  past Washington Post article made the connection between bombers and pro-lifers, even blaming the “harsh rhetoric of the Gingriches and Doles”…as creating a climate for violence in America.  PBS attempted to connect terrorists to “gun and religious extremists.”

A government report published in 1989 by HHS blamed Christianity for causing teenage suicides, recommending that “ churches must change their beliefs.” According to a AFA Journal article in 1989, government must “tell Churches what to teach.” Also in 1989, the government released a report by a committee of the National Research Council calling “Christian perspective” of homosexuality a “deep-rooted social pathology” and further blamed Christians for “stigmatizing” homosexuals and thus contributing to the spread of AIDS.

Dan Rather, CBS News anchor, without proof or provocation, blamed Christians for attacks on homosexuals in an editorial for the magazine Nation, claiming that “Gays and lesbians are beaten to death in the streets with increasing frequency – in part due to irrational fear of AIDS but also because hatemongers, from comedians to the worst of the Christian Right, sent the message that homosexuals have no value in our society.”  Hillary Clinton  claimed that Christians must change their beliefs to accommodate the murder of innocent babies, while Obama said  that Christians and ISIS are pretty much one in the same.  In our  public schools, God is banned while the left falls all over itself to accommodate Muslims.

There are those among us who will never have the “aha moment,” who will never lift a finger to stop a dictatorship and may well even cheer for it to come to pass. After all, as long as the tornado has only reached the neighbor’s house, they will continue to cling to the lie that their house will be spared.

Christians are not second class citizens; courage does not require you to be a sitting duck.  Be aware that things will get worse and that you will inevitably become more isolated. Many people who you thought you could trust will fall away and cave to social pressures. It is already happening.  Be prepared to suffer for your beliefs.

SOURCE:  How bad Will It Get?