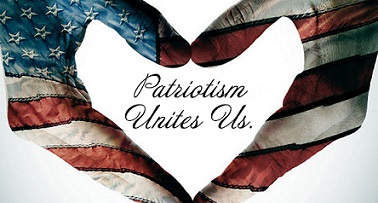 Today liberalism has become a dirty word but that wasn’t always the case. Once upon a time in a galaxy far, far away liberals, the most famous of which became our Founding Fathers, supported limitation on government power, believing as Thomas Paine, who wrote in Common Sense, “government is at best a necessary evil, in its worst state, an intolerable one.” So you might say that liberalism of the 1700s and perhaps to a lesser degree even today has far more in common with conservatism than with the left who has appropriated the word so effectively that almost everyone thinks they are synonymous – but they aren’t.

Consider capitalism. Liberals have always been pro capitalism, recognizing it as the only economic means of lifting great numbers out of poverty. While they often view government as able to play a much larger role than conservatives, they were never for socialism. Opposition to capitalism and advocacy of socialism are leftist values.

Perhaps the most obvious of the many moral differences between liberalism and leftism is race. Liberals generally believe that the color of one’s skin is insignificant and for that reason were committed to racial integration. To the left the notion that race is insignificant is itself racists. And how they love to play that race card!

Liberals deeply believed in the nation-state whether it was the United States, Great Britain or France, and always wanted to protect not only our sovereignty but our borders as well. The left, rooted in class solidarity, have contempt for nationalism, for sovereignty, seeing in it intellectual and moral primitivism at best. It is emblematic of our time that the now left-wing writers of Superman comics had him announce a few years ago that he was renouncing his American citizenship. When the writers were liberal, Superman was not only an American but one who fought for ‘Truth, justice and the American way.’

Liberals venerated America. American films from the 1930s through the 1950s were overtly patriotic, virtually all produced, directed and acted in by liberals. To the left America is a racist, sexist, violent, homophobic, xenophobic and Islamophobic country. They hate America. Their view of America was encapsulated in then president candidate Obama’s statement in 2008 that: “We are five days away from fundamentally transforming the United States of America.”  It certainly didn’t take long for anyone to figure out that “transformation” was left-wing code for destruction.

The difference between the left and liberals regarding freedom of speech is as dramatic as the difference regarding race. No one was more committed than liberals to the famous statement “I disapprove of what you say, but I will defend to the death your right to say it.” The left is leading the first nationwide suppression of free speech in America’s history – from the universities to Google, to Facebook, to the public square, claiming only to oppose “hate speech.” Of course, they get to define hate speech.

Liberals knew and appreciated the Judeo-Christian roots of American civilization, many of which attended church. While the contempt for religion, especially Christianity, has always been contemptible to the left and is not something that they would choose to be identified with, they will always push Islam to the forefront of any discussion.

In 2017, former Sen. Jim Webb (D-Va.) told us that the Democratic Party had moved “very far to the left” over the past five or six years, losing a key part of their base because their message had been shaped toward “identity politics. There is an aristocracy now that pervades American politicos. It’s got to be broken somehow….”

Source: Leftism is Not Liberalism by Dennis Prager; Society is a Blessing, but Government is Evil;  Mises Institute; The Definition of Liberalism has Changed Greatly Over Time by Adam Bitely, NetRightDaily.com

← American People: Greatly Armed ‘Obstacles’
Authentic Faith: What does the Lord require of you? →