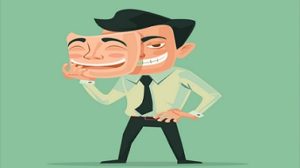 Welcome to fantasyland, a place where all that enter must be devoid of common sense.  A place where left-wingnuts can pretend that unborn babies aren’t really human, that same-sex marriage is a real marriage, that girls can become boys, that boys can become girls, a place where there are more than two genders and you are free to choose whichever you like.

Unfortunately thanks to left-wing judges, these “let’s pretends” all have the force of law behind them. For example, in New York City a heavy fine awaits anyone who fails to address a coworker by their preferred pronoun, even thought that particular pronoun has no connection with reality. In short, you can be fined for refusing to lie.

The most glaring example of dangerous wishful thinking is the Western willingness to play let’s pretend about Islam.

Let’s pretend that adults are adolescents. In Sweden, a dental hygienist was fired, lost his apartment and stands to have his property confiscated because he dared report that up to 80% of Muslim adolescent refugees were actually adult and thus subject to possible deportation. His report also threatened to undermine a related pretense that the majority of refugees and migrants coming into Sweden are women and children.

Let’s pretend that girls are not being raped in Rotherham. Over a 15 year period, more than 1,400 English girls in the city of Rotherham, England were raped by Pakistani gangs. The City council, the police and child protection agencies knew what was happening but decided to look the other way lest they be thought of as racists or Islamophobes. A similar pretense occurred in the wake of the 1,200 sexual assaults outside the main train station in Cologne, Germany on New Year’s Eve in 2016. It was only after the assaults went viral on social media that city officials were forced to admit they happened.

Let’s pretend that the hijab is a sign of empowerment. One of the key figures in the women’s movement in America is a hijabed, sharia supporting Muslim. In reality, the hajib is not only mandatory in the Muslim world but women who dare to defy wearing this symbol of slavery can be beaten, raped, tortured, mutilated and even killed by their own family.

Let’s pretend that Islam is an important part of America’s heritage. Thanks in part to Obama, there have been numerous attempts to rewrite our history to include Muslims. Some even claim that the Iftar dinner at the White House stretches back to Thomas Jefferson while others claim Muslims actually discovered this country but in reality, these are delusions created by the left and the leftist media. In reality, there were no Muslims in America who fought for freedom from England. There were no Muslims fighting to free the slaves during the civil war. Muslims were the biggest slave traders then and today. There were no Muslims fighting for America during WWII – they were aligned with Hitler.

Let’s pretend that all Muslims are victims. While it is true that some Muslims are persecuted in many parts of the world, for the most part their persecutors are other Muslims. Sunni Muslims are against Shia Muslims; Shia against Sunni; Sunni and Shia against Ahmadiyya Muslims, and fundamentalist against moderate. Rather than call attention to this internecine persecution or to the persecution of 215 million Christians worldwide, mostly by Muslims, the left-wing media has chosen to focus on “Islamophobia” and hate crimes against Muslims. The trouble is there is very little evidence of a hate crime epidemic against Muslims. The majority of hate crimes against Muslims in the U.S. turn out to be hoaxes manufactured by the supposed victims.

In short Muslims pretend to be a victim class and the rest of us are supposed to pretend to believe that they are. The situation has all the elements of farce, except that this fake victimization narrative has become a handy way of distracting our attention from the millions of real victims of Muslim persecution and oppression.

Let’s pretend Muslims and Christians share much in common. The main pretense is that they share similar values. In reality, there is a world of difference between the two. With the mistreatment of non-Muslim women spreading into Europe, it is increasingly hard to maintain the pretense that Islamic values are just like Christian values. To that add the Muslim tradition of polygamy, female genital mutilation, forced marriages, women shrouded in burqas, and honor killings.

Let’s pretend that allah and the Christian God are the same.  In the Islamic faith, allah is not only a different name for god; the deity it designates is far more impersonal than the God of the Bible.  Islam denies what Christianity takes as its central truth claim: the fact that Jesus Christ is the only begotten of the Father. Islam teaches that the doctrine of the Trinity is blasphemous but, the Christian faith is essentially and irreducibly Trinitarian. The Bible reveals that the Father is God, that the Son is God, and that the Holy Spirit is God. Jesus is not merely a prophet, as acknowledged by Muslims, He is God in human flesh. This is precisely what Islam rejects.

Christians are far from perfect. They are not immune to folly or to sin. But Christian family values are no more like Islamic values than they are like Nazi family values or Soviet family values. Those that draw a false equivalence between the two decidedly different visions represented by Islam and Christianity ought to know better. And they ought to stop doing it.

← Confusing Religion With Being a Follower of Jesus
‘Uncle Joe’ Is Back: Remembering the Arch-Evil of Stalin →