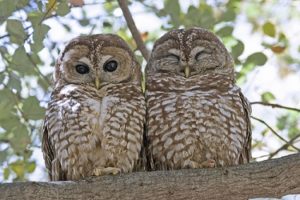 The Endangered Species Act (ESA) was intended to identify animal and plant life that was in peril of extinction and to help those species recover.  Unfortunately, extreme left-wing environmentalists are routinely using the provisions of the Act to enrich their own coffers while forcing the exclusion of human activity and destroying private property rights.

These groups repeatedly petition the Fish and Wildlife Services and the National Oceanic and Atmospheric Administration to list multiple little known species as threatened or endangered then sue the agencies when they fail to meet the strict timeline included in the Act, knowing that they will not only win but collect hefty attorney fees and costs.   And as usual with government agencies, there is little incentive to fight against the waste of taxpayer money.

The ESA’s most powerful provision is in Section 9, makes it a felony to “take” any species that is listed as threatened or endangered, or to harass, harm, hunt, shoot, kill, capture, etc. The U.S. Supreme Court broadened that definition to include any disruption of the species’ habitat, effectively giving the federal government massive control over private property.

A new report by Robert Gordon of The Heritage Foundation revealed a stunning record of failures and fabrications over the life of the Act.  According to the report, a total of 1065 American species, 590 foreign species and 250 candidate species have been listed since the law was enacted in 1979. To date, only 51 species have been removed from that list. Twenty three of those species were recovered, 10 were determined to be extinct, and 18 were listed erroneously.   In spite of the expenditure of billions of tax dollars, the species recovery rate is less than 1.5 percent.

The ESA has managed to “recover” only 40 species, or slightly less than one species per year.   Even worse, almost half of the “recovered” species – 18 out of 40 – are what Gordon calls “federally funded fiction.”  It turns out that these 18 “recovered” species were never endangered in the first place.  They only ended up on the endangered species list due to poor data.  Truth aside, the Department of Interior regularly claims these 18 “recoveries” as a success.

Were it not for the incompetence and dishonesty,  the examples of phony recoveries cited in the report would be comical.  The Concho water snake found itself on the endangered list  because the Fish and Wildlife Service (FWS)  felt the construction of a reservoir might destroy its habitat.   After the reservoir was created, the snake slithered right in, and its numbers thrived.  Also, the FWS found that it had grossly underestimated the size of the snake’s range.  When  “touting the success” of the snake’s “recovery,” the FWS said the creature had faced “habitat modification and destruction” still refusing to admit that the snake was never threatened in the first place.

Johnston’s Frankenia, a plant found only in a few counties in southern Texas, was put on the endangered species list in 1984. The FWS claimed there were only about 1,000 plants that were facing “grazing pressure.”  Subsequent surveys found about 4 million plants by one estimate,  and over 9 million by another.   It took the FWS  over 17 years to remove the plant from the endangered list.

Then there is the only “7 Maguire daisy” fiasco which the FWS claimed to have saved.  Turned out, there were many Maguire daisies, over 163,000 to be exact.  Seems the geniuses at the FWS confused the Maguire daisy and another plant as two separate species when in fact they were the same.

Even if a species should never have been listed, while it is listed, landowners or businesses whose actions might unintentionally harm a member are potentially subject to the ESA’s fines and penalties,” Gordon writes. The report’s appendix provides information on 100 listed species that were or may have been erroneously listed but remain regulated under the ESA as well as a number that are possibly extinct.

The ESA has been a mess for decades, wasting public and private resources while doing precious little for the plants and animals it is supposed to protect. In the absence of a thorough congressional overhaul of the broken law – something that is as desirable as it is unlikely – Gordon makes several recommendations for dealing with the ESA’s flaws administratively.

The meticulously researched Heritage report provides an overview of the sham that is the ESA. Bureaucrats at the FWS can spend a lucrative 30-year career overseeing the “recovery” of a grand total of two species while imposing land-use restrictions throughout rural America that harm humans and do next to nothing for wildlife.

The Trump administration has set its cross hairs on the Act working to remove federal protection for birds, reptiles, fish, mammals and plants that should have never been on the list or whose recovery should remove them from the list.  Led by the Interior Department, Republicans are working to make it easier to build infrastructure and open public lands.  Naturally the left is having a hissy fit but officials say they are more concerned with losing the golden goose and putting restrictions on land use, which I might add goes hand in glove with the United Nations Agenda 21 project.

“Extinction is the engine…by which natural selection prunes the poorly adapted and allows the hardiest to flourish.  Species constantly go extinct, and every species that is alive today will one day follow suit. There is no such thing as an “endangered species,” except for all species….”   R. Alexander Pyron,  the Robert F. Griggs Associate Professor of Biology at George Washington University.