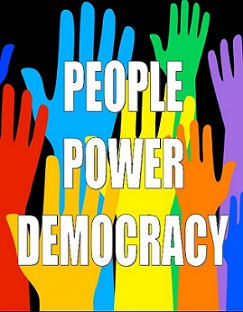 “Democracy is the worst form of government except all those other forms that have been tried from time to time.” Winston Churchill

The role of knowledge in political decision-making has been a central topic in political theory and social science since Plato’s proposal of an exclusive rule of philosopher kings and Aristotle’s more modest proposal of a rule of the wise.

Jason Brennan, a political philosopher at Georgetown University, in his book Against Democracy, advocates for an Epistocracy, meaning rule by the knowledgeable. “ Trump’s victory,” he wrote in Foreign Policy “is the victory of the uninformed. But, to be fair, Clinton’s victory would also have been. Democracy is the rule of the people, but the people are in many ways unfit to rule.”

Democracy, according to Brennan, is other people, and the ignorance of the many has long galled the few, especially the few who consider themselves intellectuals therefore, it is entirely justifiable to limit the political power that the irrational, the ignorant, and the incompetent have over others. “Public welfare is more important than anyone’s hurt feelings….excluding the bottom 80% of white voters from voting might be just what poor blacks need.”  Whoa – can you say racist?

Brennan believes that voting for ill advised candidates can lead to ill-advised wars, economic recessions, abusive law enforcement, environmental disasters and other catastrophes that imperil the lives, freedom, and welfare of the people. “If we refuse to tolerate ignorant medical practice or ignorant plumbing, we should take an equally dim view of ignorant voting.”

There we an agree.  About a third of American voters indoctrinated by left-wing academia are totally ignorant about history, their culture and why America was formed as a democratic Republic, not a pure democracy, which is nothing more than mob rule. This group of ignorant snowflakes believe “from each according to his ability to each according to his need” is written in the Constitution.  Almost as many are incapable of naming even one of the three branches of government, or know the name of their Senator or Congressional representative.

Brennan divides voters into three categories: The Hobbit, an uninformed voter, best suited to stay at home on election day; the Hooligans who enjoy political news as a recreation akin to sports, and lastly, the Vulcans who investigate politics with scientific objectivity, respect opposing points of view and carefully “adjust” their opinions to the facts, which they seek out diligently.  While I can agree with his analysis to a point, the right to vote for the representative of your own choice is what makes America the great county that it is. Our Constitution says nothing about the educational level, or economic status voters must have before casting a vote.

An epistocracy, Brennan claims, would try to copy what makes democracies work, but do it better. Again, I have to add that pure democracies do not work because they subject the minority to the will of the majority – again, mob rule.   For the epistocracy to work, according to Brennan,  we must keep most of our current Republic system of government  –  the checks and balances, judicial review, constitutional constraints, three branches of government, bureaucratic autonomy, political parties, etc.  He just wants to change that pesky “right to vote”.  An epistocracy, he claims,  would make certain that the informed are not drowned out by the ignorant or misinformed many.  Obviously Brennan doesn’t understand that a truly educated individual doesn’t need any more than an inquisitive, unindoctrinated mind to do just that.  Unfortunately, our government indoctrination system has succeeded in removing common sense and critical thinking from academia.

So, if we follow Brennan’s logic, just how would this epistocracy work?  Extra votes for the highly educated?  A council of epistocrats with veto power? Would we allow everyone to vote and then grant extra votes to the intellectual elite?  Would everyone who votes be required to pass a basic political knowledge test?  Would we pool all votes and select randomly only those votes that count?  I suppose we could use an “enfranchisement lottery” whereby a certain number of voters would be selected at random to vote or a “simulated oracle” poll where eligible voters (those who pass a test) would disclose not only their demographic information but their preference for the candidates then allow a statistician to calculate the public’s “enlightened preferences” – those that a demographically identical voting population would support if only it were better informed.  No matter how you visualize it – it is more of a dictatorship than a Republic.

My question would be who decides what counts as political competence or basic political knowledge?  We don’t want self-interested politicians or academia to rig a competence exam in their favor. There is no guarantee that an epistocracy would prevent abuse of the electoral system.  After all, it is not the system that is the problem – it’s the people in charge.

Before changing our voting system perhaps we should just concentrate on returning education to our schools and universities.  No longer are core subjects vital to our national well being taught.  Classes that study the Constitution, the Civil War, the lives of our founders and the general history of Western Civilization have given way to specialized studies such as Harvard’s “Emotions in History” and Yale’s “Indigenous Religious History,”  “Witchcraft and Society in Colonial America,” “History of the Supernatural” and “Sex, Life and Generation,” to name but a few of the unnecessary classes taught at our universities.  I forgot Stanford which provides a study on “Mad Women: The History of Women and Mental Illness in the U.S.”

These specialized classes not only carry a political message championed by those with a social, political agenda, the narrow focus of such classes disconnects your child from their place in history, creating an unfair bias in which the truth and the past are distorted.   Ignorance of history leaves an individual without any memory beyond his own, without any guide by which to make decisions. But then, that is exactly what the left wants.

Jason Brennan has been described as a bleeding heart libertarian who combines libertarian emphasis on economics and civil liberties with a left wing emphasis on social justice. He is the Robert J. and Elizabeth Flanagan Family Chair of Strategy, Economics, Ethics, and Public Policy at the McDonough School of Business and Associate Professor of Philosophy at Georgetown University. Brennan blogs at Bleeding-Heart Libertarians, a web site for self-important intellects who actually defended Kathy Griffin for her latest disgusting act against President Trump.

Sources:  Can Epistocracy or Knowledge Based Voting, Fix Democracy?; The Right to Vote Should Be Restricted To Those With Knowledge; Democracy vs. Epistocracy