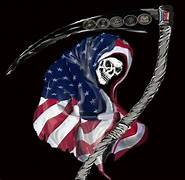 “Physicians who remain confused about the difference between killing a patient and allowing a patient to die should not be practicing medicine.”  Ira Byock, director of Palliative Care at Dartmouth-Hitchcock Medical Center

The Hippocratic oath is an ancient Greek text written circa 500 B.C.  True to its name, the oath was taken by physicians to swear to conduct practice by specific ethical standards.  In modern times, a modified version of the oath is often sworn to by doctors upon graduation as a sort of rite of passage.  The Oath proclaims: “I will keep [the sick] from harm and injustice. I will neither give a deadly drug to anybody who asked for it, nor will I make a suggestion to this effect.”

The phrase “first do no harm” is often attributed to that oath but in truth, it does not come from the oath verbatim.   However, it can be argued that it does,  in essence, come from ideas conveyed in the oath such as:  “ I will follow that system of regimen which, according to my ability and judgment, I consider for the benefit of my patients, and abstain from whatever is deleterious and mischievous. I will give no deadly medicine to any one if asked, nor suggest any such counsel; and in like manner I will not give to a woman a pessary to produce abortion.”

As is evident from today’s culture of death, and the latest AMA’s decision to no longer oppose physician “assisted suicide,”  the  oath and its conveyance of doing no harm is passé.   Matt Valliere, executive director of Patients’ Rights Action Fund warned that the AMA’s decision to ignore their own Council on Ethical and Judicial Affairs’ statement that “Physician-assisted suicide is fundamentally incompatible with the physician’s role as healer, would be difficult or impossible to control, and would pose serious societal risks,” will have grave consequences for everyone.

Promoted as “empowering” people,  culture of death groups like “Compassion and Choices” and “Death with Dignity” are pushing laws around the country to legalize the murder of vulnerable populations like the poor, the elderly, and the disabled.  And some states are beginning to see the “light” – health care cost for these vulnerable populations are expensive – death isn’t.

History clearly shows that once we embrace this culture of death, involuntary death inevitably follows.  Leo Alexander, a psychiatrist at the Nuremberg trails described this culture of death in the New England Medical Journal in 1949.  “When its practice became legal people seemed to accept it. The beginnings at first were merely a subtle shift in emphasis in the basic attitude of physicians.  It started with the basic attitude of the euthanasia movement that there is such thing as a life not worthy to be lived.  This attitude in its early stages concerned itself merely with the severely and chronically ill.  Gradually the sphere of those to be included was enlarged to encompass the socially unproductive, the ideologically unwanted, the racially unwanted, and finally, all non-Germans.”

This progression that Dr. Alexander spoke of only required four accelerating factors – a favorable public opinion, a handful of willing doctors, economic pressure, and legalization.  Today we have passed the first three accelerating factors.  All that remains is for all states to legalize it and just like the murder of the unborn, putting humans down will become a socially accepted means of “health care.”

Patient with a terminal illness and severe disabilities are vulnerable. They lack the basic knowledge and skills to alleviate their own symptoms and may well be suffering from fear about their future and anxiety about the effects the illness is having on their families.  They may well be suffering from depression or a false sense of worthlessness which will affect their judgment.  Their decision-making may equally be affected by confusion, dementia or troublesome symptoms which could be relieved with appropriate treatment. Many elderly people already feel like they are a burden to their family and may feel great pressure to request assisted suicide ‘freely and voluntarily’. These patients need to hear that they are valued and loved as they are. They need to know that we are committed first and foremost to their well-being.  The way we treat the weakest and most vulnerable people speaks volumes about the kind of society we are.

Countries that have already legalized assisted suicide began the crusade as those have in America by promoting it as “empowerment”  and “compassion.”   Since legalizing this form of murder, those countries have ended up with expansion to “assisted suicide” i.e. euthanasia for nearly any reason you can imagine,  eroding the little protections there were for vulnerable people.  There are even claims that doctors are using these laws to “put down” elderly and disabled people.

Advances in medical science have all but dispelled physical suffering at the end of life through multi-disciplinary palliative care —and in the rare extreme cases, sedation of the imminently dying.  Unfortunately, access to the gold standard of palliative care is regretfully abysmal, a problem that has been shown to drive people to assisted suicide out of desperation.  Congress, state legislatures, and medical licensure boards should act to promote access to, availability of, and training in high-level multidisciplinary palliative care and to support both the home and facility based personal care needs of people with chronic life-threatening illness and advanced disability, which under assisted suicide law, qualifies a person as “terminal.”

Human life doesn’t need to be extended by every medical means possible, but a person should never be intentionally killed. Doctors may help their patients to die a dignified death from natural causes, but they should not kill their patients or help them to kill themselves. This is the reality that such euphemisms as “death with dignity” and “aid in dying” seek to conceal.

“The big question that I think physicians are going to be dealing with over the next five, 10, 15 years as more of these states legalize it is: Are our ethical guidelines and core principles going to be determined by cultural shifts and by popular vote or populism,” he said, “or are they going to be things that we adhere to and hold on to regardless of the shifting winds of populists’ concerns?”  Dr.  M. Zuhdi Jasser,