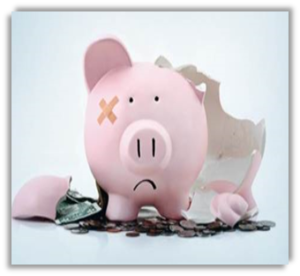 At the G-7 summit in Canada, President Trump described America as “the piggy bank that everybody is robbing.”   In Singapore, President Trump tweeted more about that piggy bank.   Why should I, as President of the United States, allow countries to continue to make Massive Trade Surpluses, as they have for decades … (while) the U.S. pays close to the entire cost of NATO-protecting many of these same countries that rip us off on Trade?”

To understand what drives Trump and to explain his exasperation and anger, these remarks are a good place to begin. The ruling elite see America as an “indispensable nation,” the premier world power whose ordained duty is to defend freedom, to stand up to dictators and aggressors and uphold a liberal world order.  They see our wealth and power as a tool that fate has given them to reshape the future of the planet.

President Trump on the other hand sees America as a nation being milked by allies who free-ride on our defense effort, as they engage in trade practices that prosper their own peoples at America’s expense. Where the ruling elite live to play masters of the universe, Trump sees a world laughing behind America’s back, a world where our supposed allies exploit our magnanimity and idealism for their own national ends.

All of the other G-7 countries have higher tariffs on the U.S. than we have on them.  For example, France and other EU countries levy a 10% tariff on imported U.S. cars while we only charge a 2.5% levy on European imports.  Canada has tariffs of about 270% on U.S. dairy products, 70% on sausage, and 27% on beef, to name just a few.  They also have non-tariff barriers to free trade that includes massive Canadian subsidization of its lumber industry that puts American companies at a disadvantage. Is it any wonder they want to preserve a trading system that is stacked in their favor?

It is important for Americans to remember that a nation who spends more than it takes in from taxes and that consumes more of the world’s goods than it produces itself for export, year in and year out, is a nation on the way down.

So what is Trump’s strategy for turning a $796 billion trade deficit into a surplus?  Is he prepared to impose the tariffs and import restrictions that would be required to turn America from the greatest trade-deficit nation in history to a trade-surplus nation, as we were up until the mid-1970s?

Americans carry the lion’s share of the load for defense of the West, of fighting terrorism and radical Islamists, of protecting South Korea and Japan.  But if our NATO and Asian allies refuse to make the increases in defense he demands, is Trump really willing to cancel our treaty commitments, walk away from our war guarantees and let these nations face Russia and China on their own? Could he cut that umbilical cord?

John Foster Dulles, Secretary of State under President Eisenhower spoke of conducting an “agonizing reappraisal” of U.S. commitments to defend NATO allies if they did not contribute more money and troops to the keep the world safe.  Dulles passed away in 959, and that reappraisal, threatened 60 years ago, never happened.  Indeed, when the Cold War ended, out NATO allies cut their defense spending again, leaving America to carry the lion’s share.

If Europe refuses to invest the money in defense Trump demands or to accept the tariffs America needs to reduce and erase its trade deficits, what will he do?  Is he prepared to shut U.S. bases and pull U.S. troops out of the Baltic republics, Poland and Germany, and let the Europeans face Vladimir Putin and Russia themselves?

Trump promised to negotiate with Putin and improve U.S. relations with Russia. He promised to force our NATO allies to undertake more of their own defense.  He pledged to get out and stay out of Mideast wars.  He also promised to slash the trade deficits that we have run with the world. And that is what America voted for.  Yet those on the left, and even some within the Republican Party are working feverishly to keep the status quo.

Putin remains a pariah on Capitol Hill. Our allies are rejecting the tariffs President Trump has imposed and threatening retaliation. Free trade Republicans reject tariffs that might raise the cost of the items that U.S. companies makes abroad and ship to the U.S.

Personally, I agree with Rush. American businesses, consumers and taxpayers  have been getting screwed over the last 40 years. The Marshall Plan and others of a smaller nature were designed to rebuild devastated areas of the world after World War II, including Europe. Even though the Marshall Plan came to an end, the theory behind it, that the U.S. needs to prop everybody up and keep propping everybody up and providing for their defense, never ended.

President Trump and the American Piggy Bank,  by Patrick J. Buchanan, The Imaginative Conservative;  The Days of America as the World’s Piggy Bank Are Over, Rush Limbaugh; The G-7 Should Listen To Trump or Go Away, by Christian Whiton, Fox Business Network