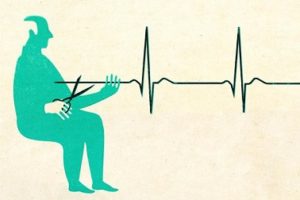 Thousands of medical ethicists and bioethicists, as they are called, professionally guide the unthinkable on its passage through the debatable on its way to becoming the justifiable until it is finally established as the unexceptionable.   Richard John Neuhaus

According to the Center for Disease Control, suicide deaths have skyrocketed in every state.  In some states they’ve increased over 30% in the last twenty years and in a few states like North Dakota, the increase is over 50%.   And it is not just a mental health concern according to the lead author of the study – “there are many different circumstances and factors that contribute to it.”  While the majority of suicides are driven by mental health issues, the triggers can be something new and sudden such as a job loss, the end of a relationship, substance abuse, money problems, housing issues, etc. When people fear that they are a burden or that their families would be better off without them, they make a tragic decision.

But could there be something else contributing to the rise in suicide?   While the CDC study does not mention it, it seems foolish to not consider recent cultural changes.   Take, for example, the growing acceptance and glamorization of assisted suicide.

Across the country and throughout the world assisted suicide is becoming legalized, to the consternation of numerous doctors who fear the dangerous precedent this sets.  And in many instances, assisted suicide isn’t even limited to those with terminal illnesses.  People, including young children,  who struggle with anxiety, depression,  mental problems, disability, along with senior citizens are now encouraged to consider euthanasia.  And it’s framed in overwhelmingly positive terms – death with dignity.  Their selling point is that euthanasia allows people to escape living a life without dignity, a meaningless definition which allows people to essentially imprint their own definition of an undignified life.

Entrepreneurs are even coming up with suicide machines that can be created with just a 3D printer, and used without any assistance.  Dr. Philip Nitschke, who has been branded ‘Dr. Death’ following 22 years in the field of euthanasia, believes that suicide is a “fundamental human right,” so he  developed the ‘Sarco’ with engineer Alexander Bannick in the Netherlands, hoping to make it available worldwide. The selling point, according to Nitschke, of his machine is  a “peaceful and I would even say an elegant death.”  It is also practical because after you’ve offed yourself, the capsule detaches and doubles as a coffin.

And while there are some that claim that there is a difference between euthanasia and suicide, this, too, is false.   People request euthanasia for the same reasons they take their own lives, and it’s not due to fear of pain from a terminal illness. Multiple studies, including some published in prestigious medical journals like the New England Journal of Medicine and the British Medical Journal, have found that reasons for euthanasia most often are because people feel hopeless, and they’re struggling with depression. They don’t have support, they fear that they’ll be a burden on their loved ones. In short, people request euthanasia for the same reasons they kill themselves. But when these issues are addressed and treated, the request for euthanasia is almost always withdrawn.

Yet the idea of taking one’s own life being a “dignified” option continues to spread. On the one hand, we tell people that suicide is a terrible tragedy that must always be prevented; on the other, though, we also tell people that it’s not only acceptable, but the dignified option under increasingly wide circumstances.    When culturally, we tell people that suicide can be a dignified decision, is it really difficult to understand why more people are taking their own lives?   As if the idea of a dignified suicide isn’t enough, it’s also becoming increasingly glamorized.

Movies like “Me Before You” and  TV shows like “Mary Kills People” portray suicide as romantic, beautiful and  something positive.   But perhaps the most influential suicide drama is the Netflix show “13 Reasons Why” which after its first season produced an increase of 19% searches on how to commit suicide – a million more searches than is normal.

Dan Nelson, the medical director of the child psychiatry inpatient unit at Cincinnati Children’s Hospital, pointed out that after “13 Reasons Why,” he was seeing patients who now thought of taking their own lives as something normal. Kimberly O’Brien, a researcher at Boston Children’s Hospital and an instructor in psychiatry at Harvard Medical School, noted she had patients who wanted to “kill myself the way the girl in ’13 Reasons Why’ did.” In “13 Reasons Why,” Hannah’s death at her own hands was presented as the ultimate revenge against all those who had wronged her. For suicidal teenagers, especially, that is an extremely harmful message.

Why can movies and TV shows that glamorize suicide cause suicidal individuals to take the plunge? Because seeing pictures, video, or detailed descriptions of how other individuals killed themselves can give an already suicidal person the encouragement they need to go take their own life, as well as a possible blueprint of how to do it.

This world glamorizes death and devalues life at every level. Is it really any surprise, then, that more people are choosing to take their own lives?

When people are empty of Christ, a thousand and one other things come and fill them up: jealousies, hatred, boredom, melancholy, resentment, a worldly outlook, and worldly pleasures.  St. Porphyrios

← To the Person Who Thinks We’re ‘Bigoted’
Are Kids Just Pawns in the Immigration Crisis? →