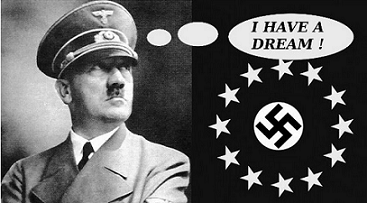 France, Germany, Belgium, Denmark, the Netherlands, Estonia, Spain, Portugal and Britain all signed a letter of intent on June 25, 2018, to join a new military coalition that will specialize in rapid deployment.  Open to all European Union members and nonmember nations, the  European Intervention Initiative (EII) will launch with meetings as early as September this year.

According to a UK defense official this is about getting countries prepared to send forces to say, Africa.  It’s about getting them to agree to doctrines, policies and strategic thinking.  It’s about helping to achieve a special partnership with our European colleagues in defense and security.

The  EII was proposed last September by French President Emmanuel Macron but his idea was superseded by plans for a German-led initiative which became known as Pesco, leading eventually to mutual agreement to create the EII which, according to creators, “won’t have its own military units but is capable of regular coordination at the military level.”

The UK Independence Party (UKIP) is skeptical of EII’s ability to defend anything.  Spokesman Mike Hookem said that “if you look at other parts of the EU, they soon become bloated, unwieldy and heavily bureaucratic institutions and I have little doubt that an EU army would go the same way.”  Calls for the German defense minister for the creation of an EU army is, he claims “a further attempt to once and for all destroy the UK’s national integrity and security.”  He further added that the EII will degrade the UK’s “ability to protect our island and interests and further erode our political independence.”

According to plans tabled by Jean-Claude Juncker, the current EU Commission President, “the force (EII),  wearing  blue armbands with an EU and agency insignia, would be equipped with naval patrol vessels, helicopters and drones.  Their new European Border and Coast Guard is set to have a 1,500-strong force that can be deployed in under 3 days, with the organization now able to buy equipment itself for the first time, rather than relying on donations from Member States.   And the group expects to be able to operate in “third countries,”  that is countries outside the European Union that the EU army feels it is necessary to intervene in.  According to the UK Times, the proposals for a 2,500-strong border and coast guard force could see armed personnel first deployed to areas like Greece or the Balkans.

In theory, this would mean that the EII could seize border control from countries like the UK or Poland without permission.  Suddenly the EII is beginning to sound like Germany’s reinvention of WWII.  Shades of Hitler?

German working documents for their version of the EU army included a wide ranging set of proposed goals like the removal of all national vetoes at the EU Council level; a binding frame work for economic policy coordination, a fiscal union with a common Corporate Tax base and VAT system and a financial transaction tax, a banking and capital markets union, a EU energy agency to make sure there is no competition for cheaper energy;   the strengthening of EU Border Agency, the ability to enter states without being asked;   the creation of a permanent military operational headquarters;   an increase in the use of the EU military battle groups as an initial entry force to enhance the EU’s defense capabilities; and a Pan-EU political  party system with only Pan-European political parties running for election in the EU countries.

The EU army idea seems to be unstoppable, but what is unclear is what form it will eventually take. Will it supersede NATO?  Will it adopt Germany’s dictatorship?  Will it form a combined alliance with the United Nations or embrace new EU members and their armies?  It all remains to be seen and its potential prophetic relevance should prove interesting to watch in the days ahead.

The European Union has become a prison of peoples. Each of the 28 countries that constitute it has slowly lost its democratic prerogatives to commissions and councils with no popular mandate. Every nation in the union has had to apply laws it did not want for itself. Marine Le Pen