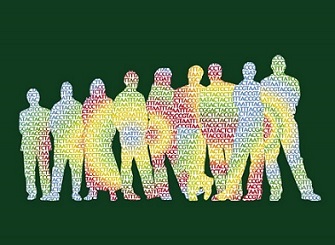 In 2017 Scientists reported selectively altering genes in viable human embryos for the first time. Just this year the UK Nuffield Council on Bioethics took the position that changing a human embryo’s DNA could be morally permissible if it was in the child’s interest and did not worsen social inequality. Social inequality? I’d be more worried about the child’s life than his or her status in society.

While a panel of ethicists and other experts convened by the U.S. National Academies of Sciences, Engineering and Medicine warned against using CRISPR to enhance health or other traits, they acknowledged that using it to correct diseases, in certain circumstances, could be permissible. But who sets the circumstances?

Two new studies, one led by the Karolinska Institute, and another one by Novartis, claims that technology may be setting the stage for cancer. Successful gene edits may be an indication that the modified cells won’t have a cancer-fighting protein known as p53, upping the risk of cancer. They also noted that because CRISPR-Ca9 works like scissors to snip strands of DNA, these cuts could prompt existing p53 protein to either repair the cell involved in editing or make the cell commit suicide.

Geneticist and virologist Jonathan Latham, Executive Director of the Bioscience Resource Project says that “it is technically not possible to make a single (and only a single) genetic change to a genome using CRISPR” because one small change to “genome could inevitably lead to a host of other changes.” In fact, experts say that CRISPR could cause hundreds of unintended DNA alterations.

The components of CRISPR usually don’t just slip into T cells on their own – they require a virus and viruses are adept at infiltrating cells which causes a risk that virus infected cells will keep cranking out the DNA snipping Cas9 for 10 or 20 years after the procedure. That happens because one molecule in the CRISPR system acts as a molecular bloodhound, sniffing around the genome until it finds a match to its own sequence of A’s, T’s, C’s, and G’s; and unfortunately, in the 6 billion such letters of the human genome, there can be more than one match.

In research involving mice and human cells, researchers at Columbia University found that in about one fifth of cells, CRISPR causes deletions or rearrangements more than 100 DNA letters long, possibly thousands of letters long.   Stephen Tsang, M.D., Ph.D., associate professor of ophthalmology, pathology, and co-author of a research study at Columbia University warned that: “it’s critical that the scientific community consider the potential hazards of all off-target mutations…including single nucleotide mutations in noncoding regions of the genome.”

Another scientist warned that gene-editing has the potential to “ruin human evolution,” because regardless of any benefit to society, changes to an embryo’s DNA will affect all of its cells, including so-called germline cells, like sperm or eggs, meaning that changes will be inherited by any offspring.

While some researchers and bioethicists are concerned that any genome editing, even for therapeutic uses, will start us on a slippery slope to using it for non-therapeutic and enhancement purposes others feel that it is a moral imperative to eradicate genetic diseases. But like any new technology, there is concern that genome editing will only be accessible to the wealthy and will increase existing disparities in access to health care and other interventions. Some even worry, perhaps reasonably, that taken to its extreme, which is usually the case, germline editing could create classes of individuals defined by the quality of their engineered genome

So with all the questions about its safety – why the rush? Like everything else – its money! Recent studies estimate that revenue potential from CRISPR-Cas9 at $30 billion by 2030, which covers revenue from different applications, including human therapeutics, agriculture and plant genomics, animal biotech and research grants.

Source: Priest-Neuroscientist: Embryo Gene-Editing Poses Inescapable Ethical Problems – by Kevin Jones; CRISPR gene editing is not quite as precise and as safe as thought, New Science; Gene Editing With CRISPR-Cas9: The Next Step In Human Evolution Will Be Worth $25 Billion By 2030, Forbes; They’re going to CRISPR people. What could possibly go wrong? STAT; Scientists WARN: Genetic editing of humans with “CRISPR” technology may lead to generation of cancer sufferers