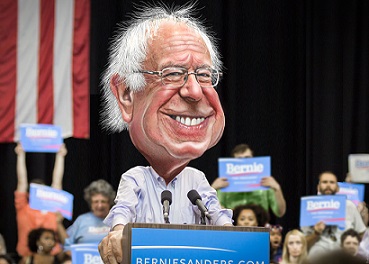 There’s much hand-wringing over the isolated fact that the United States spends a larger percentage of Gross Domestic Product on health care than any other country — currently more than 17% versus 10% in Canada or the United Kingdom, which many left-wing instigators like Bernie Sanders claims as proof that our American health care is grievously out-of-kilter.

Bernie Saunders is so intent on socializing our health care system that he has introduced the Medicare for All Act, aka BernieCare, because like all good comrades, he firmly believes that health care is a right, not a privilege.  According to Saunders, socialized health care would “eliminate” waste, provide health care in a “cost-effective” manner, streamline our health care process, force anyone making over $250,000 a year to pay their “fair share” of taxes and eliminate private health care insurance. And when Bernie says everyone will be covered – he means illegal aliens as well as American citizens

Cost effective, reduce waste – that’s a joke, right? The current Medicare system covers 55 million Senior Citizens with an estimated $60 Billion (10% of their total budget) lost to fraud, waste, and improper payments. One could only image the carnage if 327 million people were covered and that number doesn’t even include the 12 million plus illegals in this country!

There are several reasons why America’s health care system takes a larger bite of GDP. For one, GDP crudely measures what a population produces over a year, not what they do with that production nor how much past production they’ve accumulated through savings and investment. For another, Americans are accustomed to a better quality of health care, or at least we were pre ObamaCare, than other nations under socialized medicine, along with better technology, and lower wait times for services.

As for giving Medicare greater control over spending, the agency’s record is atrocious. As it stands now, Medicare discourages cost cutting, encourages wasteful innovation and contributes to artificially high prices. From 1997 through 2015, the Balanced Budget Act required Medicare to limit the growth of its spending. And yet, throughout that period, Congress continually overrode that requirement through the notorious “Doc-Fix.” You really think anything would change with 327 million plus people on their case?

A doubling of all currently projected federal individual and corporate income tax collections would not be sufficient to finance the added federal costs of the plan.

By conservative estimates, BernieCare  will add approximately $32.6 Trillion to the federal budget commitments during its first 10 years [2022-2031], equal 12.7% of GDP by 2031, and continue to rise thereafter. Of course these estimates are based on the assumption that it would “reduce” by 40% payments to health providers, “reduce” drug prices and “reduce” administrative costs.  But would doctors and hospitals even agree to provide more care to more patients for less money? I seriously doubt it.

The non-partisan Medicare actuary has concluded that current Medicare reduced reimbursement rates will cause half of hospitals to have overall negative total facility margins by 2040, jeopardizing access to care for seniors.  So, expanding these lower payment rates to all patients on BernieCare will almost guarantee closure of numerous hospitals.  But if we raise the rates of reimbursement for Medicare to keep doctors and hospitals happy, the cost of BernieCare will cause health costs to soar by $5.4 Trillion over ten years which would wipe away any supposed savings.

The only way for BernieCare to reduce overall health care cost is to ration it much like the UK already does.  To socialists yearning to exercise such power over their fellow citizens, rationing sounds like their utopian dream.  Let’s hope Americans have more sense!

Nothing is worse, or more of a breach of the social contract between citizen and state, than for government officials, bureaucrats and agencies to waste the money entrusted to them by the people they serve. – Bob Riley

Sources: The Mercatus Center, George Mason University: The Costs of a National Single-Payer Healthcare System, by Charles Blahous , Medicare for All: A Non-Solution to a Non-Problem, by Robert Graboyes; Understanding Medicare’s Impact on Innovation, by Marta Podemska-Mikluch; Bernie Sanders Supporters Admit His Socialized Medicine Plan Will Ration Care by Christopher Jacobs, The Federalist

← No Democracy, Republic, Monarchy, or Dictatorship Is Safe from Islam!
Christianity Impacted Slavery, Science, and Shakespeare! →

1 comment for “You Can Keep Your Doctor If You Can Find One!”