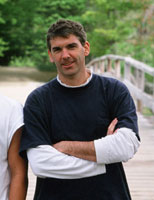 Chuck Thompson, in “Better Off Without ‘Em: A Northern Manifesto for Southern Secession,”  decided in 2012 that it was time for the South to go.

Normally known for his tongue in cheek  writing skills, Thompson has jumped to serious author.    Admitting that he writes from his own perspective, he headed South looking for anyone or anything that would prove the far left liberal ideas that the South is dragging America down.

In an interview with AlterNet’s Joshua Holland, Thompson said that “getting rid of the South would allow the liberals to take the country into a direction they think is befitting.” After all, according to Thompson, it’s the “dim-witted, mouth-breathing, racists rednecks”  representing enormous “voting quorums” in the South that are holding the liberals back.  And, of course, those dim-witted racists rednecks got that way by being Christians. “If it’s God’s law that is driving you. . .then you simply can’t compromise. . .There’s less commitment to the ideal of public education. . .lowest SAT scores, lowest graduation rates and the most illiteracy.”

On the very first page of Thompson’s book  he wonders why the American electoral system must be “held hostage by a coalition of bought-and-paid-for political swamp scum from the most uneducated, morbidly obese, racist, morally indigent, xenophobic, socially stunted, and generally ass-backwards part of the country”.  Apparently he’s never 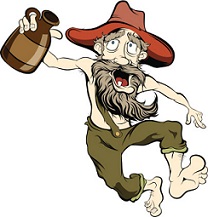 been to New York or Chicago.

The book then takes a downward spiral in six essay like chapters of dissing Southerners on religion, politics, race relations, education, economics and what he calls our “obsession” with our “overrated college football teams.”  When he runs out of Southerners to attack, Thompson goes after a few politicians  like John Boehner who is from Ohio, not exactly a southern state but which Thompson justifies as southern because “Cincinnati is just across the Ohio River from Kentucky,” which to his distorted little brain makes him a Southerner.  Thompson also attacks Representative John Shimkus for having the nerve to cite Genesis as his reason for not swallowing the global warming scam.  Shimkus is from Illinois but once again, Thompson justifies his attack because Shimkus is from an area of “southern Illinois settled almost entirely by farmers from Kentucky.”

Now if you want to know what other liberal  readers  of Thompson’s book  think of the South,  check out some of  the customer reviews at Amazon.   One “Yankee Liberal” wrote that the South is a political sewer. . .shaped by a bunch of political criminals and treasonous rednecks who are still licking their wounds. . .”I’m getting sick and DAMN tired of being governed by these psychotic, right-wing lumpen-proletariat.”  This review was, by the way,  written by a liberal who attended a southern college but grew up in an area of Southern Ohio that he refers to as “Little Dixie.”

Another reviewer blamed the current political polarization on the anti-common man “plantation” mentality of the southern elite. . .funneling huge sums into political campaigns to bring Plantation America to all of us. . .who have been duped into thinking they are where God wants them to be and that everyone needs what they have.  What the southern mentality represents is an “abomination.”

After all the bashing, I have to ask myself – if we’re so bad why do so many Yankee Liberals move south?  Believe me, most of us “ignorant, morbidly obese, racist, morally indigent, xenophobic, socially stunted, and generally ass-backward” Southerners wish you wouldn’t.

So, from one Southerner to an ignorant Yankee, let me say I agree with your premise that Secession might be a good thing but I’m pretty sure the new United States of America would include much more than just the original confederate states.  There are a lot of patriotic Conservative Christians living in the North.  If somehow we could figure how to squeeze all those liberal bigoted narcissistic Yankees into just two or three states – the United States Socialist Republic – the rest of us would breathe a deep sign of relief.

Liberals, especially those on the far left fringe, while believing themselves superior to the peasants,  are incapable of  comprehending  why  the rest of us don’t bow down and kiss their butt!!!

← Killing Babies, Killing Freedom
No Fun Being a Leftist →