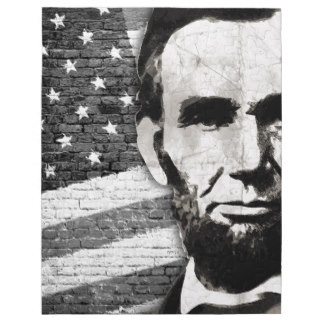 After his death, for many, Lincoln became a symbolic Christ, and for others perhaps, more than symbolic.  So it is right and fitting, given the legacy laid at his feet, and the resultant and seemingly unstoppable growth of the “Behemoth” managerial state that has occurred since his presidency, to examine his actual meaning in the context of our history.

Most school children know almost nothing about him except that he freed the slaves, which, of course, is patently untrue: he freed not one slave. Yet his looming presence, his role as a kind of holy icon after death, and the radical task he accomplished in completely restructuring the original American nation that the Founders created, remain constantly with us.

In a real and palpable sense, Lincoln became the founder and canonized saint of a new nation, in which the ideas of a democratic Republic and equality were enshrined as bedrock principles. As such today, the “high crimes and misdemeanors that are the most heinous, the most grave, in our benighted land are crimes against equality, whether committed against racial minorities or against women or against homosexuals who want to force the rest of us to fully accept their lifestyle and those crimes against full democracy including voter ids, and preventing illegals from full participation in all the goodies that the federal government can dole out.

That is not to say that there is an unbroken, direct line connecting the Lincolnian Revolution of the 1860s with the public and private defecated culture and corrupt and managerial political system that engulfs us today. Indeed, the history of the US since 1865 is filled with vicissitudes and curves and variations. It would be unfair to blame Lincoln directly for these present happenings because as a 19th century Liberal, he would be offended and shocked by much of what besets us today culturally and socially.  But Lincoln like other 19th century leaders of Liberalism opened the door to a future filled with even more radical change.

It is interesting to focus the great Iliad of the Confederacy in the context of the brutal and vicious universal war between the forces of 19th liberalism and the forces of tradition and counter-revolution. Almost without exception, all 19th century traditional conservatives, Legitimists, and Catholics not only favored the Confederacy in its crusade against the North, but they did no enthusiastically, to the point that thousands of European traditionalists found their way to cities like New Orleans to volunteer to fight for the Confederate cause. And who can forget the favor given by and collaboration of the Habsburg emperor of Mexico, Maximilian? It was to his empire that many Confederate soldiers fled after Appomattox.

The traditionalist press in Europe openly believed that the confederacy was part of a much greater conflict, a universalized war, to halt the advance of the effects of the French Revolution, and to, if possible, reverse the worst aspects that resulted from the opening of that Pandora’s Box. They visualized the Confederacy as a cobelligerent in the effort to stop the growth of “democratism” and “egalitarianism.” One could easily debate if this vision by European traditionalist conservatives was completely valid, or mere fancy but the reasons supporting it, given our subsequent history, are strong in an ex post facto way.

What we are talking about is the triumph in the 19th century of a radical transformation in the way society and our citizens look at history and change. When America was thought of in the 1850s, it was mainly Southerners who came to mind: Washington, Jefferson, Madison, Monroe, Jackson, and even Davy Crockett.  After the civil war, America would be identified with Northerners like Lincoln, Webster, Adams, Grant and Roosevelt.  In short, what is called the Civil War was not a conservative act to preserve the Union, it was a violent revolutionary transformation from a federative polity of sovereign states, into a would-be unitary state that brought about a shift of political power from the States to the central government and a transformation of American identity.

Indeed, the result was the enthronement of the “Idea of Progress” as the norm, such that movement in history always is  considered “progressive” or, better described, a la Sinistra, to the left. And, given this template, does not the ongoing leftward [progressive] movement of both Democrats and Republicans in the US, as well as both Socialist and establishment “conservative” political groupings in Europe make sense?

Selections from a lecture “The Lincoln Puzzle: Searching for the Real Honest Abe” by Professor Ludwell Johnson of the College of William and Mary, 1990.

In reference to Professor Johnson’s claim that Lincoln did not free the slaves, according to the history channel, Lincoln did not see the civil war as a struggle to free slaves but to prevent the Southern rebellion from severing the Union permanently. The Emancipation Proclamation was written as a military measure that didn’t apply to border slave states such as Delaware, Maryland, Kentucky and Missouri, all of which had remained loyal to the Union. Lincoln also exempted selected areas of the Confederacy that had already come under Union control in hopes of gaining the loyalty of whites in those states. So, in practice, the Emancipation Proclamation didn’t immediately free a single slave as the only places it applied were places where the federal government had no control – the Southern states currently fighting against the Union.

“The whole story of the war and its cause has been distorted and perverted and falsely told.  Yet at the bar of unbiased history, before the tribunal of impartial posterity, it will become manifest that the vital principle of self-government, the world’s ideal, and what was fondly deemed America’s realization of that ideal, went down in blood and tears on the stricken field of Appomattox.  It was there that Statehood perished.  It was there that the last stand was made for the once sacred principle of government by free consent.”  John Cussos, Glance at Current History

← Perversion and Immorality vs. Trump’s MAGA
The Morality of Jackals →