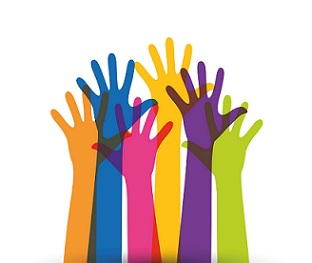 Interventionists and politicians use abstractions such as “society” to justify the forceful confiscation of resources from one group of people to another without any form of compensation or consent. The modern welfare state, with its tentacles of paternalistic control, reaches into every corner of personal and social life. It has made all of us “children of the state,” and weakened our desire and appreciation for self-responsibility.

Regardless of what you hear – Education is not a “right” – it is an economic good. Economic goods are, by definition, scarce and satisfy the necessities and desires of consumers. Education as a “right” compels the state to step in and maintain a monopoly on the service which is the desire of most academics and politicians.

With the birth of the modern welfare state in late 19th century Imperial Germany under Chancellor Otto von Bismarck, positive rights have formed the pillar of public policymaking in the West and countless other countries. From education to pensions, there exists a religious devotion to the idea the state must mandate individuals to either participate in a certain activity or be forced to give up their income to provide another individual with said good or service.

And nearly two centuries of government involvement in education has conditioned citizens to believe that not only is education an entitlement, but it is somehow free. This outlook is myopic at best. A substantial segment of the population doesn’t even use public education. Those who opt out, such as homeschoolers and private schoolers, are still forced to subsidize others who attend public schools.

As Frederic Bastiat observed, the “Government is the great fiction through which everybody endeavors to live at the expense of everybody else.” His astute observation, unfortunately, flies over the heads of the masses, who have been duped by politicians and the intelligentsia into believing these services are “free” and must be provided by the collective whole of society.

Let’s face it, there is nothing magical about education; it functions just like any other good or service. For most professions there is an inherent demand for educated workers so, it stands to reason that people will work in their own self-interest to educate themselves or build educational institutions to give others the necessary tools for joining the work force. In fact, there already exist parallel educational institutions where people can acquire high demand skills at reasonable prices.

When government starts declaring everything a right, a new set of problems emerge. When the state appropriates a sector of the economy, it not only monopolizes it, the state destroys any semblance of economic calculation. Destroying the ability of property owners to compare costs and gains, or discern profits and losses, ensures incoherent economic decision-making and a sub-optimal experience for consumers of said products or services.

This observation has gone from the theoretical to the practical. In the United States, the Department of Education’s budget started out at $14.5 billion in 1979 and currently stands close to $70 billion. When other spending initiatives like the school breakfast and lunch and Head Start programs are included, the total comes out to nearly $100 billion.

In the land of government services, incompetence is rewarded with bigger budgets and larger bureaucratic privileges. On the other hand, free enterprise responds to consumers, who have the power to put organizations out of business if their services are not up to par.

The concept of education having to enjoy a government monopoly exemplifies the arrogance of political actors who think that free people are incapable of bringing educational services to the free market. We have the potential of living in a Jetson’s world of education, but the political class insists on using Flintstones practices like state coercion to provide education.