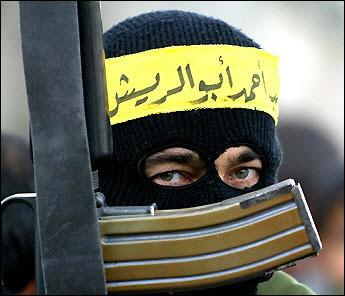 According to many on the left, the Bible is far more violent than anything found within the Qur’an. The military conquest of the land of Canaan by the Hebrews circa 1200 BC is often characterized as “genocide” and the idea that Islam imposed itself by the sword is but western fiction fabricated during the time of the Crusades to put Islam in a bad light.    An article by humanities professor Phillip Jenkins, “Dark Passages,” delineates this position most fully as he aspires to establish Christians and Jews as theologies of hate, as “religions of savagery.” Further, Jenkins claims the Bible overflows with “texts of terror,” and contains far more verses praising or “urging” bloodshed than does the Qur’an.

Since it is impossible for them to find examples of this barbaric behavior in the New Testament, those who espouse these views rely on historical events such as the Crusades.  What the left-wing revisionist will never tell you however is that the Crusades were a counterattack on Islam, not an unprovoked assault on that “religion of peace.”

The Crusades were, with few exceptions, limited to the successful wars for the recovery of southwest Europe and the unsuccessful wars to recover the Holy Land and to halt the Ottoman advance in the Balkans. The Muslim jihad, in contrast, was perceived as unlimited, as a religious obligation that would continue until all the world had either adopted the Muslim faith or submitted to Muslim rule.

In 1095, Pope Urban II called for the Crusades after suffering from the murderous invasions of Muslim conquerors who killed tens of thousands of Christians through four-and-one-half centuries of imperialist, colonialist conquest, conquests that made slaves and eunuchs of Christians for the pleasure of the caliphs, burned down or sacked the holiest churches in Christendom, robbed, raped, tortured, and murdered thousands of Christians on holy pilgrimage, brutally sacked and pillaged Jerusalem, and pillaged the countryside of Israel.

The Muslim wars of conquest had been launched for almost 1,500 years against hundreds of nations, over millions of miles significantly larger than the British Empire at its peak.  The lust of conquest stretched from southern France to the Philippines, from Austria to Nigeria, from central Asia to New Guinea.  It was the classic definition of imperialism — the policy and practice of seeking to dominate the economic and political affairs of weaker countries.

As chronicler of Muslim expansion Paul Fregosi noted, “‘From the fury of the Mohammedan, spare us, O Lord’ was a prayer heard for centuries in all the churches of central and southern Europe. Fear of the jihad has not entirely vanished even now, particularly among people who have known Muslim domination.”

Muslims conducted raids to capture slaves as far west as England and Ireland. They attacked Iceland and they plunged deep into Europe. They captured Sicily and invaded the Italian mainland. “Naples, Genoa, Ravenna, Ostia, and even Rome itself were all for a time pillaged or occupied by the Saracens. Human beings became a cheap and abundant commodity. In Rome, in 846 . . . the Muslims even looted the churches of St. Peter and St. Paul, and the pope had to buy off the invaders with the promised tribute of 25,000 silver coins a year.

Pope Leo IV ordered the construction of the Leonine Wall around the city to protect St. Peter’s from further assault.”   The threat continued for centuries, with Muslim forces laying siege in 1529 and 1683 to Vienna, the capital of the Holy Roman Empire, located in the heart of Europe.

To understand the Muslim world’s need for conquest, the need for violence, one must first understand that there is no separation between religion and government. Islam is not only a religion, it is also a political ideology. They believe themselves to have a manifest destiny. If the government of the Muslim community simply is God’s government, then no other governments can be legitimate. So, because of the need to expand God’s dominion by wars of conquest, Islam’s ideology imposes on Muslims the duty to fight for God’s community.

As eminent French sociologist Jacques Ellul notes, “Jihad is a religious obligation, forming part of the duties that the believer must fulfill; it is Islam’s normal path to expansion and it is for this reason that among the major religions, Islam is by far the most violent”.

It is true that the Old Testament contains numerous commands from God to use violence to protect and promote the nation of Israel. It is however just the history of one nation; history that revolved around a specific time and directed against a specific people. At no time did such violence become standardized or codified into Jewish law nor did God demand that the nation of Israel force their religion on the world.

Christianity, by contrast, is meant for all people in all countries. It has much greater breadth, and much lower intrinsic potential for violence. Though the New Testament acknowledges that the Old Testament revelation is from God, it does not contain any new commands to use violence, as Christianity was not to be allied from its birth to a state in the way Israel was.  Nothing in the New Testament teaches hate.

In contrast, Islam’s founder was a warlord who rose from nowhere and who by his death was the undisputed master of the Arabia Peninsula. The Qur’an he produced is filled with commands to use violence in the service of its religion and its nation. As a result, Islam has been willing to employ violence on a massive scale, as illustrated by the first century of its existence, when the Islamic Empire exploded outward and conquered much of the known world.

Their attitude of violence against non-Muslims is clear. Regarding pagans, the Qur’an says, “Slay the idolaters wherever you find them. Arrest them, besiege them, and lie in ambush everywhere for them. If they repent and take to prayer and render the alms levy, allow them to go their way. God is forgiving and merciful” (Surah 9:5). This amounts to giving pagans a convert-or-die choice.

Regarding violence against Jews and Christians, the Qur’an says, “Fight against those to whom the Scriptures were given as believe in neither God nor the last day, who do not forbid what God and his messenger have forbidden, and who do not embrace the true faith, until they pay tribute out of hand and are utterly subdued” (Surah 9:29). In other words, violence is to be used against Jews and Christians unless they are willing to pay a special tax and live in subjection to Muslims as second-class citizens. For them the choice is convert, die, or live in subjection.

To be perfectly honest, there are people of peace and people of violence in all religions. It is also true that Jews and Christians have engaged in acts of violence.  Changing historical circumstances doesn’t do  much to bring out these tendencies among the followers of different religions. Yet, even when these qualifications are made, it is clear that Islam as a religion and an ideology has by far the greatest tendency to violence that stretches back to the days of Mohammed. An ideology of violence that has exploded in the 21st century.