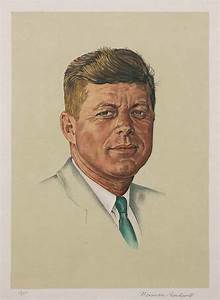 God help us. If our 35th president, fiscally profligate, contemptuous of civil liberties, and criminally reckless abroad, is a paragon of modern conservatism, conservatism is in even worse shape than I thought. Gene Healy

I have seen several posts on Facebook pushing JFK as a conservative in the midst of left-wing democrats, citing his positions on gun rights, national defense and tax cuts as proof he would not fit in today’s Democratic party. I hate to burst their bubble but JFK’s track record as President proved he was no paragon of free market advocacy.

In 1963, during his State of the Union Address, Kennedy did call for $13.5 billion in tax cuts through a reduction of the top income tax rate from 91%, which had been in effect since the reign of Harry Truman, but this was not to benefit the peasants – it was a ploy to restore his political image after the Cuban Missile Crisis.

JFK’s New Frontier program also belies his supposed free market credentials. The New Frontier called for a series of government initiatives to fight poverty—federal aid to education, public works, and expanded social security benefits. Further, JFK was pushing for universal healthcare in 1962, chastising the American government for not following Europe’s path in socializing medicine. After he was assassinated, his New Frontier program lived on under LBJ’s War on Poverty and we know what a success that was.

During his time in office Kennedy meddled in the free market. Believing that higher steel prices would adversely affect the economy, he took the government where it should have never gone – into the negotiations between steel companies and unions. The steel companies let Kennedy pressure the unions into a no-wage increase contract and then increased steel prices by 3.5% anyway.  Kennedy became enraged and used the FBI and the antitrust division of the Justice Department to “investigate” those companies for price-fixing and collusion.  The FBI, in its usual zeal, went after the company executives by using wire taps, auditing expense accounts and tax returns.  The Justice Department redirected government contracts to smaller steel companies who agreed to restrain their prices.  Eventually, JFK forced the larger companies into complying with what he wanted.

His overall record on domestic spending restraint was nothing to write home about either. Nondefense, non-interest spending went up over 8% a year on Kennedy’s watch. By that measure, Kennedy was one of the most profligate presidents of the modern era.

JFK, like Obama, conducted a systematic effort to silence the Right through abuse of the FCC’s Fairness Doctrines and politicization of the IRS – in fact, he practically wrote the playbook. A key document here is the 1961 “Reuther Memorandum,” a 24 page strategy  memo commissioned by brother Bobby and drafter by the United Auto worker leaders Walter and Victor Reuther with liberal attorney Joseph Rauh.  This memo called for “deliberate Administrative policies and programs to contain the “radical” right from further expansion with a long term goal of reducing it to a role of impotent “lunatic fringe.”

Under JFK, the white house was a driving force behind behind the IRS’s Ideological Organizations Project, a “far-reaching effort to undercut the power of the right” with politically motivated audits and challenges to tax-exempt status. He also used the Fairness Doctrine to challenge and harass right-wing broadcasters in the hope that the challenges would be so costly to them that they would be inhibited and decide it was too expensive to continue.

If contempt for civil liberties is a mark of pride, then the Kennedy team had plenty to be proud about. Among other abuses, in 1962, JFK ordered his CIA director to violate the agency’s charter by wiretapping members of the Washington press corps. Long before Nixon created his ‘plumbers’ unit of CIA veterans to stop news leaks, Kennedy used the agency to spy on Americans, setting a precedent that Presidents Johnson, Nixon, and George W. Bush later followed.

Kennedys’ humiliation over the Bay of Pigs incident led to Operation Mongoose, a Bobby Kennedy led effort to overthrow and/or assassinate Castro; and even prompted Bobby to ask the CIA director if he could “gin” up a “pretext for war” by staging a phony attack on Guantanamo Bay.

JFK’s sordid legacy is not anything conservatives should seek to appropriate.

Source: Quit Trying to Turn JFK into a Tax-Cutting Budget Hawk, Mises Inst. By Jose Nino; Kennedy Was No Conservative, by Gene Healy, The American Conservative