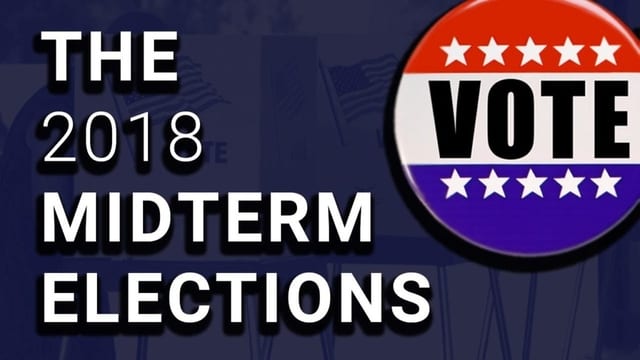 Without plunging into an op-ed vortex of impossible questions and unlikely answers the simple answer would be – yes!

America has been in decline for decades, but under Barack Obama it was nearly a ride to liberal hell in a handbasket. The reluctance to get onboard the Trump train is now clearer than ever since the 2018 mid-terms.

There are a few positives such as winning the majority in the senate and the fact that there is still time to ramrod key legislation through the house up to the 3rd of January 2019.

The list of negatives is huge because they are a promise of a long uphill battle for both conservatives and the President.

·         Colorado elected Jared Polis, the first openly gay governor in U.S. history. The LGBT agenda is now given a boost that was heretofore un-imaginable.

·         Pot is now legal across the State of Michigan under the passage of proposal 1 in the midterms of 2018. While it may not be smoked in public or while driving, now young and old may proceed to buzz blithely into mind-pause at will. Getting stoned in a dying nation is not a hopeful sign of a new America and it is not even close to the old America.

·         Elizabeth Warren wins in Massachusetts in spite of being caught red handed in lies about her heritage; it used to be that Senators were impeached for such lies in today’s America it gets them elected.

·         Nancy Pelosi will now try for Speaker of the House once again, but even the dem’s have their doubts about that. It is an ominous portent at the least.

·         Democrat Dianne Feinstein chalked up her fifth victory to remain in the senate. Oh joy! Should we begin to pray that she does not incite a riot?

·         Democrat Congresswoman –elect Rashida Tlaib a Muslim, draped a Palestinian flag over herself during her victory celebration in Michigan’s 13th district. Isn’t the 13th district still in the United States of America? Should someone tell her she’s using the wrong flag?

Fox News says that because democrats failed to take the upper chamber of the senate that the gains in the house are more like fools gold than the real stuff. Regardless of what is said, the road through to 2020 will be difficult and tumultuous.

Three very important things can be ascertained from the outcome of the 2018 midterms.

1. The kinds of Americans that think liberalism, destroying babies, getting high and promoting sexual perversion are perfectly normal, are on the rise. They all voted democrat.

2. The evangelicals and the church in general have become an impotent force because of a combination of lust, lethargy and apostasy. The day of evil is surely approaching. (Pr 16:4)

3. For the first time in our history this nation that was founded on Biblical principles and the good counsel of preachers and prophets has succumbed to a deafness that will lead to their demise as surely as the compass points to north.

The passage that best describes America today especially after the midterms is thus;

← The War On Christianity
No Mystery: Hillary is the Shadowy Past – Trump is Hope for the Future →