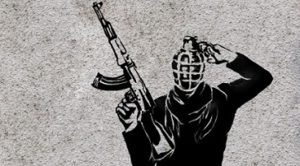 Regardless of the garbage that the left wants you to believe, Islam does not come into a society to co-exist, they come with the intention of invading, dominating, and eventually enslaving the people. Harsh words maybe but they are true.  If a religion aims to subjugate other religions and cultures, wouldn’t we be foolish not to treat it differently?

According to Islamic doctrine, there can be no peace on earth until non-Muslims are subjugated to Islam. Whenever and wherever Muslims gain sufficient power, this is what they do. And if 1400 years of history is any guide, this is what they will attempt to do to us.

From its foundation in 2014, ISIS singled out Christianity and Rome in particular at its chief targets.  “Syria is not for Syrians and Iraq is not for Iraqis.  The land is for the Muslims, all Muslims.  This is my advice….If you hold to it, you will conquer Rome and own the world.”  In September of last year, the group’s spokesman added that America and its allies know “that the matter is more dangerous than you have imagined and greater than you have envisioned….We will conquer your Rome, break your crosses, and enslave your women, by the permission of Allah….This is the promise to us….If we do not reach that time, then our children and grandchildren will reach it, and they will sell your sons as slaves at the slave market.”

While ISIS is willing to admit that its caliphate may not endure long, Abu Mohammad al-Adnani implied that while their loses may embolden the West, true defeat is the loss of willpower and the desire to fight none of which applies to ISIS or Islamic terrorist around the globe. Since they are convinced we will eventually lose our desire to fight back, defeating ISIS will require more than simply bombing out the caliphate. In an article published in an al-Haba newsletter, The Crusaders Illusions in the Age of the Caliphate, ISIS warned the West that if we wanted to achieve victory,  we will have to wait until an entire generation of Muslims are wiped out….”for the generation that has lived in the shadow of the caliphate, or has lived during its great battles, will be able to keep its banner aloft….until all traces” of its existence is vanished from the earth.

So again I ask: considering what we know about the Islamic religion, if that religion aims to subjugate and destroy other religions and cultures, wouldn’t we be foolish not to treat it differently?  After all, discrimination in a free society is necessary. We don’t give 9 year olds a driver’s license and we set age limits on marriage, voting, drinking or enlisting in the service. We expect our judicial system, our law enforcement to discriminate between what is legal under the law and what isn’t. We believe that freedom of religion includes the right to leave a particular religion, except maybe in Scientology, and we expect our religious leaders to help us discriminate vice from virtue.

Discrimination in religion is not as un-American as it may sound. In the late nineteenth century, Congress outlawed the Mormon practice of polygamy . Come to think of it, you can add polygamy to the list of differences between Islam and Western religions.  As the number of Muslims increase in America, you can expect that demands for polygamy will increase. Muslims in Italy are already demanding that right and while it is officially against the law in Britain, it is generally accepted that police in the UK are too busy uncovering terror plots to be bothered with something as minor as polygamy.  And, the seeds have already been planted here.

As the Muslim population continues to  grows in the U.S. we can also expect that the incidence of child marriage will increase along with honor killing and female genital mutilation. Our laws which already prohibit polygamy, child marriage, cruel and unusual punishment, wife-beating, etc., will be ignored because our commitment to non-discrimination already undermines such laws and eventually exceptions to the rule of law will be made. Yet, having soaked in multiculturalism and cultural relativism for decades, Western authorities don’t have any defense against the “this-is-permitted-in-my-culture” plea.

Having succumbed to the belief that all values are equal, Western courts are now faced with the logical implications of that belief. Societies that can no longer discriminate between natural marriage and same-sex marriage can’t be expected to defend the discriminatory notion that exclusive marriages are better than polygamous marriages. And legislators who can’t “discriminate” between the men’s room and the ladies’ room won’t have a leg to stand on when the newly elected Muslim dominated legislature proposes amputation as a remedy for theft.

While it is wrong to prejudge people, prejudice is not the greatest danger to a society. The danger is the failure to make judgments that erodes and eventually destroys a society.

← Beto The Buffoon
How Low Will They Go In Their Hate Trump Obsession? →