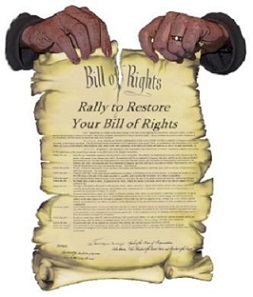 “. . .One needs to protect the church from the state because the latter will utilize its enormous powers to do what the state has always done – either subvert the religion or destroy it.  If we continue our slide toward a state that breaches the wall of separation whenever it is convenient, then I worry about the great risk to religious freedom.  In the end, such a breach could destroy our ability to form the communities of resistance that are crucial if we are going to have a chance to transform the nation.”   Professor Stephen Carter, Yale Law School

If you had the misfortune of being education in the public school system during the last few decades you were taught that America was founded by slave-holding Christians, deists and freethinkers who “insisted” on instituting a constitutional separation of church and state.

What you weren’t taught is that throughout the 1700s, Christianity permeated American society from top down, in the public square, in the schools as well as in the churches.

In 1777, when the Revolutionary War threatened the flow of Bibles from England, Congress approved the purchase of 20,000 Bibles from Holland to give to the states. Connecticut, Georgia, Maryland, Massachusetts, New Hampshire and South Carolina refused to ratify the new Constitution unless it included a prohibition of federal meddling with their state established religions.  Some states required that those seeking elected office to be Christians.  The continental congress routinely designated days of fasting and prayer and other religious observances.  The continental Congress appointed government funded chaplains and money to pay for Christian missionaries to covert American Indians.

James Madison, key architect of the Constitution and a leading member in the First Congress  submitted proposals  in 1789 known as “Nine Articles” comprising up to 20 amendments that make up the Bill of Rights.   One of those Articles concerned religious freedom which the ACLU and other far left organizations today espouse as the  “separation of church and state.”

Madison’s proposal concerning religion was that  “The civil rights of none shall be abridged on account of religious belief or worship, nor shall any national religion be established, nor shall the full and equal rights of conscience be in any manner, or on any pretext, infringed.”   After much  debate, Madison’s statement was turned over to a committee,   which came up with another version that said “No religion shall be established by law, nor shall the equal rights of conscience be infringed.”   Madison explained this new version as “Congress should not establish a religion and enforce the legal observation of it by law, nor compel men to worship God in any manner contrary to their conscience.”

Representative Benjamin Huntington was worried that the changes might “be taken in such latitude as to be extremely hurtful to the cause of religion,” so Madison suggested that the world “national” be inserted before the word “religion” to assuage the fears of those concerned over the establishment of a national religion and of being compelled to conform to it.  Representative Eldridge Gerry objected to the word “national” arguing that the Constitution created a federal government, not a national one so  Madison withdrew his  proposal while assuring Congress that his reference to a “national religion” had to do with a national religious establishment, not a national government.

The House once again altered the wording to say that “Congress shall make no law establishing religion, or to prevent the free exercise thereof, or to infringe the rights of conscience.”  The Senate offered its own version, “Congress shall make no law establishing articles of faith or a mode of worship, or prohibiting the free exercise of religion.”   The House, not satisfied with the Senate version, called for a conference from which emerged the wording we have today.    {The Marketing of Evil, by David Kupelian}

Just from the debate, it is very obvious that Congress did not mean to put a wall of separation between church and state other than to prevent the federal government from establishing a national religion and forcing Americans to belong to it.

Justice Joseph Story, appointed to the Supreme Court  by President James Madison, wrote in 1811 that “at the time of the adoption of the Constitution, and of the amendment to it now under consideration [First Amendment], the general, if not the universal sentiment in America was, that Christianity ought to receive  encouragement from the State so far as was not incompatible with the private rights of conscience and the freedom of religious worship.  An attempt to level all religions, and to make it a matter of state policy to hold all in utter indifference, would have created universal disapprobation, if not universal indignation.  The real object was, not to countenance, much less to advance Mahometanism [Islam], or Judaism, or infidelity, by prostrating Christianity; but to exclude all rivalry among Christian sects, and to prevent any national ecclesiastical establishment, which should give to a hierarchy the exclusive patronage of the national government.”

Supreme Court Chef Justice William Rehnquist, in reviewing the 1789 First Amendment deliberations came to the same conclusion.  “. . .His [Madison’s] original language, “nor shall any national religion be established,” obviously does not conform to the “wall of separation” between church and state idea which latter-day commentators have ascribed to him.  . .It seems indisputable from these glimpses of Madison’s thinking, as reflected by actions on the floor of the House in 1789, that he saw the Amendment as designed to prohibit the establishment of a national religion, and perhaps to prevent discrimination among sects.  He did not see it as requiring neutrality on the part of government between religion and irreligion.  None of the other Members of Congress who spoke during the August 15th debate expressed the slightest indication that they though the language before them. . .would require that Government be absolutely neutral as between religion and irreligion.”

So what went wrong?  In 1947, in the case of Everson v. Board of Education,  Justice Hugo Black established a legal argument that was later used by far left organization against religion when he wrote  that “The First Amendment has erected a wall between church and state.  That wall must be kept high and impregnable.  We could not approve the slightest breach.”  Justice Black was a liberal southern Democrat and former KKK member  from Alabama, as well as a strong supporter of “New Deal” policies which explains why Franklin D. Roosevelt appointed him to the Supreme Court.

Black’s background and experience show probable cause for his judicial activism against religion.   The Klan espoused not only racial hatred but religious bigotry, especially when it came to the Catholic Church.  Black, as a member of the KKK, gave many speeches concerning Catholics and the power of the Catholic Church, according to his son, Hugo Black, Jr.   Justice Black also have misgivings about religion in general, believing that it held too much sway in people’s lives.  As an adult he professed to having  no faith concerning religion.  {Hugo Black, Jr., “My Father: A Remembrance”}

In Black’s opinion he cited a little known letter that Thomas Jefferson had written in 1802 to the Danbury Baptist Association concerning the “Wall of Separation of Church and State.”   Jefferson, who was Ambassador to France at the time the Bill of Rights was drafted, was explaining his own personal beliefs.   Jefferson did  believe in the federal system which excluded the national government from interfering in religious affairs – he did believe that the state could be  involved with religious matters.   He once wrote  that “certainly no power to prescribe any religious exercise or to assume authority in religious discipline has been delegated  to the federal government.  It must, then, rest, with the states.”  Jefferson therefore believed that where religion was concerned the “wall”  sat between the church and state on one side and the federal government on the other side.   Justice Black, in his opinion,  moved that “wall”  to separate church on one side  from the state and federal government.  Read Hugo Black’s Wall of Separation of Church and State

“Based on modern misconceptions of the separation of church and state, there could have been no abolition movement to eradicate slavery, since it was led by Christians with the Bible as their principle ideological text, nor could there have been a Civil Rights movement (other than, say the Malcolm X version), since  it too was a church-based movement led by ministers quoting the Bible.”   Michael Brown, Ph.D, New York University

Professor Carter is telling us that the “wall of separation”  stands to preserve religious freedom. Its job is to protect the church [garden]  from government [wilderness] intrusion  which will only pervert or destroy our  religious freedom.

“A nation does not die until it’s soul dies, and the soul of a nation is its culture and its faith, not the bodies of its citizens.”  Daniel Greenfield