“Honor never grows old, and honor rejoices the heart of age.  It does so because honor is, finally, about defending those noble and worthy things that deserve defending, even if it comes at a high cost.  In our time, that may mean social disapproval, public scorn, hardship, persecution, or as always, even death itself.  The question remains:  What is worth defending?  What is worth dying for?  What is worth living for?”   William M. Bennett 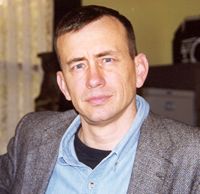 The following is taken from an article by LTC (Ret.) Dave Grossman, Ph.D.

Most of the people in our society are sheep.  They are kind, gentle, productive creatures who can only hurt one another by accident.   I mean nothing negative by calling them sheep.  To me, it is like the pretty, blue robin’s egg.  Inside it is soft and gooey but someday it will grow into something wonderful.  But the egg cannot survive without its hard blue shell.  Police officers, soldiers, and other warriors are like that shell, and someday the civilization they protect will grow into something wonderful.  For now, though, they need warriors to protect them from the predators.

Sheep live in denial, that is what makes them sheep.  They do not want to believe that there is evil in the world.  They can accept the fact that fires can happen, which is why they want fire extinguishers, fire sprinklers, fire alarms and fire exits throughout their kids’ schools.  But many of them are outraged at the idea of putting an armed police officer in their kid’s school.  Our children are thousands of times more likely to be killed or seriously injured by violence than fire, but the sheep’s only response to the possibility of violence is denial.

Then there are the wolves and the wolves feed on the sheep without mercy.  There are evil men in this world and they are capable of evil deeds.  The moment you forget that or pretend it is not so, you become a sheep.   There is no safety in denial.  If you have a capacity for violence and no empathy for your fellow citizens, then you have defined an aggressive sociopath – a  wolf.

Then there are sheepdogs.  They live to protect the flock and confront the wolf.   A sheepdog is a warrior, someone who is walking the hero’s path.  Someone who can walk into the heart of darkness, into the universal human phobia, and walk out unscathed.

Sheep do not generally like the sheepdog.  He looks a lot like the wolf.  He has fangs and the capacity for violence.  The difference, though, is that the sheepdog must not, can not, and will not ever harm the sheep.  Any sheepdog who intentionally harms the lowliest little lamb will be punished and removed.  The world cannot work any other way, at least not in a representative democracy or a republic such as ours.

Still, the sheepdog disturbs the sheep.  He is a constant reminder that there are wolves in the land.  They would prefer that he didn’t tell them where to go, or give them traffic tickets, or stand at the ready in our airports, in camouflage fatigues, holding an M-16.  The sheep would much rather have the sheepdog cash in his fangs, spray paint himself white and go, “Baa”.  Until the wolf shows up.

The sheep pretend the wolf will never come, but the sheepdog lives for that day.  After the attacks on September 11, 2001, most of the sheep said “Thank God I wasn’t on one of those planes.”  The sheepdogs, the warriors, said “Dear God, I wish I could have been on one of those planes.  Maybe I could have made a difference.”  When you are truly transformed into a warrior and have truly invested yourself into warrior-hood, you want to be there.  You want to be able to make a difference.  There is nothing morally superior about the sheepdog, the warrior, but he does have one real advantage.  Only one.  And that is that he is able to survive and thrive in an environment that destroys 98% of the population.

There was research conducted a few years ago with individuals convicted of violent crimes.  The vast majority said that they specifically targeted victims by body language:  slumped walk, passive behavior and lack of awareness.  They chose their victims like big cats do in Africa, when they select one out of the herd that is least able to protect itself.  Some people may be destined to be sheep and others might be genetically primed to be wolves or sheepdogs.   But I believe that most people can choose which one they want to be, and I’m proud to say that more and more Americans are choosing to become sheepdogs.

Edmund Burke said that “There is no safety for honest men except by believing all possible evil of evil men.”  In nature, the sheep, real sheep, are born as sheep.  Sheepdogs are born that way, and so are the wolves.  They didn’t have a choice.

But you are not a critter.  As a human being, you can be whatever you want to be.  It is a conscious, moral decision.  If you want to be a sheep, then you can be a sheep and that is okay, but you must understand the price you pay.  When the wolf comes, you and your loved ones are going to die if there is not a sheepdog there to protect you.  If you want to be a wolf, you can be one, but the sheepdogs are going to hunt you down and you will never have rest, safety, trust or love.  But if you want to be a sheepdog and walk the warrior’s path, then you must make a conscious and moral decision every day to dedicate, equip and prepare yourself to thrive in that toxic, corrosive moment when the wolf comes knocking at your door.

Denial is a save-now-pay-later scheme, a contract written entirely in small print, for in the long run, the denying person knows the truth on some level.   The warrior must strive to confront denial in all aspects of his life, and prepare himself for the day when evil comes.

Which are you – a sheep  who blindly follows the political rhetoric of the governing elite, or a sheepdog who is unafraid to stand up for the values and freedoms that make America great?

← A Time For Choices
The Right to Self-Defense →