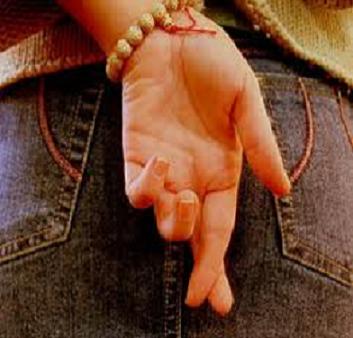 Progressives  are adept at twisting the truth to fit their political agenda and ignoring facts that do not support that agenda.

Over the years progressives Democrats have cast themselves as the party of compassion using envy to promulgate class warfare in the name of fairness.  They throw out the race card, corporate greed, religious intolerance and social justice to put conservatives on the defensive and to convince Americans that government is the universal solver of all that ails us.

Solutions they propose to solve society’s social “ills” have been  anything but.  Their never-ending attempts at social engineering by government fiat not only fails to solve America’s social and economic problems, they prolong and perpetuate them. Government does not solve problems –  government creates the problem and then makes it worse!

President Lydon Johnson  began the government’s official  “war on poverty” in the 1960s.  Since its inception  the problems of poverty and homelessness have only gotten worse.  The government now has more than 120 anti-poverty programs and, according to the Cato Institute, spends  more than one trillion a year on these failed programs.  As government  programs expanded,  the number  of people living in government defined poverty increased.  While the government’s efforts may provide short-term relief,  they actually hurt recipients over the long run by ensuring that they remain poor, that they remain dependent upon government subsidies.  By perpetuating the cycle of poverty, government programs have the effect of passing it from generation to generation until living in poverty becomes a way of life.

To eliminate  poverty you  must solve its root cause and you cannot eliminate the root cause by rewarding it  with government handouts. Rather than freeing the poor from dependency – government transfers that dependency to themselves leaving the less politically connected people at the mercy of the political process and their ambitions.

Using the Department of Labor statistics, Robert Rector of the Heritage Foundation calculates that “poor” families spend $2.40 for every $1.00 of their reported income.  When public housing benefits are added to the tally, the ratio of consumption to income rose to $2.60 for every $1.00.  In other words, the income figures that the Census uses to calculate poverty dramatically undercounts the economic resources available to lower income households.  So just how poor are America’s poor?

The overwhelming majority of the government’s “poverty” households have air conditioning, cable or satellite TV, a game system for their children, full kitchen appliances including dishwashers, microwave, washer/dryer, cordless phones, computer and printer,  Internet, ceiling fans and coffee makers.  What else do the American poor own?  This will surprise you but 42% of those counted as poor own their own 1,400 sq. ft. house with three bedrooms, 2.5 bathrooms and a garage which is more housing space than the average person living in Europe that is not counted as poor. There is also no evidence of malnutrition in America.  Nutrient density does not vary by income class.  Nutrient intake for well-off preschoolers is the same as that among poor preschoolers.

While the average poor family does not represent every poor family,  Liberal exaggeration and misinformation about poverty in America obscures the nature, extent and the cause of real material deprivation hampering the development of effective programs to reduce the problem for those in real need.   Any criticism of federal programs for the poor is met by the political left with charges of “hating the poor, or racism.”  It is as if they have a vested interest in continuing federal handouts.  For example,  Feeding America’s CEO brings in a cool $2 billion a year by scaring folks that starvation stalks our land while making $650,000 a year for himself.

As J.D. Vance explored in his memoir Hillbilly Elegy, the real poverty of the poor is spiritual rather than material.  Fixing that would require judgments over personal behavior, particularly drug use, alcoholism, sex, violence, and many more pathologies.  Another solution to poverty is jobs and a decent school system where education is king, not some left-wing indoctrination social agenda.

Businesses create jobs – government creates dependency.  Only when businesses can anticipate sustained growth will they add jobs and hire people to do them.  If politicians were honest about wanting to help the poor they would remove the barriers they use to block the poor from climbing out of poverty.

We all seek a society where everyone can reach his or her potential, where as few people as possible live in poverty.  But shouldn’t we judge the success of our efforts not by how much charity we provide but by how few people need such charity?  By that measure the progressive’s war on poverty is a big failure.

← A Spirit of Lawlessness Has Descended Upon the Streets of America
A Quick Seminar on Anger, Sorrow, and Laughter →