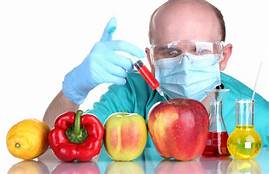 Autism, developmental delays, and chronic illnesses that include allergies and asthma, are at an all-time high affecting 1 in every 6 children across the United States.  Autism alone has increased from 1 child in every 1000 in 1995 to 1 in 59 in 2018.

While research has not found a definitive cause, a few studies have proposed associated risks. Unfortunately these risks are hardly ever shared with the general public and most often, doctors are not familiar with the science behind the associations. So it is up to the parents to step-up to the plate, to realize that the choices we make can play a part in influencing not only our health, but the health of our children.

We are surrounded by toxins produced from new technologies – from artificial intelligence to agricultural technology – and when you combine that with the toxins that exist naturally in the environment, we end up with a toxic overload that can cause an array of chronic health issues involving the brain, heart, lungs, nervous system and microbiome.  While we can’t control health issues that come from our genetic make-up, we can, and should, minimize exposure to those toxins that surround us.

Data from the USFA in 2016 showed detectable pesticide levels in 85% of over 10,000 foods they tested.  Even though special interest lobbyist for Monsanto have negated every attempt to have GM foods labeled there is one secret everyone needs to know when shopping for groceries – GM foods can be identified by reading the PLU code. A five digit number beginning with the #8 indicates the food has been genetically altered. For those not familiar with Price Lookup Codes – they are the 4 or 5 digits listed on a small sticker that is applied to individual pieces of fresh produce.  Unfortunately, unless can goods manufacturers willingly acknowledge their products are GM or GM free, there is no way to be certain of what you are eating.  In the end it is safer to eat organic fresh foods.

Glyphosate is the most widely used pesticide in the world despite the International Agency for Research on Cancer (IARC) classifying it as “probably carcinogenic to humans.” It has been associated with birth defects, liver disease, and cancer.  More than 5000 lawsuits against Monsanto have been filed by people alleging that exposure to glyphosate in “Round Up,” widely used as a pesticide in GM crops, caused non-Hodgkin’s lymphoma. In a landmark trial against Monsanto, California courts recently ruled in favor of a man who alleged that the weed killer he sprayed on the grounds of the school where he was employed caused his terminal cancer. If Round-up caused his cancer, what damage did it do to the children in the school?

Endocrine disrupting chemicals (EDC) are pervasive in our environment as well as in the personal care products we use daily. These EDC’s can interfere with the body’s hormone production, potentially causing adverse health effects including behavior issues and neurodevelopmental disorders, early puberty, obesity, reproductive issues, allergies, cancer, and autoimmune diseases. Pregnant consumers of personal care products that contain these classes of chemicals should know that these endocrine disrupting chemicals could be potentially harmful to their unborn baby.

Exposure to electromagnetic fields (EMFs) comes from most electrical devices, including our phones, gaming devices, cell phone towers, microwaves, computers, smart-meters, Wi-Fi, etc.  Our children are also exposed at school. EMF exposure during pregnancy has been linked to autism, ADHD and asthma. Studies also show that the increase in EMFs present in our environment over the last decade is coterminous with the increase in the rates of autism. Exposure can also include chronic headaches, fatigue, trouble sleeping, ringing in the ears, rashes or hives, feeling stressed or “wired.”

Aluminum, a known neurotoxin, can be found in food, water, cookware, personal care products, medicines, and biologics-like vaccines. Mounting evidence shows unusually high levels of aluminum in the brains of people with Alzheimer’s disease. A recent study shows the highest values for aluminum in human brain tissue was found in the brains of individuals with autism. Aluminum is also found in consumer goods including antacids, buffered aspirin, nasal sprays, some vaccines, and personal products like deodorant, toothpaste, and cosmetics.

Mercury, another known neurotoxin, is an element that occurs naturally in our air, water and soil, as well as in man-made products we use daily. It can be found in personal products including skin creams, deodorant, soaps, and medications. Methylmercury, thought to be the most harmful form of mercury, is ingested when we eat contaminated fish. Symptoms of mercury toxicity can include; impaired speech, walking, hearing, vision, and muscle weakness, lack of coordination, cognitive dysfunctions and changes in nerve responses, among others.

We can no longer wait for government to take action to protect us – they are bought and paid for by big corporations with unlimited cash.  Educate yourself and protect your family.