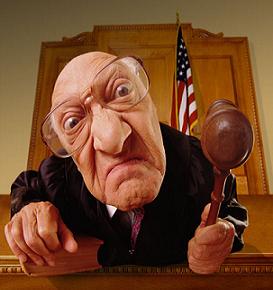 In 1823 Thomas Jefferson wrote that “at the establishment of our constitution, the judiciary bodies were supposed to be the most helpless and harmless members of the government.” Experience, he wrote soon showed otherwise as they “were to become the most dangerous.”  Their decisions, “seeming to concern individual suitors only pass silent and unheeded by the public at large,” and those decisions “became law by precedent, sapping” slowly decision by decision “the foundations of the Constitution.”  Man, he writes, is not made to be trusted for life, if secured against all liability to account” to the public.

Contrary to popular belief, The Supreme Court is not the ultimate, sovereign institution in the U.S. nor was it ever meant to be such. Our founding fathers believed it to be as Jefferson acknowledged, the “least dangerous branch.” Alexander Hamilton in Federalist 78 wrote that the “legislative branch had the purse” and the “executive had the sword,” and all the “judiciary had is judgment.”

It was not until the first chief Justice, John Marshall, supposedly fearful that SCOTUS could become a powerless institution in American political life, used a political maneuver in Marbury v. Madison, 1803, to create the doctrine of Judicial Review which gave the Court the ability to declare acts of Congress unconstitutional.  In writing the decision, Marshall argued that acts of Congress in conflict with the Constitution are not law and therefore are non-binding to the courts, and that the judiciary’s first responsibility is always to uphold the Constitution. If two laws conflict, Marshall wrote, the court bears responsibility for deciding which law applies in any given case.

The Constitution did not give this power to the Court, they gave it to themselves. Judicial Review is a classic case of the “fox guarding the hen-house,” that allows one branch of the government to judge the constitutionality of laws passed by Congress.  Unless you believe that SCOTUS is infallible and, demonstrably, it isn’t, then allowing them to be sole arbiter of constitutionality issues is dangerous.

Michael Paulsen, coauthor of The Constitution: An Introduction, also denounced  “judicial supremacy” as a “recurrent myth.”

Paul writes that the power of constitutional interpretation is not exclusively vested in the courts, with all other branches and officers of government bound to accept, unthinkingly and reflexively, whatever the courts decide.” As an antidote to judicial supremacy, he defends what he calls “the propriety of executive and congressional non-acquiescence in judicial precedent that, in the independent judgment of these other actors, conflicts with the Constitution.”

Writing in support of Paulsen’s interpretation, National Review’s Ed Whelan states the case more bluntly. “We live in a legal culture besotted by the myth of judicial supremacy.  According to this myth, the Constitution means whatever five Supreme Court justices claim it means, and all other governmental actors are duty-bound to abide by that supposed meaning.”  He also agrees  with Hamilton’s Federalist 78, that the executive branch is the one with the sword, that the president is not duty bound to abide by SCOTUS rulings. The president takes an oath to uphold the Constitution and that should include stopping any attempt by another branch of the government to subvert it.

Andrew Jackson refused to enforce the Court’s decision in Cherokee Nation v. Georgia on Indian removal. Abraham Lincoln ignored Chief Justice Roger Taney’s order in Ex parte Merryman to end suspension of habeas corpus in early 1861.  He made it clear in his first inaugural address that the the Court’s decision in Dred Scott could not preclude the political branches of government from acting on slavery in the territories.  He said that if it were otherwise “the people will have ceased to be their own rulers, having to that extend practically resigned their government into the hands of that eminent tribunal.”

While Presidents in general tend to see it as their duty to obey SCOTUS rulings and at times to even enforce them, Obama chose to ignore SCOTUS when it struck down federal pre-approval for certain states to enact changes to election laws.

The Constitution’s “checks and balances” were designed to prevent one branch of government from becoming too powerful and running roughshod over the other branches.  There is no such system of checks and balances to protect the states and the people when multiple branches of government, acting in concert, erode and destroy the rights and powers of the states and the people.

Presidents appoint judges who have a similar political ideology to their own. In other words, a president with a liberal ideology will usually appoint liberals to the courts. Likewise, conservative presidents tend to appoint conservatives. And since these appointments are generally for life, they have a major impact on our country.

← Because Our Forefathers Did Not Submit To Tyranny 243 Years Ago, Americans Still Have The Freedom Today To Right The Wrongs!
Little Michael Is Trump’s Ideal Opponent →