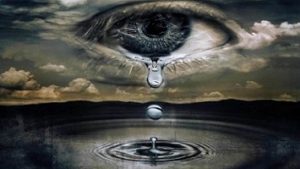 Despite popular opinion, the United States and much of the Western nations were once Christian. That doesn’t mean that the government was Christian – only that their values and laws were shaped by Christian ethics.

Our national holidays have always been around Christian holidays or, in the case of Thanksgiving, a new holiday designated as a time to thank God for our blessings. Many of our streets, towns and cities, recall Christian ideas or Christian people. Our Supreme Court still has the Ten Commandments on its façade. Laus Deo or ‘Praise be to God’ is inscribed on the Washington Monument. And that doesn’t even begin to touch the number of court cases or government documents that reference or rely upon Christian ethics for decisions, let alone the number of towns across America that still have Bible verses inscribed in marble or granite on government buildings and in public places.

Only recently have we, as a society, began to turn away from Christianity. This great apostasy began soon after the turn of the century but it was not until the 1960s that the decline began in earnest. Today, of course, Christianity has largely been banished from the public square. It is probably safe to say that many devout Christians now feel that they have been pushed to the fringes of society by a cultural elite who often want nothing to do with God.

But does that mean Christianity is dying?  No claims author Ed Stetzer, it is in a state of transition and that is not the same as dying, particularly if you hold the belief that Christianity is represented by people who live for Christ, not those that just check Christian on a survey form. Christians are not leaving the faith in droves.

While it used to serve Americans well to carry the Christian label, today it can be polarizing and even considered intolerant. So for those who really don’t have any skin in the game, shedding the label makes sense. Those that at one time identified as Christian because of their heritage, and those that have a home church they grew up in, maybe even married in but rarely attend, now feel comfortable freeing themselves from a label that was not true of them in the first place.

Almost-Christianity looks in the mainline like something from Nelson Rockefeller to Che Guevara at prayer. Almost Christianity, in the Bible Belt, looks like a God-and-Country civil religion that prizes cultural conservatism more than theological fidelity. Either way, a Christianity that reflects its culture, whether that culture is Smith College or NASCAR, only lasts as long as it is useful to its host. That’s because it’s, at root, idolatry, and people turn from their idols when they stop sending rain.

It is important to remember that the secular state Americans are building today is not values neutral. Secularism has its values, values  that can be seen in the arts, entertainment, education, leisure, celebrations, customs, and especially in government and laws.  And those that share these values will now find it easy to try to oppress true Christians.  Soon we will see battles over the nonprofit status of our churches and private schools who refuse to cow-tow to left-wing ideology.   It is as Christopher Dawson writes, “The totalitarian state — and perhaps the modern state in general — is not satisfied with passive obedience…”

The Book of Acts, like the Gospels before it, shows us that Christianity thrives when it is, as Kierkegaard put it, a sign of contradiction. Only a strange gospel can differentiate itself from the worlds we construct. But the strange, freakish, foolish old gospel is what God uses to save people and to resurrect churches (1 Cor. 1:20-22).

“The future of Christianity is bright. I don’t know that from surveys and polls, but from a word Someone spoke one day back at Caesarea Philippi. The gates of hell haven’t gotten any stronger, and the Light that drives out the darkness is enough to counter every rival gospel, even those gospels that describe themselves as “none.” Russell Moore, Is Christianity Dying?

Sources: The State of the Church in America by Ed Stetzer; Will Christianity be Driven Back into the Catacombs? By Devin Foley