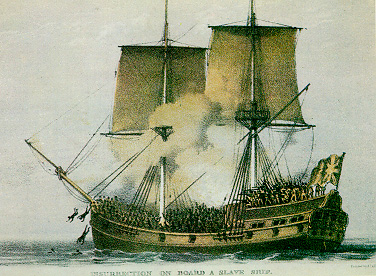 “The reason we hold truth in such respect is because we have so little opportunity to get familiar with it.”   Mark Twain

Something that you rarely hear or read about and is never taught in school is that two thousand years ago, slavery was pretty much universal:  the Aztecs, the Romans, the Greeks, the Persians, the Indians, the Chinese, the British,  and Africans practised it.

According to observers of the late 1500s and early 1600s, there were around 35,000 European Christian slaves held throughout this time on the Barbary Coast – many in Tripoli, Tunis, and various Moroccan towns, but most of all in Algiers.

Slavery in African cultures was generally more like indentured servitude, although in certain parts of sub-Saharan Africa, slaves were used for human sacrifices  in annual rituals, such as those rituals  practiced by the denizens of Dahomey.

The forms of slavery in Africa were closely related to kinship  structures.   In many African communities, where land could not be owned, enslavement of individuals was used as a means to increase the influence a person had and expand connections.  This made slaves a permanent part of a master’s lineage and the children of slaves could become closely connected with the larger family ties.   However, stigma often remained attached and there could be strict separations between slave members of a kinship group and those related to the master.

Slavery  in Africa has existed throughout the continent for many centuries, and continues today in Muslim nations.   Systems of servitude and slavery  were common in many parts of the continent, as they were in much of the ancient world.  In most African societies where slavery was prevalent, the enslaved people were also indentured servants.    When the Arab slave trade and Atlantic slave trade began, many local slave systems changed and began supplying captives for slave markets outside of Africa.

Several nations such as the Ashanti of  present-day Ghana and the Yoruba of present day Nigeria were involved in slave-trading.  Groups such as the Imbangala of Angola and the Nyamwezi of Tanzania  served as intermediaries or roving bands, waging war on African states to capture people for export as slaves.   Historians John Thornton and Linda Heywood of Boston University estimate that 90 percent of those shipped to the New World were enslaved by Africans and then sold to European traders.  Henry Louis Gates,  the Harvard Chair of African and African-American Studies,   stated that “without complex business partnerships between African elites and European traders and commercial agents, the slave trade to the New World would have been impossible, at least on the scale it occurred.

It is an interesting fact that there were free blacks that owned slaves in both the North and South before the civil war.   In rare instances when the ownership of slaves by free blacks in America  is even acknowledged in history books, justification always centers on the claim that black slave masters were simply those who purchased the freedom of a spouse or child from a white slaveholder.  But that is only marginally true.

In Black Masters. A Free Family of Color in the Old South, authors Michael P. Johnson and James L. Roak  write that  according to federal census reports, on June 1, 1860, there were nearly 4.5 million blacks in the U.S., with fewer than 4 million living in southern slaveholding states.  Of the blacks residing in the South, 261,988 were not slaves and of this number 10,689 lived in New Orleans

Ervin L. Jordan, Jr., an African-American assistant professor and associate curator of the Special Collections Department at the University of Virginia library wrote in Black Confederates and Afro-Yankees in Civil War Virginia that “One of the more curious aspects of the free black existence in Virginia was their ownership of slaves.  Black slave masters owned members of their own family and freed them in their wills.    Free Afro-Virginians were a nascent black middle class under siege, but several acquired property before and during the war.

In Free Black Owners of Slaves, R. Halliburton  writes that  free black people have owned slaves “in each of the thirteen original states and later in every state that countenanced slavery,” at least since Anthony Johnson and his wife Mary went to court in Virginia in 1654 to obtain the services of their indentured servant, a black man, John Castor, for life.   And for a time, free black people could even “own” the services of white indentured servants in Virginia as well. Free blacks owned slaves in Boston by 1724 and in Connecticut by 1783; by 1790, 48 black people in Maryland owned 143 slaves.  One particularly notorious black Maryland farmer named Nat Butler “regularly purchased and sold Negroes for the Southern trade.  It would be a serious mistake to automatically assume that free blacks owned their spouse or children only for benevolent purposes.   In other words, most black slave owners probably owned family members to protect them, but far too many turned to slavery to exploit the labor of other black people for profit.”

Before British slavers traveled to Africa’s western coast to buy black slaves,  they sold their own ‘surplus poor’ white working class from the streets and towns of Great Britain.   Tens of thousands of these white slaves were kidnapped children.  Foster R. Dulles writing in Labor in America: A History, states that whether convicts, or children ‘spirited’ from the countryside or political prisoners, White slaves “experienced discomforts and sufferings on their voyage across the Atlantic that paralleled the cruel hardships undergone by negro slaves on the notorious Middle Passage.”   Whites were “indiscriminately herded aboard . . .as many as 300 passengers on little vessels of not more than 200 tons burdened, overcrowded, unsanitary. . .The mortality rate was sometimes as high as 50% and young children seldom survived the horrors of a voyage which might last anywhere from 7 to 12 weeks.”

Historian Oscar Hardlin writes that in America, white “servants could be bartered for a profit, sold to the highest bidder for the unpaid debts of their masters, and otherwise transferred like movable goods or chattels. . .In every civic, social and legal attribute, these victims of the turbulent displacements of the 16th and 17th centuries were set apart.   Despised by every other order, without apparent means of rising to a more favored place, these men and their children, and their children’s children seemed mired in a hard, degraded life. . .”

Slavery was and is still an atrocity common to all races and all nationalities.   As a nation, we stand to lose a great deal if we  continue to tolerate the growing scourge of historical illiteracy and liberal revisionism.   History not only edifies but  also adds the  necessary depth and perspective to our understanding.  Far too many of our history books are weighted with politically correct nonsense.

Professor Robert C. Davis in Christian Slaves, Muslim Masters writes that “American historians have studied every aspect of enslavement of Africans by Whites but have largely ignored enslavement of Whites by Northern Africans.  White slaves with non-white masters simply do not fit the master narrative of European imperialism.  The victimization schemes so dear to academics requires white wickedness, not white suffering.”

1 comment for “Slavery: Common To All Races and Nationalities”