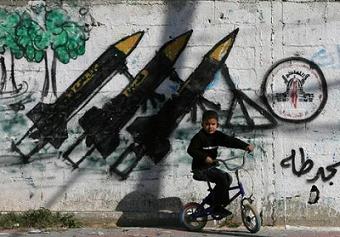 In circa 539 B.C., while in a drunken stupor, King Belshazzar, grandson of Nebuchadnezzar, ordered the golden and silver vessels taken from the Holy Temple in Jerusalem to be brought to him so that he and his drunken friends could use them in their worship of false gods.  And people say God doesn’t have a sense of humor!

In that very hour, in the midst of this drunken falderal, appeared a finger writing ME’NE, ME’NE, TE-KEL, PHARSIN on the wall. No longer feeling 10 foot tall and bullet proof, the king wet his pants. God let King Belshazzar know in no uncertain terms that his kingdom was numbered and finished; he had been weighed in the balances and found wanting; and his kingdom would be divided between the Medes and Persians. (Daniel 5)

History has shown that Western ambiguity and the refusal to identify enemies, whether due to ignorance, gullibility, oversimplification, appeasement, delusion or wishful thinking, have taken root, yielding major strategic setbacks and painful economic and human losses. When it comes to reading the writing on the wall, Western eyesight has been far from 20-20.

During the 1930s, Germany abrogated the Treaty of Versailles that required them to disarm, make reparations and territorial concessions. Instead, Germany’s military spending skyrocketed, conscription was reintroduced, the Rhineland was remilitarized, they withdrew from the League of Nations and annexed Austria. It wasn’t like Hitler attempted to hide his master plan – he actually outlined in 1925/26 for the world to see when he published his two volume supremacist, anti-Jewish “Mein Kampf,” which by the way is a current best seller in the Muslim world, particularly in Iran and the West Bank.

During 1977-79, President Jimmy Carter, overwhelmed by denial and wishful thinking, while heavily influenced by the US foreign policy establishment, supported the Ayatollah Ruhollah Khomeini’s battle against the Shah of Iran who had in fact been the U.S.’s policeman in the Persian Gulf. Carter’s betrayal of the Shah eliminated a loyal strategic partner and gave rise to the most lethal threat to vital interests in the Persian Gulf, the Middle East and beyond and generated a robust tailwind to Islamic terrorism.

In 1990, on the eve of Saddam Hussein’s invasion of Kuwait, the U.S. stated that an Iraq-Kuwait military clash would be an intra-Arab, rather than a U.S. concern. President Bush supplied Saddam with dual-use sensitive systems, $5 billion loan guarantees and a U.S./Iraq intelligence sharing agreement that eventually cost U.S. taxpayers $1.25 trillion, 4,500 military deaths, a surge in anti-US Islamic terrorism and a dramatic destabilization of the Persian Gulf.

Since the 1993 Oslo Accord, the Western world basically turned their back on Israel while supporting the PLO and Hamas in their attacks on the only democracy and US ally in that region.

In 2011, Obama welcomed the violence on the Arab street, and embraced the Muslim Brotherhood refusing to admit their well documented intra-Arab terrorism, the offshoot of its motto: “Allah is our objective; the Quran is the constitution; the prophet is our leader; jihad is our way, death for the sake of Allah is our wish.”  Obama’s refusal to see the Iranian writing on the wall brought American closer to a nuclear conflict, a conflict that could cost the U.S. dearly in lives and money as well as spark a tidal wave of Islamic terrorism throughout the world, decimating the pro-US Arab regimes in the Persian Gulf and Jordan and further radicalization of the anti-US regime in Venezuela with ripple effects in Latin America, including Mexico and tectonic eruptions of insanity throughout the globe.

It is time for Western civilizations to read the writing on the wall, to desist from ambiguity, denial and political correctness and embrace clarity, realism and political incorrectness, in order to survive the clear and lethal threat of Islamic terrorism. Solidarity demonstrations and eloquent speeches will not spare Western nations the wrath of Islamic terrorism and domination, unless accompanied by clarity, realism and the willingness to take military, legislative and political action.

Judeo-Christian culture is being deliberately undermined and systematically destroyed. In our brave new world of secular thinking, where anything  goes, belief in the God of the Bible, the practice of the Christian religion and the promotion of Christian values have become the objects of ridicule and scorn! Today, practices that once prevailed in the ancient pagan, pre-Christian world—abortion, infanticide, euthanasia, occultism and the worship of nature—have re-emerged to challenge and displace beliefs and values that once defined our Western nations! In 1988, noted theologian Carl F. H. Henry wrote a book entitled The Twilight of a Great Civilization in which he warned of America’s drift toward neo-paganism.  “The Barbarians are coming and they threaten to undermine the foundations of Western civilization” by promoting a “humanistic rejection of God and the Judeo-Christian foundation of Western culture… the new barbarianism has embraced a new pagan mentality… it proclaims that there is no fixed truth, no final good, no ultimate meaning and purpose, and that the living God is a primitive illusion… the results of which are moral and intellectual decay paralleled only by Pompeii and Sodom.

← Is Mass Murder a Fault or a Feature of Gun-Control?
Socialism Means Different Things to Different Democrats →