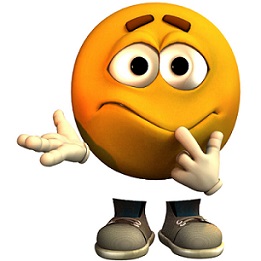 Instead of accepting the notion that society is falling far short of the biblical standard, society has decided to just change the standard – that way no one is at fault.

Regardless of what the left preaches, any society without God’s sacred moral code to govern the actions of individuals cannot stand. It was the breakdown of family and moral decency that led to the downfall of many ancient civilizations and is currently striving to eradicate America.

Like the Founding Fathers, Tocqueville, in Democracy in America, acknowledged that religion and morality were indispensable to the American republic. He wrote that while the constitutional law of liberty allowed Americans freedom to do as they please, religion prevented them from doing that which is immoral and unjust. In short, Tocqueville surmised, liberty could not be governed apart from religious faith, lest there be anarchy.

Americans have departed from the ideals of our forefathers. We reason that religion and morality are nice, but certainly not necessary for the overall well-being of the nation. We have been led to falsely assume that private morality and public duty are separate issues. But it wasn’t always that way.

Angelo M. Codevilla, a senior fellow at the Claremont Institute writes in The Character of Nations, that 18th century Americans tended to equate themselves with the children of Israel and certainly likened America to a “New Israel;” God’s promised land to the oppressed, an example to all humankind.

Even Benjamin Franklin described the independent colony on America’s shores, according to Milt Machlin, author of Joshua’s Altar, as ‘God’s new Israel.’ proposing that “the Great Seal of the United States should depict Moses with his rod uplifted and the Egyptian armies drowning in the sea.”  Thomas Jefferson recommended a similar design patterned after the Exodus.

At Mount Sinai God promised Israel that if they would obey His voice and keep His commandments, that He would give them prosperity and power to dominate the world “above all nations.”  Exodus 19:5-6

The nation of Israel was blessed when they obeyed God during the days of King David and his son Solomon.  But the people spurned God’s law and as a result, their society collapsed. The Assyrian Empire carried away the Northern 10 Tribes around 200 years before the Babylonian empire took Judah and Benjamin into captivity.

Yet God promised that He would restore the Israelis to greatness. Those 10 northern tribes who crossed the Caucuses Mountains and settled Europe, later traveling to the Americas, learned from experience that obedience to God’s law was a prerequisite of national greatness. Unfortunately, their children forgot.

You can see the sins of ancient Israel in America today.  Through the prophet Isaiah (3:9) we learn that the morality of the people deteriorated to the point where they were actually “proud” of their sins.  They “declare their sin as Sodom, they hide it not.”

The prophet Hosea wrote that there was no truth, nor mercy, nor knowledge of God in their land. Israel was full of “swearing and lying, and killing, and stealing, and committing adultery.”  Violence filled the nation until “blood toucheth blood.”  Hosea 4:1-3

As Alexis de Tocqueville prophesied, any free society founded on liberty, yet without a sacred moral code to govern can only end in anarchy. Because we, as a nation, have forsaken the ideals of our Founding Fathers; because we have forsaken our God, that is where we are headed.

The grand American experiment has failed.