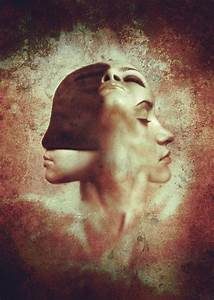 Like anything Christian, biblical rooted morality has been updated to appease the secular world. Nothing short of 100% compliance for gender fluidity, homosexuality, pedophilia, multiculturalism, ad nauseam will be tolerated. There are no absolutes so any excess, any indulgence, any delusion is praise worthy.

The New American Morality says that all men are rapists and potential rapists, and should be feared and contained unless, of course, that man is delusional and believes he is a woman. We all must play along. We should allow this man into women’s bathrooms, and anyone who is uncomfortable with this is a bigot and bigotry is immoral. Toddlers are now allowed to choose their gender even if they don’t understand what gender means. It is now immoral to encourage your child to conform to sexual stereotypes.

For a man to prey on a woman is clearly Immoral. For a married man to refuse to be alone with a woman whether to avoid temptation or the appearance of evil is also Immoral because it could potentially hold back the career of women who must meet him alone. Yet when a woman acts sexually in exchange for receiving professional advancement, this is also Immoral for the man, yet moral for the woman.  In the much-celebrated words of Oprah Winfrey at the Golden Globes, she did this because she “had children to feed and bills to pay and dreams to pursue.” Moral.

Fornication and out-of-wedlock birth – Moral and woe to anyone who would try to stop it. Pornography, so ubiquitous that it is readily, regularly viewed even by children – Moral. Same-sex marriage – Moral. Yet in a Heterosexual marriage, if the man is head of the family, he is oppressive – Immoral.  Efforts to protect the lives of the unborn – Immoral. Exposing clinics and doctors who sell aborted fetal body parts – Immoral. Murdering an innocent unborn baby for convenience – Moral.

Don’t expect consistency in the New Morality. Just try to keep up—and be sure to comply.

New generations growing up under the New American Morality are learning it well. They are scrupulously measuring society by it – tolerating and even encouraging others for beliefs and acts that would have been considered immoral in less enlightened times—and diligently using their exacting Moral measure to condemn those who fall afoul of the new rules.

They are excellent at pointing out the sins of our founding patriots who didn’t have to live under the intolerance of the new morality while ignoring the sins of their left-wing demi-gods who use this new morality to demonstrate how they are the moral superiors of everyone who came before them. What could people like Thomas Jefferson possibly teach us? What could we gain from studying a racist like Abraham Lincoln? There is no gratitude for what those people built, and from which they benefit. They feel only self-righteous indignation and disdain.

The New Moralists have largely come to hate the country that gave them all their freedoms and prosperity, for all its Immorality—its intolerance, bigotry, slavery, systemic racism, cultural appropriation, capitalist greed, exploitation, class oppression, sexism, misogyny, homophobia, transphobia, imperialism, war crimes, and the list goes on. Living in the most prosperous, free, inclusive nation in human history, the New American Moralists view it as possibly the most exploitative, racist, oppressive, Immoral nation in history. They have ordained themselves as judge, jury and executioner.

With all its inconsistencies, this new morality cannot be viewed as a comprehensive, consistent moral code. In practice it operates more as a weapon aimed at one thing – to destroy what is left of biblical morality in America. Working to establish their own righteousness and failing to submit themselves to the righteousness of God, the more zealous and unhinged they become and the more society will suffer under their influence.

“True morality from a secular perspective simply cannot exist—it is arbitrary and meaningless. Non-Christians have no choice but to borrow from a biblical worldview to make sense of morality—whether they realize it or not. In a way, I feel sorrow for those who have been secularized to believe morality is arbitrary; they don’t know what they are missing when they fail to understand the truth.” Bodie Hodge

← Did Shelter in Place Save Lives or Cost Them?
This Isn’t a Public Health Problem →