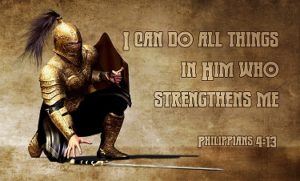 The Judeo-Christian worldview is both informed  by and fully acknowledges absolute truth as revealed in the Bible.   We hold that both individuals and nations are accountable to a sovereign Creator and it is within the framework of this worldview that our great nation was formed.  The historical record is undeniable.  Our unique Constitutional Republic can operate harmoniously within the context of the Judeo-Christian tradition alone.  We hold to the truth that our rights are endowed by God rather than government.

The Humanist perspective in which the left views the world ignores that, as history proves, when man is the measure of all things, all things can, and usually do go wrong.   Example: the hundreds of millions murdered under the humanist regimes of Hitler, Stalin, Maeo, et al.

When man is the measure of all things, all things are necessarily relative.  Relativism measures our deeds on a scale unbalanced, with no fixed lines of demarcation between right and wrong.  It presumes that the only thing immoral is to presume that there are things immoral.  Dr. R.C. Sproul once observed that “Humanism was not invented by man, but by a snake who suggested that the quest for autonomy might be a good idea.”  That snake’s eggs have hatched, leaving us to contend with a nest of humanist vipers.

There is no way to mix the Judeo-Christian and Humanist worldviews – they are separate entities that cannot be synthesized.  Schaeffer wrote in “The Christian Manifesto” that it is not too strong to say we are at war and there are no neutral parties in the struggle.  One either confesses that God is the final authority, or one confesses that Caesar is Lord.”   In the end Christ will crush underfoot the heads of the Humanist snake and his viperous brood but until such time, Christians must faithfully join the struggle and no matter how rough the waters become, fight for the destruction of evil.

Our Founding Fathers had the divinely-inspired foresight to construct a constitutional levee against the humanist hurricane.  Regrettably, in recent decades, that levee has given way, resulting in a devastating secularist flood. Amid the debris are the dismembered bodies of 60 plus million unborn babies; the tattered institutions of natural marriage and family; and respect for sexual purity, virtue, and morality.  Also drowning beneath humanism’s neo-Marxist undercurrents are individual liberties, American sovereignty, fiscal solvency, and national security.  Each of these indispensable items, within both public policy and culture at large, are barely clinging to life.

We are at war, and it is a war of good vs. evil, right vs. wrong. Our struggles are complicated by the reality that many of our politicians,  including the ruling elite and the larger progressive establishment, embrace the humanist philosophy.

America is struggling to keep her head above water but there is hope.  We can once again gain solid footing – but to do so, we must first save ourselves.

“For we wrestle not  against flesh and blood, but against principalities, against powers, against the rulers of the darkness of this world, against spiritual wickedness in high places.   Wherefore take unto you the whole armour of God, that ye may be able to withstand in the evil day, and having done all, to stand.  Stand therefore, having your loins girt about with truth, and having on the breastplate of righteousness, And your feet shod with the preparation of the gospel of peace.  Above all, taking the shield of faith, wherewith ye shall be able to quench all the fiery darts of the wicked”.   Ephesians 6: 12-16