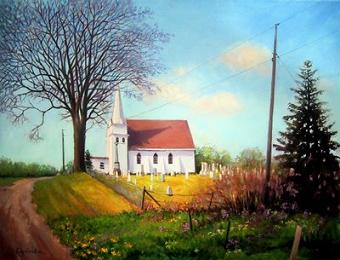 “Christians must vote for honest men and take consistent ground in politics.  God cannot sustain this free and blessed country, which we love and pray for, unless the Church will take right ground.  Politics are a part of religion in such a country as this, and Christians (and citizens) must do their duty to the country as part of their duty to God.  It seems sometimes as if the foundations of the nation are becoming rotten, and Christians seem to act as if they think God does not see what they do in politics.”  Charles Finney

Contrary to popular belief, when it comes to influencing the culture and politics of the nation, the majority of the modern Church is not comatose – it is dead – Pastors are dead – Denominations are dead – Christian schools and universities are dead.

Think about it:  159 million professing Christians, 90 million churchgoers, and 300,000 churches cannot effectively influence even the smallest change of direction in America’s society, culture, and political philosophy.  America is in a societal, economic, and political tailspin – and the Church sits irrelevant, impotent and insignificant.

In America, unlike many nations around the world, citizens (including Christians) are able to lobby, redress government, protest, rally, organize opposition, speak, vote, form PACs, march, petition, etc.  Christians are free to influence their societies and governments as are any other group in the U.S.

Name another group in this country that can boast 75% of the population who identify with Christianity in name or 43% of the population who regularly attend Church.  What would our country look like if the ACLU, the homosexual lobby, or labor unions could boast these kind of numbers?  By comparison these groups comprise a miniscule percentage of the population yet their influence is exponentially greater.  What happened?

There seems to be virtually no abridgment of liberty, no national scandal, or threat against our constitutional form of government egregious enough to warrant an outcry from America’s pulpit.

Our churches are not longer the “pillar and ground of the truth,” (1 Tim 3:15) they are centers of social interaction, recreation, and feel-good indoctrination.  Preachers are no longer reprovers, rebukers and exhorters, (11 Tim. 4:2) they are ear-ticklers, entertainers, and expositors of irrelevance.

The time is soon coming in this country when it is going to “rain on the just and on the unjust.” (Matt. 5:45)  When persecution and tribulation comes to America  Christians will not be exempt.

Chuck Baldwin,  a radio broadcaster, syndicated columnist, and pastor dedicated to preserving the historic principles upon which America was founded.   You can read the balances of his article at this link.

← Politically Correct Lies – the Big Bang Theory, Evolution, and There is NO God
Was the Coronavirus Created to Destroy the U.S. Economy & Create a New Nation State? Welcome to the USSA →