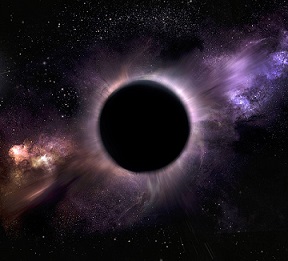 Atheist Awakening, a book by researchers Richard Cimino and Christopher Smith, claims to be the “first sociological exploration of organized secularism in America. According to Cimino, the title isn’t so much about an increase in the number of atheists as it is about atheists becoming more public about being atheists.

As a group, American atheists aren’t exactly impressive. According to a 2012 Pew report, they make up only around 2.4% of the population, perhaps more than the homosexual community but less than agnostics ‘atheistic-ish’ community. But atheist pale in comparison to the “nothing in particular” group, the shruggers who make up roughly 13.9% of the population, a group that seems somewhat confused about their faith or lack thereof, but still have the good sense not to classified themselves as atheist.

Atheist claim there is no God yet are unable to offer any viable proof that He doesn’t exist. Of course, that isn’t to say that they haven’t attempted to offer proof but their attempts are invariably insufficient. After all, how do you prove positively that there is no God in the universe? How do you prove that in all places and at all times there has never been a God?  You can’t. So atheist must accept their belief that God does not exist on faith!

Faith, however, is not something atheists like to claim as the basis of adhering to atheism so they must attack and negate any evidence presented for the existence of God in order to give intellectual credence to their position. If they can create an evidential vacuum in which no theistic argument can survive, their position can be seen as more intellectually viable. It is in the negation of theistic proofs and evidences that atheism brings its self-justification to self-proclaimed life.

Atheism is only intellectually defensible in the abstract realm of simple possibility. In other words, in an abstract realm, it may be possible that there is no God. But, stating that something is possible doesn’t make it a reality. If I said it is possible that there is an ice cream factory on Jupiter, does that make it intellectually defensible or a position worth adopting merely because it is a possibility? No! Simply claiming a possibility based on nothing more than it being a possible option, no matter how remote, is not sufficient grounds to claim viability.   There must be more than “it is possible,” or “there is no evidence,” otherwise there really must be an ice cream factory on Jupiter.

It boils down to the fact that  refuting evidences for the existence of God does not prove atheism is true anymore than refuting an eyewitness testimony of a marriage denies the reality of the marriage. Since atheism cannot be proven, and since disproving evidences of God does not prove there is no God, atheists have a position that is intellectually indefensible. At best, they can only say there are no convincing evidences for God that have been presented so far, because they cannot know all evidences that possibly exist in the world.

They can only claim that evidence presented to date for the existence of God is insufficient for them to believe.  Which presents a problem because there could be evidence presented in the future that will suffice, that will make atheism invalid.  And since that is something that no atheist would openly admit to, they are forced to constantly attack Christianity that proclaims the existence of God.  Atheist much prefer the universe with only one god in it – themselves.

God wants to be known. He created us with the intention that we would know Him, He has surrounded us with evidence of Himself and He keeps the question of His existence squarely before us.  Malcolm Muggeridge, socialist and philosophical author, wrote, “I had a notion that somehow, besides questing, I was being pursued.” C.S. Lewis said he remembered, “…night after night, feeling whenever my mind lifted even for a second from my work, the steady, unrelenting approach of Him whom I so earnestly desired not to meet. I gave in, and admitted that God was God, and knelt and prayed: perhaps, that night, the most dejected and reluctant convert in all of England.”  He went on to write a book titled, “Surprised by Joy” as a result of knowing God.

God does not force us to believe in Him, though He could. Instead, He has provided sufficient proof of His existence for us to willingly respond –  The earth’s perfect distance from the sun, the unique chemical properties of water, the human brain, DNA, the number of people who attest to knowing God, the gnawing in our hearts and minds to determine if God is there, the willingness for God to be known through Jesus Christ.

But, it is your decision to believe, to accept, or deny God.  Jesus said, “Behold, I stand at the door  and knock. He who hears my voice and opens the door, I will come into him.