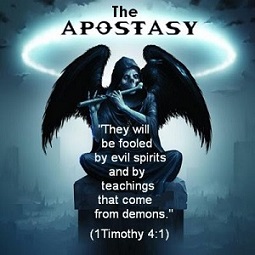 It is hard to even pretend to be shocked by the garbage the left puts out in an attempt to justify perversion.  It is, however, hard to not take offense.

In 2011 Michael Ruse, in an article for the Guardian, claimed that recently discovered lead codices showed Christ was unambiguously and openly gay and that with his disciples formed a same-sex coterie, bound by feelings of love and mutual support. There are recorded instances of same-sex activity – the “beloved disciple” plays a significant role – and there is affirmation of the joys of friendship and of living and loving together.  He also writes that a newly discovered Pauline epistle, appropriately to the Athenians, proved that the classically educated Paul, who was himself gay, saw that same-sex activity was inimical to the success of Christianity in the highly homophobic societies in which he lived. Hence, same-sex affections and activity were concealed, to be known to and practiced by only the leaders in secret.

Suzanne DeWitt Hall, wrote an article for the left-wing Huffington Post in 2016 framed around the issue of transgender bathroom access, complaining about Christians who view gender as a biological fact, not a mental construct. Her article Jesus: The First Transgender Man, is based on absolute horse manure theology, twisting the Bible to make room for her own perverted sense of self.

According to Hall, Christians must not think of creation in black and white terms because creation is so full of color and variation that it’s “incomprehensive how we [yes, she includes herself in this category] Christians struggle to pare Him down to the limited palette of our individual expectations.”   Christians, according to Hall, who claim to take the Bible literally don’t, choosing instead to impose their own filters on stories and phrases to fit their particular ideology. If they really took the Bible literally, Hall claims “they would quickly see that Jesus must be, by their own exegetical rules, the first transgender male.”

She claims that the Bible and Christianity have taught from ancient days that Jesus received his fleshly self from Mary and that he is the new Adam, born of the new Eve, “the first example of human cloning.” If Christians would take the Genesis account in its literal meaning then Eve is also the first case of a transgender woman. “God reached into Adam, pulled out a bit of rib one and grew Eve from that XY DNA;” creating her “genetically male, and yet transformed into woman.“ Gagging yet?

She continues her distorted reasoning that when the Holy Spirit came upon the second Eve (Mary) and the child takes flesh from her and is born of her flesh, born with XX chromosome pairing, Jesus is born genetically female and transformed into man.

See what I mean? Horse manure theology. Utter nonsense! Talk about reading your own beliefs into the text.

Hall, a lesbian, who claims to have written her article at the prompting of the Holy Spirit, pens ‘gay themed picture books’ for children. In previous lives she “was” a high-tech journalist and internet marketing business owner.  I guess I must have missed that book in the bible that talks about former lives.

There is a very dark side to LGBT theology, a side that goes far beyond seeking to legitimize same-sex relationships in the name of God. It is a side that seriously perverts the Scriptures and creates a Jesus in its own image. Queer theology isn’t about pondering whether or not LGBT people can fit in with Christian communities, it’s about actively creating a new theology, one in which the Bible is interpreted through the lens of queer, trans, and gay/lesbian experience.

The left-wing Huffington Post seems bent on pushing Queer theology.  One published article suggested that Jesus should be portrayed as a gay icon to support the homosexual movement and another portrayed a series of art pieces depicting “gay Jesus.”  An article by Kittredge Cherry, a “Lesbian Christian” writer, claims that no one is certain whether or not Jesus was gay or felt female inside.

Queer Christ images are in vogue, appearing at art galleries, on stage, in churches, and across the World Wide Web but, perhaps the single most blasphemous queer Christian image is still “The Crucifixion of the Christ” known informally as the “faggot crucifixion,” by Becki Jayne Harrelson, painted in 1993. The sign on the cross above the head of Christ which according to the bible reads “king of the Jews,” has been replaced in Harrelson’s painting with a sign that screams “faggot.”

The true  “bible” of the homosexual movement, The Overhauling of Straight America  by Marshall K. Kirk and Erastes Pill, first appeared in Guide Magazine, a homosexual publication, in November 1987. Their article outlined  strategies and techniques for a successful widespread propaganda campaign to confuse and deceive the American people and demonize opponents. Like all propaganda, their methods are based not on solid intellectual arguments, but instead upon emotional manipulation of the public in an attempt to gain widespread sympathy and approval for homosexual behavior.

Kirk and Pill suggest that when conservative churches condemns gays, there are only two things that will “confound the homophobia” of true believers. First, “use talk to muddy the moral waters by publicizing support for gays by more moderate churches, raising theological objections about conservative interpretations of biblical teachings,”  and “expose real or imagined hatred and inconsistency” in Christian teachings.  Second, “undermine the moral authority of homophobic churches by portraying them as antiquated backwaters, badly out of step with the times and with the latest findings of psychology.  Against the mighty pull of institutional Religion one must set the mightier draw of Science & Public Opinion (the shield and sword of that accursed “secular humanism”). Such an unholy alliance has worked well against churches before, on such topics as divorce and abortion. With enough open talk about the prevalence and acceptability of homosexuality, that alliance can work again here.”

“The enemies of Christianity have realized that the kingdom of God could not exist without the seed of the kingdom. Therefore, they have concentrated their efforts against Christianity in the direction of destroying the Scriptures. Man cannot destroy the Bible. We might as well put our shoulder to the burning wheel of the sun, and try to stop it on its flaming course, as attempt to stop the circulation of the Bible.” Cecil Willis, Truth Magazine

← Corporate Greed
A Fistful of Words by Some Dead White People →