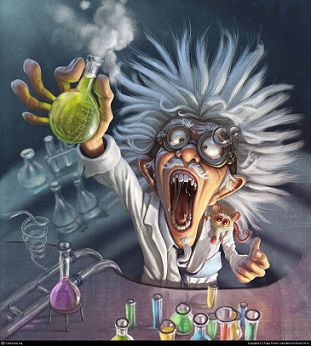 The National Institute of Allergy and Infectious Diseases (NIAID) has launched efforts to create a DNA-based vaccine that would protect people from most flu strains  with a single shot, according to their 2018 press release.

Anyone who understands the science behind a DNA vaccine should be worried.   It is genetic roulette with a loaded gun. Anytime genes are edited, deleted, or added, no matter what the pros say, there will always be unintended consequences.  The ripple effect will scramble the genetic structure in numerous unknown ways, forever altering your DNA.

The DNA vaccine is a form of gene therapy where scientists isolate the genes that produce powerful antibodies against certain diseases and then synthesize artificial versions which are then placed into the virus and injected into human tissue or muscle, according to Michael Farzan, an immunologist at Scripps.  “The virus invades human cells with their DNA payloads and the synthetic gene is incorporated into the recipient’s own DNA.  If all goes well, the new genes instruct the cells to begin manufacturing powerful antibodies.”  Farzan also noted that trials for the “immunoprophylax by gene transfer “ (IGT) has been underway for three years.

Did you get that – “The synthetic gene is incorporated into the recipient’s own DNA.”   And once a person’s DNA is changed, he will live with that change—and all the ripple effects in his genetic makeup—for the rest of his life.

Implications are clear – vaccines could be and probably will be used in the future as a cover for the introduction of synthetic genes whose actual purpose is the re-engineering of the human race through some great experiment. The emergence of this Frankenstein technology is paralleled by the shrill push to mandate vaccines, across the board for both children and adults, and the future laws that would enforce that mandate.

Prominent medical doctors and professors at leading universities are publishing articles in academic journals and are being quoted in media reports attacking the intelligence, emotional and psychological stability, and moral values of anyone who dares to question vaccine safety or vaccine laws. Already a tidal wave of new bills has flooded state legislatures threatening to either limit or completely eradicate vaccine exemptions.  Clearly, health freedom and informed consent is undergoing a full frontal assault.

An article in the New York Times in March of 2015, “Protection Without a Vaccine,” describes the future of genetic vaccine research to “protect” against disease, like it is a good thing.  According to a quote in the article by Dr. David Baltimore, the Robert Andrews Millikan Professor of Biology at Cal Tech Division of Biology and Biological Engineering, he “envisions that some people might be leery of a vaccination strategy that means altering their own DNA, even if it prevents a potentially fatal disease.

Might be?  I’d say anyone not leery of a vaccination strategy that alters their own DNA, is missing more than a few brain cells.

Consider a quote from from Princeton molecular biologist, Lee Silver, the author of Remaking Eden to understand how geneticists think about an engineered future.  “The GenRich–who account for ten percent of the American population–[will] all carry synthetic genes. All aspects of the economy, the media, the entertainment industry, and the knowledge industry are controlled by members of the GenRich class…Naturals [unaltered humans] work as low-paid service providers or as laborers. [Eventually] the GenRich class and the Natural class will become entirely separate species with no ability to crossbreed, and with as much romantic interest in each other as a current human would have for a chimpanzee…”

Or Gregory Stock, former director of the program in Medicine, Technology, and Society at the UCLA School of Medicine:  “Even if half the world’s species were lost [during genetic experiments], enormous diversity would still remain. When those in the distant future look back on this period of history, they will likely see it not as the era when the natural environment was impoverished, but as the age when a plethora of new forms—some biological, some technological, some a combination of the two—burst onto the scene. We best serve ourselves, as well as future generations, by focusing on the short-term consequences of our actions rather than our vague notions about the needs of the distant future.”

“A constitutional democracy recognizes that the ultimate source of government authority is consent of the governed and that the natural rights of minorities are protected.   A constitutional democracy highly values the dignity and life of each individual. This core moral value is affirmed by laws that protect privacy, and freedom of thought, conscience and expression, and allow unsanctioned association between individuals without government coercion, which is the legal foundation for a civil and open society built on respect, tolerance and inclusion.  Zero Tolerance Vaccine Laws Lead to Tyranny!”  Barbara Fisher