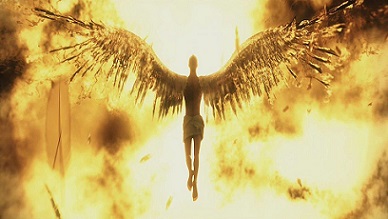 If you have ever wondered why our children go to college and emerge with less common sense and even less education, look no further than the professors that mold their minds.

One such professor, Yuval Noah Harari, born in Israel to a secular Lebanese Jewish family, received his PhD from Oxford. Currently working as a history professor at the Hebrew University of Jerusalem, Harari describes himself as a gay Vegan who practices Vipassana, which in Buddhist tradition means ‘insight into the true nature of reality,’ a practice which is reflected in his books and history classes.

In Sapiens: A Brief History of Humankind, published in 2011, Harari claims that prehistoric Sapiens caused the extinction of other human species such as the Neanderthals and the only reason we rose to prominence over other species is because we could cooperate with each other and of course, this cooperation only existed  because of our unique capacity to believe in things existing only in our imagination –  things such as gods, nations, money and human rights.  All large-scale human cooperation systems existing today, such as religions, political structures, trade networks and legal institutions, owe their emergence to our distinctive cognitive capacity for fiction.

His second book published in 2016, Homo Deus: A Brief History of Tomorrow, is Harari’s Vipassana inspired vision for man’s future, a mystical embrace of ancient gnostic and Marxist heresy. In Harari’s imagination, by 2050, war is obsolete, famine has disappeared, and death has become a technical problem. Liberalism is dead because it was too successful(?). Equality is out, immortality is in.  Nothing remains for mankind but to change humanity itself in a quest for immortality, everlasting bliss and divinity.

To that end Harari sees developing technologies, including artificial intelligence and genetic engineering, paving the way for mankind to become Homo Deus aka man gods. Humanism will give way to dataism, the belief that value is measured by its contribution to information transfer, where humans play an insignificant role in world affairs because machines can rule without consciousness. We will be able to overcome old age and death but in the end will make ourselves irrelevant and redundant.

Once you have the knowledge, according to Harari, you basically lack humanity at which point you also reach a situation in which external systems, external algorithms, artificial intelligence etc.  will understand us better than we understand ourselves, and out-perform us in almost any task and skill.

In his personal life, Harari believes that if you have the choice to choose between listening to the Bible or listening to your feelings, you should pick the feelings because the Bible is merely opinions of a few priests in ancient Jerusalem. Feeling are the accumulation of wisdom of millions of years of evolution.  Religious fantasies which for thousands of years taught the only way to overcome  death was through their God is now passé.

No longer will man be made in the image of God, endowed with intelligence and free will, humanity will be crafted into a shadowy world of images where God no longer exists.

If you really understand the theory of evolution, according to Harari, you understand that there is no soul because souls cannot evolve. Souls, he claims are a figment of an overexcited imagination. There is no final destination to punish evil and reward good – in our future morality and religion are irrelevant.

In this new machine controlled utopia, the sacred word freedom, like the soul, only exists in the imaginary stories we have invented. Without freedom moral law no longer applies. Everything is deterministic or random. Human impulses can be manipulated and controlled by drugs, genetic engineering or stimulation directly to the brain to produce euphoria.

The worst thing is that he is not alone in believing in this future. The handwriting, or perhaps the algorithm, is on the wall. This future is all around you, in the devices you carry, the algorithms that rule the networks and the bio-technology and artificial intelligence that are slowly taking over. You must adapt, he says, lest you be left behind. If not, you will be treated as humans now treat animals.

Whereas Christendom relied upon God for help in making life’s decision, liberalism relied upon individual human choices to find fulfillment, Homo Deus will depend upon the algorithms that surround you and know you better than you know yourself. That is why there is such an intense gathering of data by Google and other firms about your every move. In the coming scheme of things, the best possible decisions for you will be based on this data. Have to make a decision, just ask Google!

This future that Harari and other left-wing secularists envision is terrifying. For those of little or no faith, it is totally depressing. No wonder our kids are in a stupor.

If Harari’s vision of our future is realistic, by the time they reach middle age our kids and their offspring will be totally obsolete. Talk about inspiring our children – wow, I don’t even want to get out of bed.

Sources:  The History of a Tomorrow Without God by John Horvat II; and Harari on Homo Deus, Immortality, Dataism, and Health, The Infinite Market,