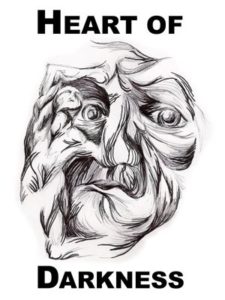 Try this thought experiment.  Pretend you’re a tyrant.  Among your many liberty-destroying objectives are extermination of Blacks, Jews, and Catholics.  Which would you prefer?  A United States with political power centralized in D.C.,  powerful government agencies with detailed information on all Americans and 50 compliant states or, power widely dispersed over the same 50 states, thousands of local jurisdictions, and a limited federal government?  Walter Williams

Marxism is not a political philosophy to help the poor at the expense of the  rich, nor is it a design for a  Utopian future.  Marxism is simply a Heart of Darkness, a Siamese twin of  Nazism, a curse on all humanity committed to three themes of hatred, misery, and lies. It is neither a science nor a system of belief.  Marxism  is a rationale for seizing  power and terrorizing all those who are not its cadres.

Socialism is the core  guiding philosophy behind Marxism/Communism and Fascism, which are two flavors of the same tyrannical system of government.  There is not a dimes worth of difference between them.

Marxism holds that the progress of humanity toward its predicted goal of tyranny is accelerated by human conflict, by fostering antagonism between races and classes of people.  In other words – to divide and conquer.   Within the Marxist camp, left and right are measured by the degree of departure  from or conformity to this need for violence as the precondition for an eventual warless society.

In a Marxist society there is no individual; all rights must be surrendered in favor of the masses.  In man’s relationship  with others, Marxism holds that only absolute equality is legitimate and rejects all civil and ecclesiastical authority as grounded on the will of God, and denies the innate authority of parents over their children.   No individual can be granted any right over material goods or the means of production because private property is the universal source of further wealth and personal possession gives one man power over another.  To Marxist, private property is the origin of economic enslavement.

The Marxist system denies any sacred or spiritual character to human life beyond the merely economic which explains why it claims that claims that marriage and the family are civil – artificial institutions.  There are no moral bonds of marriage – there are only privileges as the collective sees fit to grant persons to mate and procreate, for the sake of the collective and subject to its conditions.  Marriage , i.e. family has no inherent rights.  Any link that binds women to the family and home must be eliminated.  Women’s emancipation is proclaimed as a cardinal principle to usher in a classless society. Liberated from home, women must be thrust into public life and collective production under the same conditions as men.

Abolition of the rights to inherit,  of personal wealth, centralization of credit in the hands of the state, equal liability of all to labor for the state, the establishment of industrial armies, especially for agriculture are the end game.   According to Marxist predictions, this tyrannical enslavement to the state is necessary radical surgery that must come about in order to give birth to a Utopian society.

Cultures are vast mosaics of human aspirations, loves, needs and fears played out within the context of their time, their geography, their natural wealth, and the vision of their most brilliant thinkers.   There are  numerous factors that move a culture toward truth and high-minded freedom or toward fallacy and the dust bin of history.   But usually there are one or two of the reasons that are paramount while the others are only secondary.   In this case, the paramount reason is the deliberate ideology of “Cultural Marxism” that has invaded our nation.

Americans are being dumbed down to a vulgarian’s existence with Orwell’s famous reversal of definitions (“Ignorance is Strength, Slavery is Freedom”) infecting everything in which we partake.  Our most treasured values have been turned upside down in a diabolical, “behind-the-curtain,” Marxist orchestration that has taken over our schools, churches, movies, publishers and media in the way gangrene spreads its pustules up the length of a man’s legs to invade his body’s core where the lungs and heart reside.

Everything that previously was an evil now becomes a virtue while all the old virtues become evils.  Individualism, self-reliance, property, profit, family, traditional marriage, fidelity to spouse, strength of will, personal honor, rising through merit — all these integral pillars of our civilization become distinctive evils that oppress us as humans. They must be rooted out of our existence.  This has always been the ideology of Marxism – to root out the fundamentals of Judeo-Christian civilization and the freedoms it created in America.

Can the traditional, Americanized vision that the Founding Fathers forged be saved?    The struggle  we face is titanic.   It will require a Herculean effort to win, and the struggle is not relegated solely to Americans.   All those throughout the West who love freedom and the resplendent values upon which it stands are inescapably drawn into this conflict whether they realize it or not.   We are, all of us, confronted with a dreadful future because of the immense evil and falsity of past thinkers such as Marx,  or Lenin.  The only alternative to engaging their progeny in battle is to let these destroyers of our culture win by default — which is utterly unacceptable.

“A nation can survive its fools, and even the ambitious. But it cannot survive treason from within. An enemy at the gates is less formidable, for he is known and carries his banner openly. But the traitor moves amongst those within the gate freely, his sly whispers rustling through all the alleys, heard in the very halls of government itself.  For the traitor appears not a traitor; he speaks in accents familiar to his victims, and he wears their face and their arguments, he appeals to the baseness that lies deep in the hearts of all men. He rots the soul of a nation, he works secretly and unknown in the night to undermine the pillars of the city, he infects the body politic so that it can no longer resist.  A murderer is less to fear.” — Cicero (106-43 BC)

← What Democracy Does
The Pilgrims Tried Socialism And Failed →