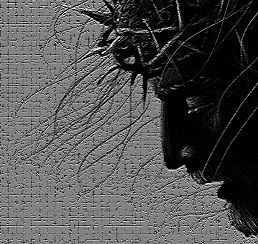 In the common wisdom of the day Christianity is just another religion among many in our world. A careful examination will prove otherwise and the reasons why this is true are what define true faith in Christ from mere religious practice.

In the seventeenth chapter of Matthew the Apostles Peter, James and John were with Christ when he was transfigured (glowing or glorified) and seen talking with Moses and Elijah. Instead of trying to hear what was being said between the three, Peter decided that building a shrine to commemorate the event would be a better idea. A voice came from above that changed Peters mind and is still changing minds to this day. The voice said “This is my beloved Son, in whom I am well pleased; hear ye him.” (Mt 17:5)

Here was a microcosmic but very typical example of mans penchant for religion and God’s answer to it. Peter wanted a shrine, a building or edifice to mark the spot where something happened. God wanted them to hear and see Jesus. To understand this is to see what separates real Christianity from religion.

Ecclesia is the Greek word used in the New Testament to describe the church. It has nothing to do with a religious system or a building. It refers to a called out body of believers made up of individuals. The church is a group of believers with or without a cathedral or building. The idea of going to church has long supplanted this definition. But such a connotation of the word cannot change the definition. The believers themselves are the church.

Christ was very careful not to instruct his disciples to build churches, shrines or an edifice to centralize his deity or worship. He told them rather to go out into the world and live out his message and tell it to others. How well he knew that we would make another religion out of his life in record time. It had already happened with the previous revelation God gave to the Hebrews.

The Mosaic form of religion reached its height around the time of Jesus. With the Temple in Jerusalem at its center, it was a swelling complexity of oral and written traditions that would be hard to contain in the largest computer data bases of today. Christ spent a good deal of time resisting the extremes of that system and rebuking its leaders for their shallowness and misconceptions about what God really wanted and who He really is. Christ called its leaders a generation of snakes and said they used their religious rules and codes to laden men with mountains of unnecessary restrictions and meaningless rules.

In the Christian era it is said that Catholicism with its centuries of encyclicals, patristic teachings, ex cathedra and pontifical statements is ancient Judaism’s twin. In this late hour in time many churches have slouched into the same patterns including many historical denominations of the protestant movement. These religious bodies are not wrong because they are burgeoning but because they are heavy with the weight of their own complexity. Resultantly they offer much less to a troubled world that doesn’t even have time for itself, much less a fat religion that only adds to the stress of the modern day.

What has happened to Catholicism has been the problem for all the once great Christian churches or movements. They laid a construct over the simple gospel one single strand at a time. Doctrines, viewpoints, rules and codes some explicit, some implied and some harshly enforced.

Like the ancient Hebrews who had ceremonial laws, hygienic laws and moral laws to deal with, the more external forms of the religion finally cover the more important spiritual and moral aspects of it. The construct that so carefully was laid out for them became the obstruction that kept them from seeing the original all important first messages. When the simplicity of the gospel is covered by mountains of rules, liturgy and ceremony it becomes a sort of vaccination that keeps people from getting the real thing – which is a way of life, not a religion.

When the believers in the first century had not yet formed any denominations or sects they were told to tell others about Christ’s new way of life. “Go, stand and speak in the temple to the people all the words of this life” (Acts 5:20)  Jesus had told them often that he came to bring life to men not another religion.

Knowing that mans proclivity to religion was second only to his tendency to sinfulness, Christ instituted two and only two outward ceremonial ordinances which were keeping the Passover and water baptism of repentant adults, not children or infants.

Religious leaders added statements of faith, extra biblical doctrines, ceremonial observances, liturgies, rules of conduct, sacraments and the list goes on and on. If Christ were on earth today he would rarely ever be invited as the guest speaker in many churches. He would no doubt be found rebuking the religious nonsense of today’s church as he did centuries ago.

What really separates true Christianity from all religions in the world is simply that it is not a religion at all. Men have devised complex systems of piety and religious observance of every kind in an effort to placate or appease God.

The remaining difference between faith in Christ and all other religions is that Christ alone will show up at the end and judge the living and the dead. He alone will take the governments of the world away from man and rule as Sovereign Lord of all.

We debate religion but God will judge the souls of men, not by some religious belief system but by the example He showed of His life, His death on the cross for the sins of the world, His resurrection from the dead and every word He uttered during His life.

We will not be able to argue the matter of our lives or offer God our adherence to some religious system as an answer. Jesus said, “He that rejecteth me, and receiveth not my words, hath one that judgeth him: the word that I have spoken, the same shall judge him in the last day.” (John 12:48)

← The Anything But Equality Act
The War Against Christianity Has Begun →