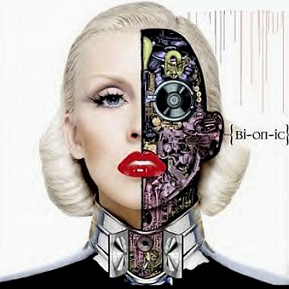 Transhumanism is moving from the fringes of science fiction into the academic mainstream as supporters are developing new technologies to enhance human intellectual and physical abilities.

Scholars such as Professor Yuval Harari of Yale go so far to suggest that recent breakthroughs will soon allow humans to “upgrade themselves into gods.” What could possibly go wrong?

While many are debating the scientific plausibility of making the human body obsolete within the next 60 years, few are seriously considering the moral ramifications of transcending our biological limitations. This type of technology would take us  into a very dark place.

Julian Huxley, the father of the modern transhumanism movement, in his 1957 essay, New Bottles for New Wine, claimed that after hundreds of thousands of years of evolution by natural selection, mankind was ready to become “the managing director of the biggest business for all – the business of evolution.”  It was Huxley’s belief that technologies would one day allow the human race to reengineer its own biology and become its own creator.

Educated at Oxford,  Julian, the brother of novelist Aldous Huxley, was born in Britain and educated as a biologist at Oxford.  Julian described himself as “not merely agnostic” but as someone who “disbelieved in a person God and a disbeliever in the existence of Heaven or Hell…”  In his book Religion Without Revelation, he wrote “Operationally, God is beginning to resemble not a ruler, but the last fading smile of a cosmic Cheshire Cat.”

Transhumanism, as preached by Huxley, is nothing more than eugenics, a science dedicated to the Darwinist philosophy of survival of the fittest.  The truth is, eugenics never had any true desire to “evolve” mankind, only to destroy that which they felt were inferior.  Huxley once said that “…they (the peasants) must not have too easy access to relief or hospital treatment lest the removal of the last check on natural selection should make it too easy for children to be produced or to survive; long unemployment should be a ground for sterilization.”

Now that Huxley’s dream has moved into the twenty-first century, transhumanism has become the futurist thinking in Silicon Valley and other centers of innovation.

Hedge fund manager Joon Yung offered $1 million to any scientist who could “hack the code of life” and genetically engineer humans that could live beyond 120 years.  Molecular biologist Cynthia Kenyon engineered roundworms that live 6 times longer than the normal life span of roundworms.  Google opened an entire division dedicated to reverse engineering the genes that control human life spans.

Other scientists believing the key to immortality isn’t biological but technological have dedicated their lives to inventing mechanical human organs that could substituted for natural organs that wear out – sort of like replacing an alternator every 100,000 years.

The first synthetic trachea, grown from a patient’s own stem cells, was transplanted into a man with cancer in 2011. With synthetic tissue growth and 3D printing, scientists now say that it may soon become difficult to distinguish manufactured mechanical organs from natural biological organs.

Still others cling to ‘technological singularity’ which is the belief that artificial intelligence will exceed natural human intelligence. When that actually happens  they claim they will be able to upload human consciousness to a computer extending existence forever. As each computer wears out the data is transferred to another, and another, and another, etc. making human bodies obsolete and immortality a reality.  Should we be concerned?  Once mankind is liberated (?) from biological constraints, what next?

Philosopher Francis Fukuyama describes transhumanism as the world’s most dangerous ideology with its first victim – equality.  He wrote in Foreign Policy that “…the most serious political fights in the history of the U.S. have been over who qualifies as fully human….If we start transforming ourselves into something superior, what rights will these enhanced creatures claim and what rights will they possess compared to those left behind?”  Good question!

Imagine a world where dictators like Hitler or Stalin used their positions of power to take advantage of this technology.  Imagine power hungry generals deploying super soldiers to slaughter their enemies.  Imagine the rich using their wealth to buy immortality. Imagine Aldous Huxley’s book, A Brave New World, not as some dystopian nightmare – but a living reality.

Humanity’s most serious problems are not biological or technological, they’re spiritual. We can send spaceships to Mars, map the human genome, craft synthetic organs, and unlock the secrets of the atom but we can’t figure out how to get along, how to respect other human beings or how to live in harmony with nature and God.

Man may seek to extend his natural life span or seek immortality but eventually he will have to face the reality that not only is he mortal but is also immoral.

Source:  Immortal Cyborgs: Is This Humanity’s Future? by Andrew Miller