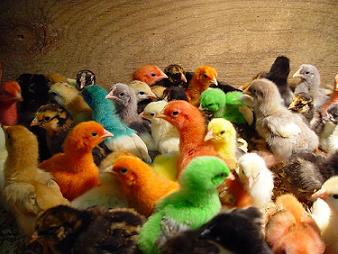 Purveyors of the diversity movement ask us to embrace the concept as an important part of our future. In theory we are great proponents of diversity. In practice? Does anyone really understand what it means? Diversity as defined in the dictionary, is the condition of being different.  Everyone is different!

The left has twisted the meaning to specifically embrace race and culture, with an assortment of homosexuals, pedophiles and the gender confused thrown in for good measure. The truth is, diversity extends far beyond race and culture and your sexual desires or identity. There are primary differences that we cannot change, such as our age, race, gender, physical qualities, etc. and then there are those secondary differences that we have the power to change, should we want to,  such as our income, education, religious beliefs, military service, where we live, our family status, etc.

The global world, the world of pluralists that embraces political correctness, demanding tolerance and diversity are the leftist goals to destroy the U.S. –  America must become a multi-ethnic, multi-cultural, multi-religious and polyglot utopian society. After all, isn’t it our racial, ethnic and sexual diversity that makes us strong that leads to greater communication, understanding, mutual respect, social harmony, and all that jazz?   A 2007 study based on detailed interviews of nearly 30,000 people across America, concluded just the opposite.

Harvard political scientist Robert Putnam found that more diverse communities tended to be larger, have a greater income range, higher crime rate and more mobility, all factors that depress social cohesion, the bond that holds society together through common values, beliefs and behaviors. In a cohesive society, individuals are apt to see themselves as a part of a greater whole, and to act in a way that upholds the accepted values of the society even if they don’t personally agree.

The greater the diversity in a community, the fewer people vote and the less they volunteer, the less they give to charity and work on community projects. In the most diverse communities, neighbors trust one another about half as much as they do in the most homogenous settings. The study, the largest ever on civic engagement in America, found that virtually all measures of civic health are lower in more diverse settings.

So, for all that diversity PC hype, what has the left saddled us with?  Colleges are less tolerant than ever before; people who hold traditional views on family and marriage are dismissed as bigots, racists and homophobes; pro-life now means anti-women; contraceptives now means the murder of unborn babies; patriotism now means domestic terrorist; pro-gun is now potential murderer; white is automatically racists; opposing views to the leftist agenda are no longer tolerated; and people of color, the LBGT crowd and other non-white ethnic heritages have wrapped themselves in the idea that “I am my views,” putting them into a privileged position beyond criticism.

Diversity does not make us a nation but apparently it can and is destroying our nation.

French historian Ernest Renan says that a nation “is a soul, a spiritual principle.  Two things, which, in truth, are really once, constitute this soul, this spiritual principle. One is the past, the other is the present. One is the possession in common of a rich legacy of memories; the other is the present day consent, the desire to live together, the will to continue to value the undivided heritage one has received. . .To have the glory of the past in common, a shared will in the present; to have done great deeds together, and want to do more of them, are the essential conditions for the constitution of a people. . .One loves the house which one has built and passes on.”

The Constitution is the shared pivot around which all patriot Americans rotate. The existence of a nation is a daily plebiscite, in the same way that individual existence is a perpetual affirmation of life.

“Man is a slave neither of his race nor his language, nor of his religion, nor of the course of rivers nor of the direction taken by mountain chains. A large aggregate of men, healthy in mind and warm of heart, creates the kind of moral conscience which we call a nation.” Ernest Renan

source:  What is a Nation by Ernest Renan; The Diversity Movement; Defeating Itself by Jay Haug, American Thinker