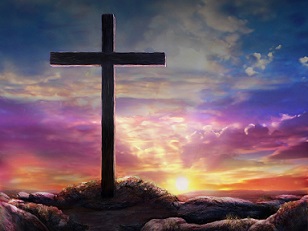 Atheists have always resented Christians binding goodness to God although we insist that there is a necessary connection. In fact, atheists adamantly insist that they are as decent, kind, good, and altruistic as Christians are. I don’t believe that for a minute. Some atheists may be fairly good people, but generally, one cannot be good without God!

While anyone may choose to be kind, decent, and gracious, there is no compelling reason for him to choose to do so if there is no God. With God, there is obligation. If there is no God then how one treats others is inconsequential. His mistreatment of the innocent and weak will not be faced in eternity since there is no eternity–according to their perverted view.

But there is a God and eternity is in the future of every person on earth.

Plato wrote about goodness as it relates to education of children: “We educate them so that they become a good person, because good persons behave nobly.” All societies want noble citizens since the result will be a well-ordered citizenry producing peace, prosperity, and progress.

The principled Irishman, Edmund Burke, wrote of valor, honor, duty, responsibility, compassion, and civility. As a Member of the English Parliament for many years, he supported American independence and criticized the French Revolution. He practiced what he preached.

Of course, we must define “goodness” to make any kind of sense in this discussion. The Bible declares there is none good, no not one, but I am speaking of the general or obvious “goodness.”

The philosophically minded will demand a definition of “good” and that is not unreasonable although most people usually know the difference in good and bad, right and wrong. Basically, everything that is forbidden in the Bible is bad and that which is commended is good. We can start with the Ten Commandments and move on to other requirements. So, up front, we know that it is always wrong to lie, steal, kill, lust, mistreat animals and people, covet things, use illegal drugs and alcohol, and not go to church. Not a bad start.

Atheists are right in that I don’t have the authority to decide what is right and wrong for others but God sure has that authority and sets it forth in the Bible. If not, then there is no place on earth where the answer can be found. And that is true for those who don’t believe the Bible. The standard is still there and everyone will be held to that standard even if they profess profusely that they don’t believe it.

Society ridiculed and rejected the Ten Commandments and the teaching of Christ and is surprised that we have a generation without character or honor and has no desire for duty. C. S. Lewis wrote, “We laugh at honor and are shocked to find traitors in our midst…We castrate and bid the geldings be fruitful.” We have sired a generation of tattooed and pierced street thugs who have no convictions about anything. Their mantra is, “Whatever.” They are non-thinkers who jump to support any minority or subculture without considering the possibility they may be defending culprits and encouraging them in destructive behavior.

Sane people are horrified at the violence, vileness, and vulgarity that is everywhere; yet what else could be expected? We are responsible for this generation. If not, then who is? We have removed the teaching of morals, mores, and manners from public schools and see our streets filled with disobedient, disgusting, and dangerous children only a mother could love.

When we do wrong then there is a price to pay since another scriptural precept is that one can never get away with doing wrong. There is always a payday someday. If not here, then hereafter.

By goodness, I am not just referring to obeying laws, paying bills, and not pushing little old ladies into traffic. That is a given. I mean being decent in language, honest in all dealings, doing the right thing all the time, living honestly and honorably, and when we lapse (as we all do from time to time), there is regret, repentance, and reformation.

I am referring to doing one’s duty as a husband and father by working hard, being an example to children, and being faithful to his wife–mentally, emotionally, and physically. He makes his wife the most important person in his life, cherishing her above all others, and building her up in every way. I refer to a wife being kind, thoughtful, modest, gracious, obedient, doing her duty as a mother and wife.

I refer to children who are obedient and disciplined–honoring, respecting, and obeying their parents. Children who would never bring shame to the family by wicked, irresponsible behavior; they will work hard in school and never cause a problem in the classroom because that is not “right.”

I’m referring to college students who will study hard and not party, play, and protest while parents sacrifice to pay their college bills. They will confront arrogant university professors who spout immature, illogical, and insane philosophies. When professors seek to defend their reckless rantings, courageous students will refute them realizing that the professors are defending a castle in ruins.

I am referring to employees who do quality work without trying to evade responsibilities by permitting someone else to do their work. Workers should do more work than is expected of them by their employer; after all, if not then why would they ever get a raise?

I’m referring to pastors who are dedicated to truth and will preach it without fear. And, if fearful, still preach it anyway even if it affects the offerings. I refer to pastors committed to the discipline of church members who transgress the church covenant and the Bible even if most members don’t like such “judgmental” discipline.

I’m referring to journalists who are committed to the facts, not fiction and fraud, who will report a story even if it negatively impacts a friend or associate. Or their political party.

Atheists may be “good” and declare that no credit be given to belief in the Bible since they never read the Bible, never went to church, and were life-time atheists; however, what they believe has been absorbed into their inner core over a lifetime. Without knowing it or being willing to admit it, they base their “goodness” on the Bible! There is no “goodness” without God. Without some biblical influence, they would be sitting around a fire chewing on the bones of a neighbor.

Is goodness the same in every culture? Would murder and rape be wrong if there were no God? A few obscure South American tribes consider fornication the norm; however, they have always been far removed from biblical influence but are still held to the same standard. Fornication is always wrong in every location.

However, everyone wants to be exonerated from personal guilt. We don’t want to recognize evil as evil and we will decide what is good. That way no one is guilty of anything.

Those of us who talk about guilt are accused of being narrow minded bigots who try to cram our religious beliefs down the throat of others. It seems no one is accountable even to his own conscience.

The barbarians are not beating on the gates or climbing the walls; they are coming at us from our churches, colleges, and communities. They are home-grown barbarians. Even the Washington Post recognized our condition when they opined, “common decency can no longer be described as common” and the New Republic seemed to agree: “There is a destructive sense that nothing is true and everything is permitted.”

That is because the standard has been ridiculed, repressed, and rejected.

If there is no God then what is the foundation for right and wrong? Anyone and everyone can decide what is right and wrong and no one can rightfully disagree if there is no definitive standard. We are told that an inflexible authority (Bible) is out of date in a fast changing world. But is the Bible unreliable because it is ancient?

God warned ancient Israel not to remove the landmarks; but that is what modern man has done and has come under His judgment.

God for sure knows the difference in good and bad, right and wrong and so do we. And we all will give an account someday as to how we responded to it.

Can One Be Good Without God? by Dr. Don Boys, CST News