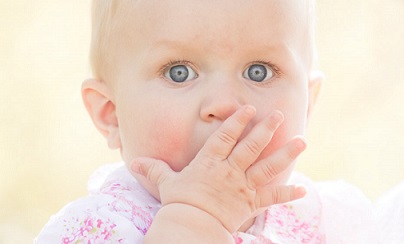 Since the publication in 1968 of Professor Paul Ehrich’s book, The Population Bomb, we have beaten over the head with the idea that the only way to save the planet was to quit having so many children or face starvation.

At the 1974 World Population Conference in Romania, the need to lower the world’s population was front and center as part of a sustainable socioeconomic environmental agenda that would later be rolled in the 1992 Agenda 21 program. Nations were encouraged to adopt and push the use of modern birth control methods like contraceptives and condoms. It was only with the passage of Roe v. Wade that abortion became part of the population control agenda.

Since Roe v. Wade legalized the murder of unborn children, over 62.6 million babies have died.  The birth rate has fallen to a point where it is too low to replenish our aging population.  And it’s not just in the U.S.  According to the World Health Organization, every year in the world an estimated 40-50 million unborn babies are murdered to save the planet. It is, according to  Historian Niall Ferguson,  “the greatest sustained reduction in European population since the Black Death.”

The low live birth rate effects on economies, personal wealth and living standards are far reaching. In Japan, sales of adult diapers are close to exceeding the sale of baby diapers and by 2030, the country is projected to have the second-largest population of older people among developed countries. Towns are emptying in Germany and Italy where there aren’t enough children to replace older populations and in South Korea, primary schools have been closed because there are no new students to fill them. In China, where the working age population shrunk due to their one child policy, the government has relaxed its hold on families but so far it hasn’t helped.

At home, the shrinking workforce has led to a shrinking economy with fewer people paying into government programs like Social Security and Medicare. The current system requires the payroll taxes of three full-time workers to support just one retiree. Currently, there are only 2.8 workers per retiree and as an ever increasing baby boomer population retires, that ratio is projected to fall to 2.1 workers per retiree by 2040. Even raising payroll taxes or cutting Social Security benefits will not save the system because of the demographic decline.

To bring solvency, Bloomberg reporters Dave Merrill and Chloe Whiteaker estimate that birth rates need to increase to 4.2 children per woman. Otherwise, the immigration rate needs to quadruple to 4.4 million per year to fill the nation’s workforce deficit. Without a baby boom or an immigration boom, America’s workforce is projected to shrink by 7 million people over the next 20 years.  The immigration boom, according to Mark Steyn will “ensure more failed states…. We cannot fix failed states by inviting millions of immigrants to move in with us,” without expecting our Western culture and values to vaporize.  “You’ll be yearning to breathe free and there will be nowhere to do it.”

Economists say it is rare for the number of working-age people as a share of the total population to fall in so many major countries at the same time. It’s usually because of war and famine, although such proportions also fell in the 1950s as baby boomers were born and populations surged. The six countries with declining proportions of working-age people now, plus China, accounted for 60% of global economic output in 2012, according to Haver Analytics, a research firm.

The impact of this “birth dearth” is not lost on European leaders and their counterparts in Asia either. They’ve gone to extreme, and at times comical lengths, to reverse the trend. Denmark had a “Do it for Denmark” ad campaign. Russia offered women money, cars, refrigerators, etc. to have a second child and Singapore even went so far as to establish a government-run dating service in a bid to increase one of the lowest fertility rates in the developed world. Italy and Malaysia offered not only financial incentives but support services for new mothers.

When the over-population scare began in the late 1960s, the world population was increasing at a rate of more than 2% per year. It is now increasing at less than 1% per year, and this rate is expected to continue to drop due to continuing population control activities.

From the very beginning, the concept of a “population explosion” was an ideologically motivated false alarm. In fact, population control ideologies and programs make it even more difficult to respond to the impending grave crisis looming in the form of a disastrous worldwide “population implosion.” It is time to begin urging families to have more children, not less, if we are to avoid a worldwide demographic catastrophe.

“Children are not an obstacle to development; they are the hope for the future of any society. People are not the problem, they are the solution.” Brian Clowes, Ph.D.

← The Historical Significance of the Bible
Calamity Kamala – An International Laughingstock →