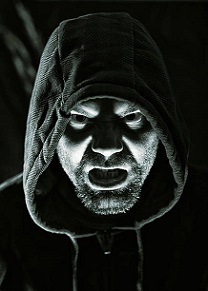 The face of the Lord is against them that do evil, to cut off the rememberance of them from the earth… Evil shall slay the wicked: and they that hate the righteous shall b desolate. The Lord redeemeth the soul of his servants; and none of them that trust in him shall be desolate.  Psalm 34: 16-22

Culturally, Americans live in a nation controlled and subjugated by the left intent on forcing their values on the rest of us. How did we get into this big mess?

The party that was once represented by JFK and the “Blue Dog” coalition has all but been taken over by the worst that American society can offer.  Whether it’s preaching Socialism, Communism or Marxism; trying to shame Americans for their beliefs; fighting to take away constitutional rights; or even rewriting American history, the Left’s fundamental goal, as former President Barack Obama liked to say is to “fundamentally transform America.”

There are no areas in which the left is working for the betterment of American citizens or to advance the cause of individual liberty. Their entire existence is set on destroying America.

Everything the left stands for is a lie, and everything they advocate for is a cover for those lies. Every agenda they push is the antithesis of what made this country the beacon of liberty for the world.

There is no lie too big to tell and no shortage of people conditioned and willing to believe it. You can’t “compromise “with that, you must destroy it before it destroys you.  It’s not enough to beat it an election or two, it must be thoroughly decimated. If it is not destroyed, it will win. If it wins, it’s over.

Unfortunately for the left, humans adapt.  Sheep may always go on being eaten by wolves, but humans who are preyed upon learn defensive and offensive strategies. A polarized society split between progressives and traditionalists, between good and evil is a conflict that the left cannot and must not win.

Evil cannot survive naturally.  It has to infect others by spreading the disease of its own instability to survive. And make no mistake, evil will do anything to survive, even as it dooms itself and everyone around it.

The time has come for Americans of all races to snap out of their complacency and stop being played for fools. The American left and the Democrat party have but one goal: to assume in perpetuity the reins of power and transform the nation into a one-party hybrid socialist state.  They do not care if someone is African American, Hispanic, Asian, or White as long as they can manipulate these groups by pitting one against the other.  They are ruthless in their tactics and determined to prevail.

source:  The Democratic Party Needs to Be Destroyed Before It Destroys the County by Kerek Hunter, Townhall; The Democrat Party Has Declared War on America by Steve McCann, American Thinker

← Our Last Hope
The Assault on Our Children →