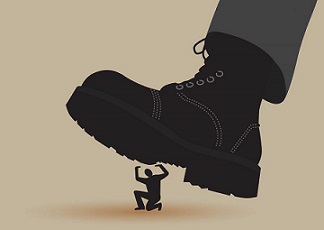 I have read a lot of comments online. One time I saw one that particularly intrigued me, though not in the way its writer intended. I don’t remember what the story was about, but it dealt with one of those issues where the reactions reveal a sharp divide between Christians and non-Christians.

The comment in question began, “Hey Christians – if you don’t want to be hated, here’s what you need to do.”  In essence the writer said Christians should just completely abandon their convictions in controversial but crucial areas.

Well, I have news for the author of the comment: It is not our goal as Christians to avoid being hated. On numerous occasions, Jesus promised us that we would be hated. That is something we should expect and even embrace. Let’s just be sure we are hated for the right reasons. Being hated for the wrong reasons is not something to be embraced, let alone celebrated.

The prophets were stoned more than applauded, hated more than celebrated, persecuted more than praised. Jesus said it would be the same for us – because of Him.

We live in a world where people act as if truth has to pass through their acceptability filter in order to be acknowledge as truth. They do not like to be reminded that “right” is not synonymous with what they want.

Our task as Christians is to inform and remind people of the truth; the truth that has set us free and can set them free as well. Whether or not others welcome or even tolerate that truth is not our concern.  It is our job to plant the seed.  Only God can make it grow.

Our task is not to be liked by everyone. Rather, our task involves being hated for the right reasons.

source:  If we are to be Hated, let it Be for the Right Reason by Michael Brown, Townhall

← America is Worth Fighting For!
The Emperor’s New Clothes →